He’s so lucky! Adam Rippon has met a ton of celebrities since winning a bronze medal at the 2018 Winter Olympics. He’s shaken hands with his “soulmate” Reese Witherspoon, partied with Shawn Mendes, and “fell in love” with Mandy Moore. Yet, there is one star who changed his life forever: Britney Spears.

Rippon, who will be a contestant on the upcoming season of Dancing with the Stars: Athletes, told Us Weekly all about the “life-changing” meeting, which happened Thursday, April 12, at the GLAAD Awards in Los Angeles.

“I opened the show with Gus [Kenworthy] and then I had to run to the airport to take the red eye to come here today, and they said, ‘Before you go there is someone here that wants to meet you and Gus,’” Rippon, 28, told Us on Friday, April 13 at the DWTS press event in New York City. “We go into a room where she is sitting and we met her and she was very, very sweet.”

During the 2018 Olympics, Spears showed Rippon some Twitter love, writing, “Just wanted let you know that I am a fan, I am not in denial, and that you are THE MOST FUN!!”

Rippon responded with, “I could feel you on the ice with me … Thank you for not being in denial, LOVE YOU.”

So what did the 36-year-old pop star and the two Olympians chat about in their first face-to-face meeting? Well, just how good they smelled! 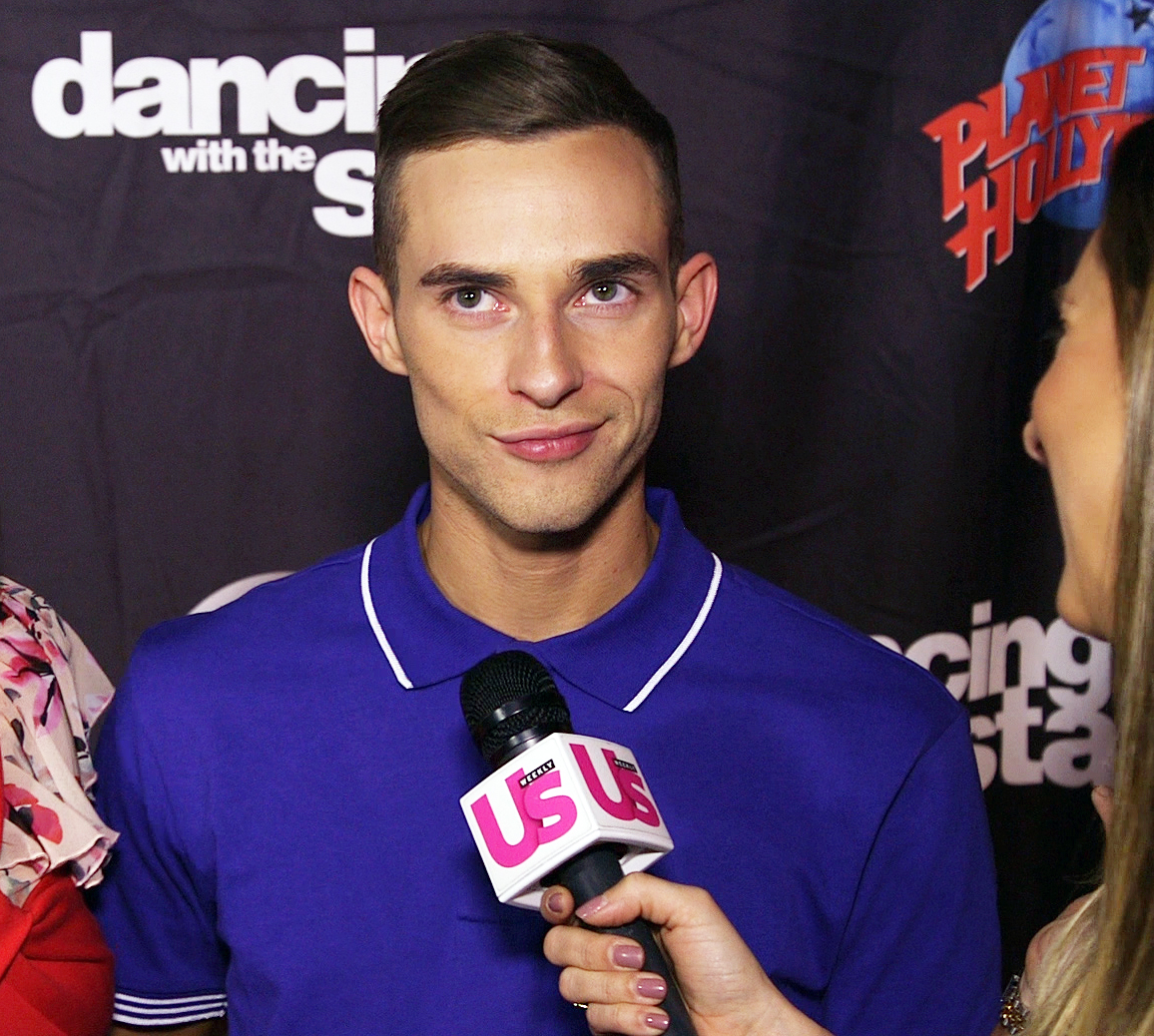 While Rippon couldn’t return the compliment since he “couldn’t smell anything over” himself, he did thank Spears for the kind words.

The athlete then joked, “Then she was like, ‘Get out of my room,’ and ‘How did you get in here? Security!’”

Dancing With the Stars: Athletes premieres on ABC Monday, April 30, at 8 p.m. ET.