Taskmaster has become quite the sensation, as the daft panel show combines elements from other game shows to make one big nonsensical comedy. It’s come a long way since host Alex Horne, 42, came up with the idea in 2009 to set 20 comedians monthly tasks over the course of a year, but while he and his co-host Greg Davies, 52, may seem to detest each other on the show, it’s allowed them to form an “unlikely friendship” with one another.

The show has since had over 70 episodes – each funnier than the last, mainly down to the ridiculous challenges and the relationship between the duo on-screen.

Greg has long been known for his “mean” persona, something which stuck with him since his debut as headteacher Mr Gilbert in the Channel 4 hit comedy The Inbetweeners.

Brushing off the fact people think he has “genuine authority” in life, he referred to himself as “shambolic”, whereas Alex noted how his co-host’s attitude towards him has significantly changed since they filmed the pilot episode for the show.

“You probably started off being quite nice to me. That’s completely flipped,” he laughed. 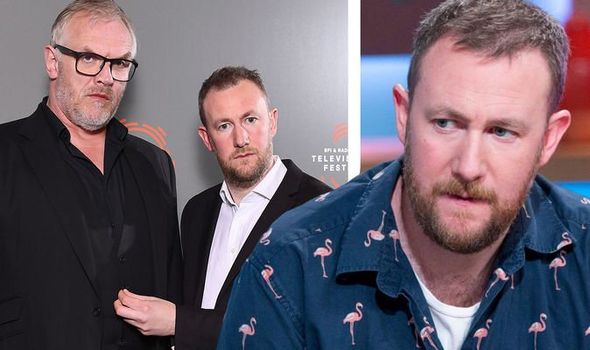 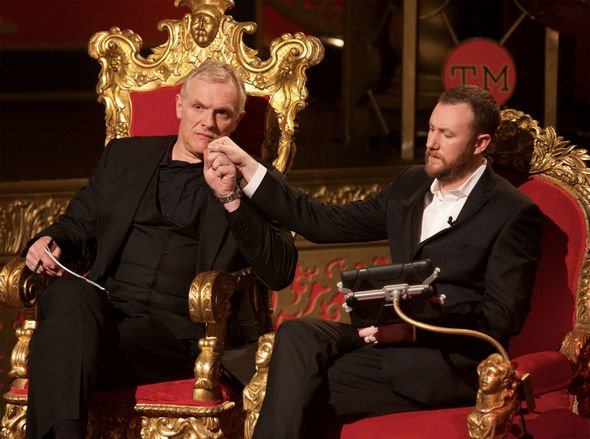 But away from the show the two have begun some sort of companionship, despite their very different lifestyles.

“We lead quite different lives, because I’m in a house in the countryside, doing the school run – and Greg’s in a flat in London and has more of a single lifestyle,” Alex said.

“He’s been to mine and seen the kids and stuff, and I really love going to his flat. It’s nice not to have to talk about children all the time.”

Alex is married to Rachel Horne, who reads the morning news bulletins on Chris Evans’ Virgin Radio Show, and the pair share three children together. 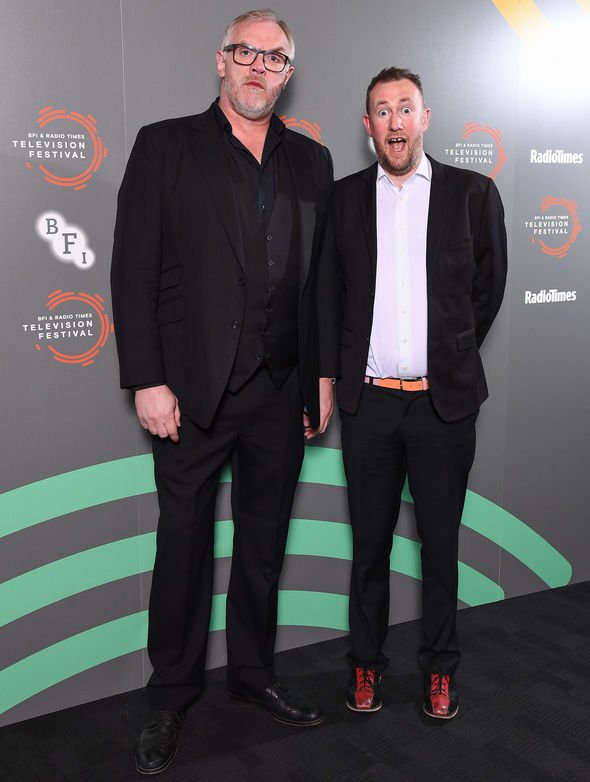 It’s thought that Greg is currently not in a relationship, living the bachelors life in the city.

“I’m just so full of bluster compared to Alex,” he told Radio Times.

“He’s a real doer, yet I think I’m a bit of a foghorn by comparison.

But the pair agreed if it wasn’t for the show, they probably wouldn’t have “found each other”.

Alex responded to the question with a swift ‘No’, as Greg laughed: “I don’t either.”

But one of the things Taskmaster fans love most about the show is the dynamic between the two presenters.

Greg notes that while it appears he is being “consistently awful” to Alex, it’s just part of the on-going joke. 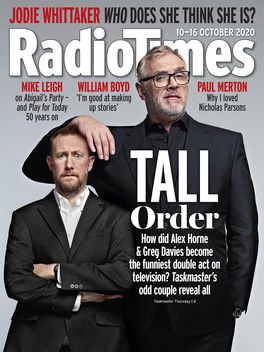 “The dynamic has somehow morphed into all of my rage being channelled Alex’s way,” he said.

But with a loyal fandom of more than a million viewers a week tuning in, they must be doing something right.

The duo’s full interview is available to read now in Radio Times.

The new series of Taskmaster begins 15 October on Channel 4.