Alex Scott: Strictly 2019 star and partner Neil Jones enjoy another night out together 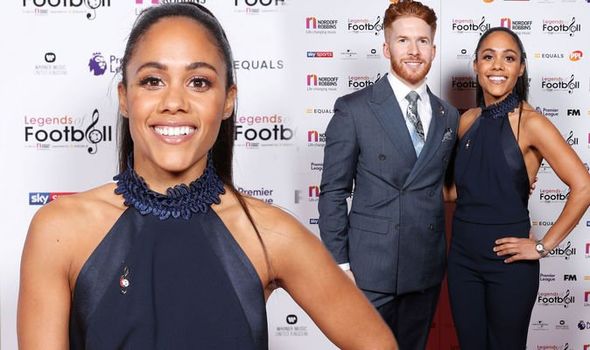 The former Arsenal footballer donned a stylish halterneck playsuit for an appearance at the Legends of Football award ceremony which took place at London’s Grosvenor House hotel.

The sports star-turned TV pundit showed off her fantastic figure in the form-fitted trouser suit which featured an interesting white string detail at the back.

Wearing her hair in a high ponytail, the television star took to social media to show off her outfit from all angles in a short clip posted on her Instagram Stories.

Alex captioned the footage, which she shared with her 294,000 followers: “About last night.”

At the charity football event, the former England player, posed for pictures with her Strictly partner Neil Jones, 37, before taking to the stage with breakdancing magician Magical Bones.

The fundraising gala, which was in aid of music therapy charity Nordoff Robbins, presented former Arsenal manager Sir Arsene Wenger, 69, with the “absolute legend” trophy on the night.

True to form, the professional ballroom and Latin dancer looked sharp for the occasion, opting for a blue pinstriped suit and patterned tie. 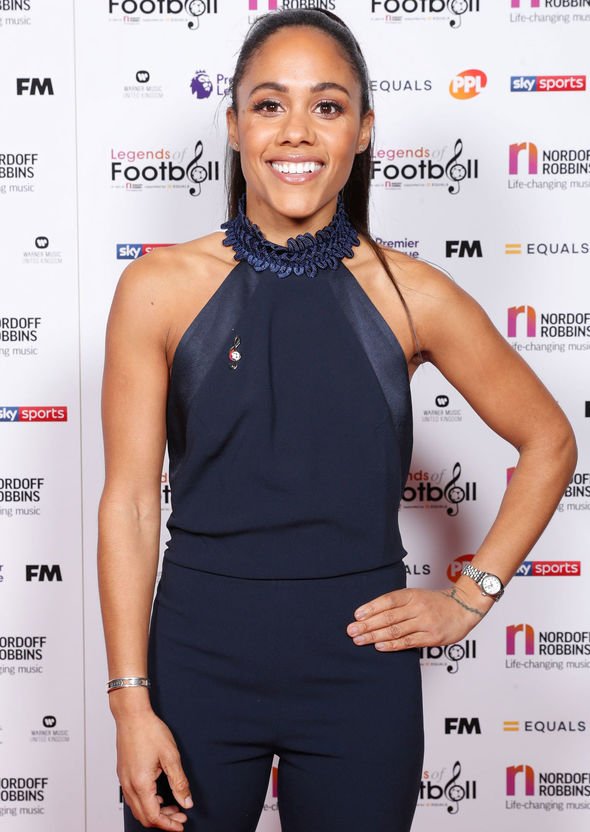 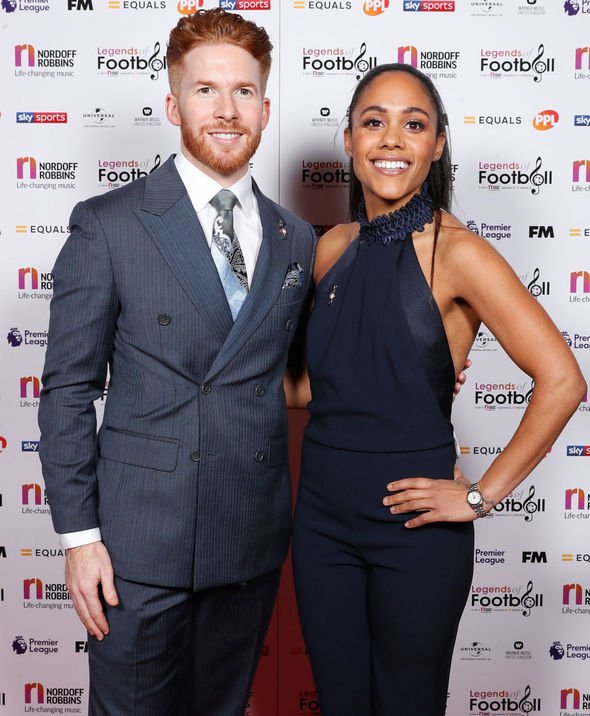 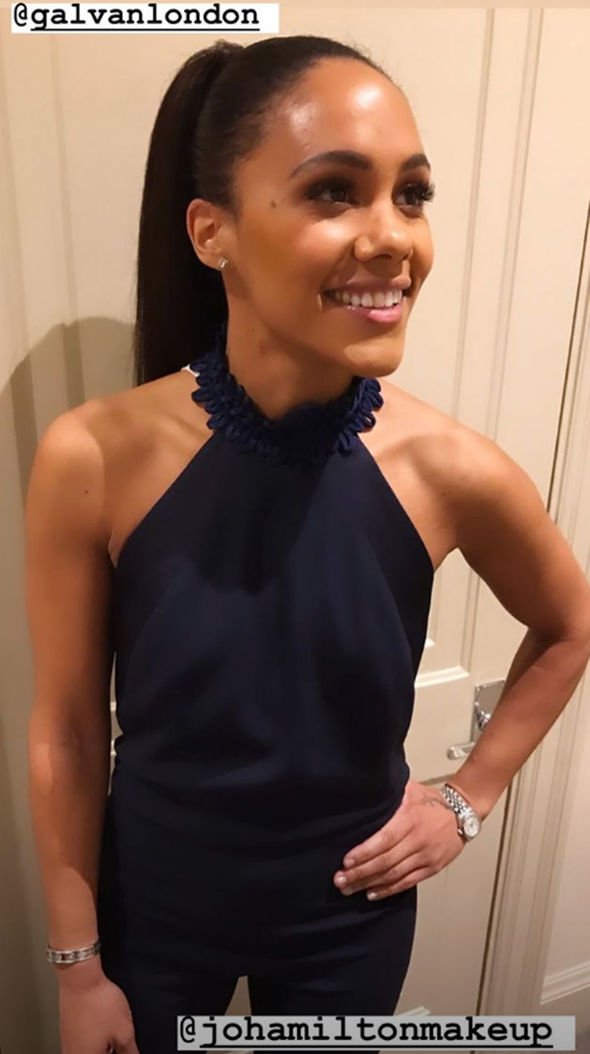 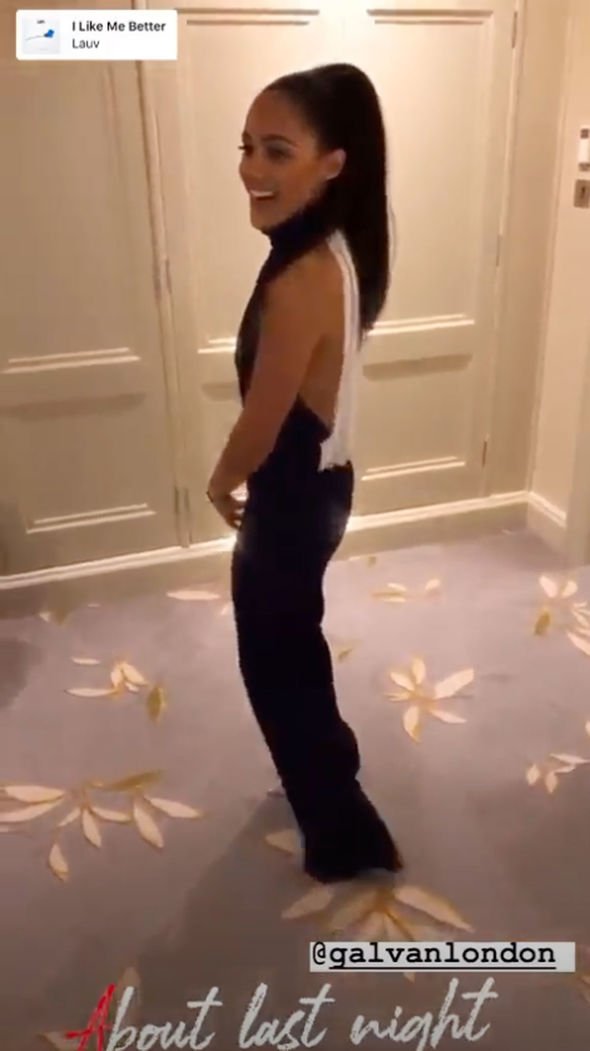 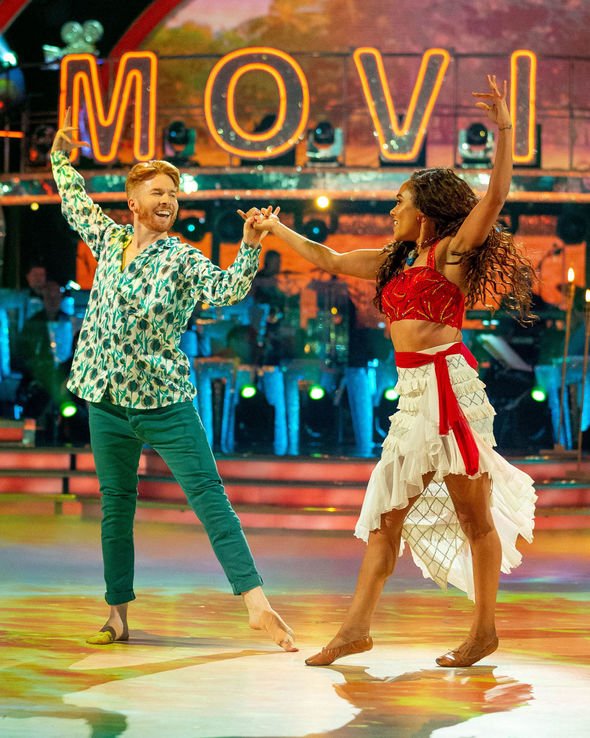 At the weekend, the dancing duo performed a Moana-inspired Rumba routine to How Far I’ll Go from the film’s soundtrack for Movie Week.

They earned a score of good score of 23 points and avoided the second round of eliminations to stay in the competition.

TV star Anneka Rice,60, and her partner Kevin Clifton, 36, left the competition after failing to impress the judges with their Kill Bill-themed dance.

Strictly Come Dancing continues on BBC One tonight at 7:15pm