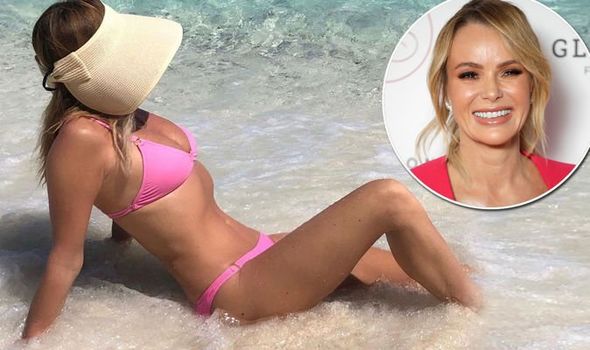 The Heart Breakfast presenter, who broke her leg in two places during her last family vacation, is currently soaking up the sun in warmer climates with her husband Chris Hughes and children Lexi, 13, and Hollie, 7.

The Britain’s Got Talent star showcased her toned and tanned figure in a hot pink bikini in pictures posted on Instagram on Sunday.

The blonde beauty can be seen lying in the sea as the waves crash around her, with a sun visor covering her face and her flat stomach on full display.

Amanda captioned the snap, which she shared with her 1.3 million followers: “Handmaid on #holiday #bikini @melissaodabash #breathe in.”

In her post, the popular presenter likened the sun visor she was wearing to the costumes worn on Channel 4 TV show The Handmaid’s Tale.

Actress Elisabeth Moss, 37, who portrays Handmaid June Osborne – also known as Offred and Ofjoseph – in the award-winning programme, is forced to wear a long red cloak and white visor covering her face on a daily basis. 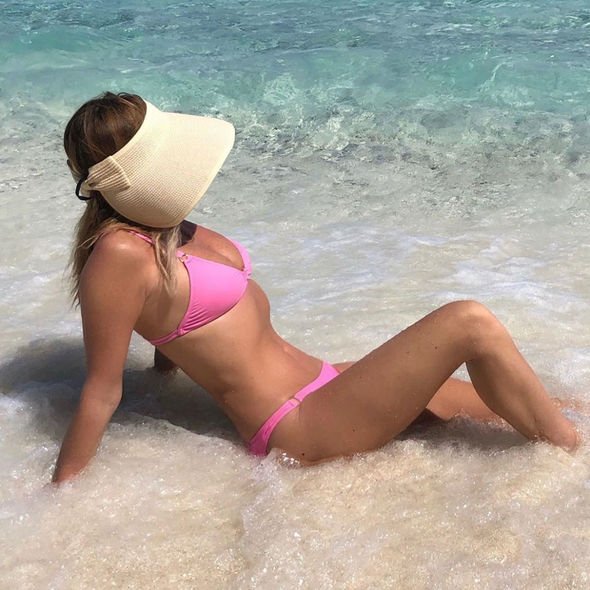 A host of famous faces took to the comments section of the post to share their thoughts on the image and pay the TV star compliments.

Former X Factor winner Louisa Johnson, 21, who is also soaking up the sun on holiday, sharing her own bikini snaps on social media, added two heart-eyed emojis and the fire symbol. 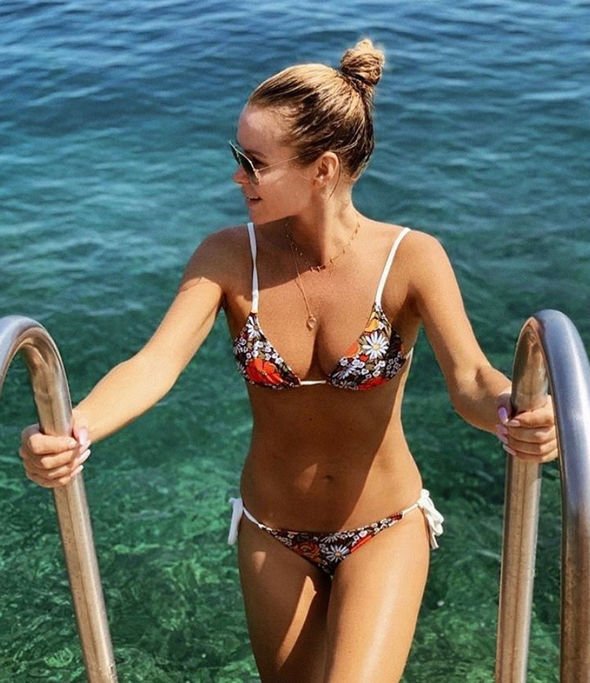 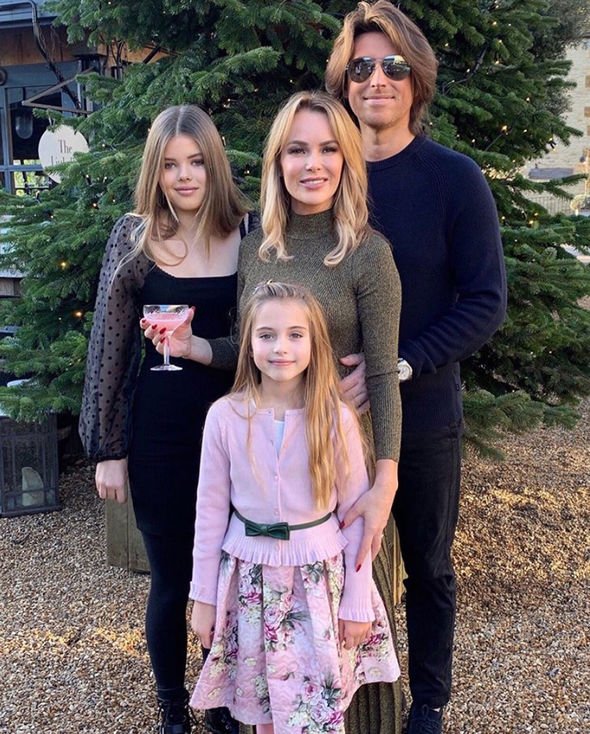 While another added: “Like a fine wine, Amanda gets better with age.”