‘I’m delighted everyone is finally going to meet her’: Amanda Holden lands E4 series which will follow her moving back in with her nan

Amanda Holden is set to star in her own series called No Holden Back on E4.

The presenter, 50, who previously teased she was working a secret project, said she is ‘delighted’ to have landed her own show.

The eight-part series will follow Amanda’s ‘unique relationship’ with her Nan Myrtle, with the star moving back in with her beloved grandmother. 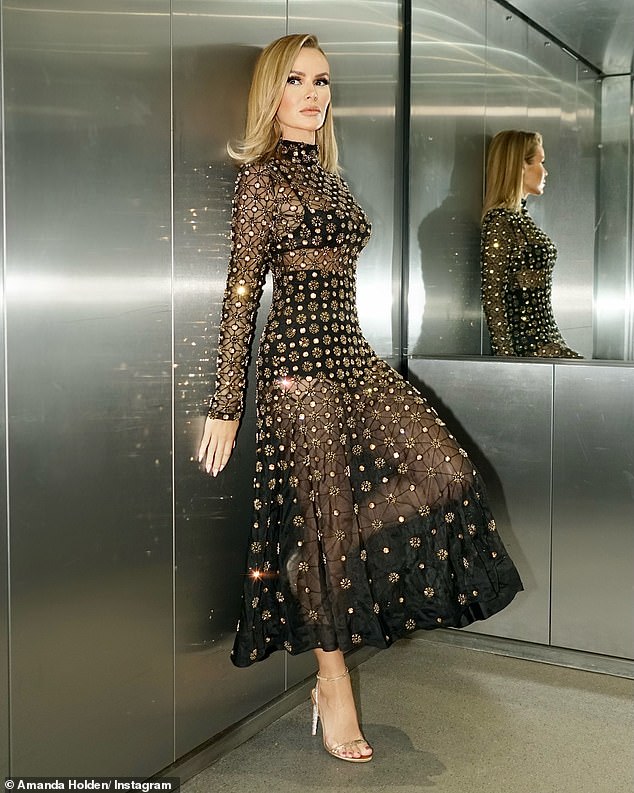 Next project: Amanda Holden is set to star in her own series No Holden Back on E4

Amanda told The Sun: ‘I’m delighted that everyone is finally going to meet my nan, the apple never falls far from my tree and in this series she will certainly be keeping me on my toes.’

A spokesperson for her nan, Myrtle, said: ‘I have no comment, apart from I’m really hoping being on TV might mean I can finally meet my favourite young man, Ben Shephard.’

Channel 4 Commissioning Editor, Steven Handley told the publication: ‘Amanda is one of the UK’s most well-known stars and we are thrilled to get insight into her life with her nan.’ 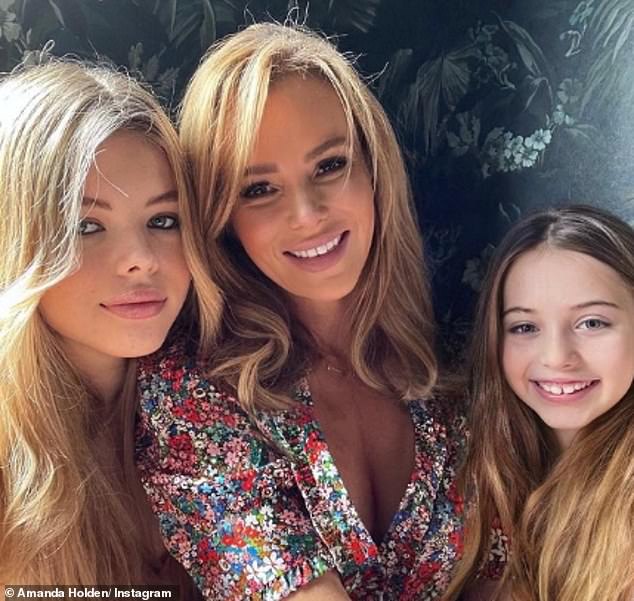 Reality series: The presenter, 50, said she is ‘delighted’ to have landed her own show No Holden Back (pictured with her daughters Alexa, 15, and Hollie, nine, in March)

MailOnline has contacted Amanda’s representatives and Channel 4 for further comment.

The show will also be broadcast on Channel 4 meaning Amanda will have programmes on ITV (Britain’s Got Talent), BBC (I Can See Your Voice) and Channel 4 (No Holden Back).

The Sun reports Amanda has spent weeks filming the series and say the show will also follow her relationships with other family members.

It comes after MailOnline revealed I Can See Your Voice has been recommissioned for a second season, despite the show still being in its first run. 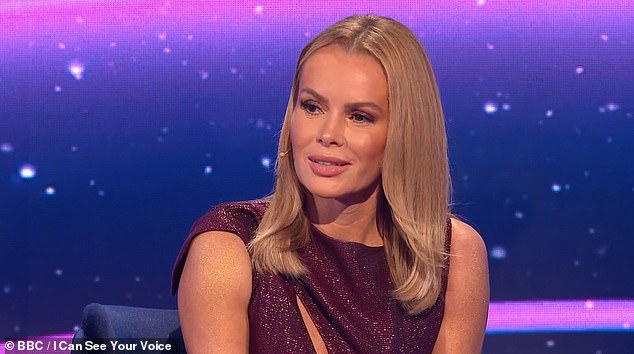 Across the networks: Amanda will have programmes on ITV (Britain’s Got Talent), BBC (I Can See Your Voice pictured above) and Channel 4 (No Holden Back)

A source told MailOnline exclusively that the show – fronted by stars Amanda, Alison Hammond, Jimmy Carr and Paddy McGuinness – that BBC bosses see it as ‘a runaway success’, and are eager to get it back on screens for a sophomore run.

‘Due to the incredible ratings success of I Can See Your Voice, which has brought some much needed fun and laughter to Saturday night prime-time television, the show has already been recommissioned for a second series.

Amanda is currently starring in the first season of I Can See Your Voice, while she is set to appear on the judging panel of the 15th season of BGT.

As well as her TV gigs, Amanda also presents the Heart Breakfast Show alongside Jamie Theakston every weekday.

It was recently reported that Amanda will step into Cilla Black’s shoes and host her own version of Blind Date – 30 years after she appeared on the show looking for love herself. 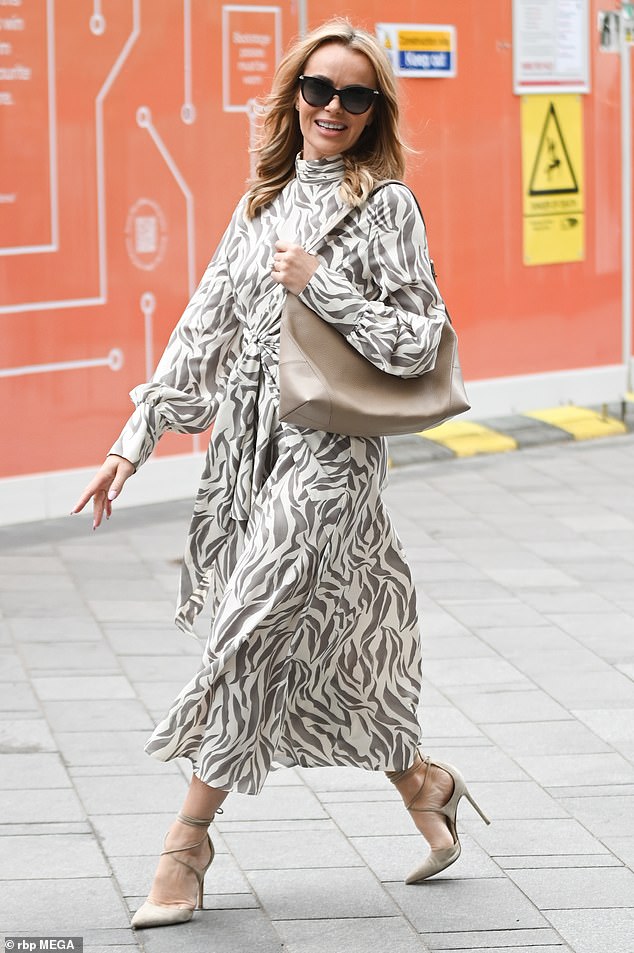 Stylish: As well as her TV gigs, Amanda also presents the Heart Breakfast Show alongside Jamie Theakston every weekday (pictured on Thursday)