Taylor Swift is ready to rock in metallic mini dress as she leads best dressed along with J-Lo, Carrie Underwood and Amber Heard at American Music Awards

Some of the biggest names in music lit up the red carpet at the Microsoft Theater in Los Angeles on Tuesday night.

The 2018 American Music Awards kicked off in spectacular fashion as celebrities from music, TV and film showed off their glitziest outfits in an effort to make their mark on the best dressed lists from the night.

Leading the way was Taylor Swift who looked metallic retro chic in a Balmain mini dress and thigh-high boots.

The Shake It Off hitmaker shared the spotlight with J-Lo who stunned in pink, Carrie Underwood who glowed in classic black and Amber Heard who glittered in a strapless gown.

Metallic chic: The 28-year-old songstress made her mark in a super short silver Balmain mini dress with matching thigh-high boots 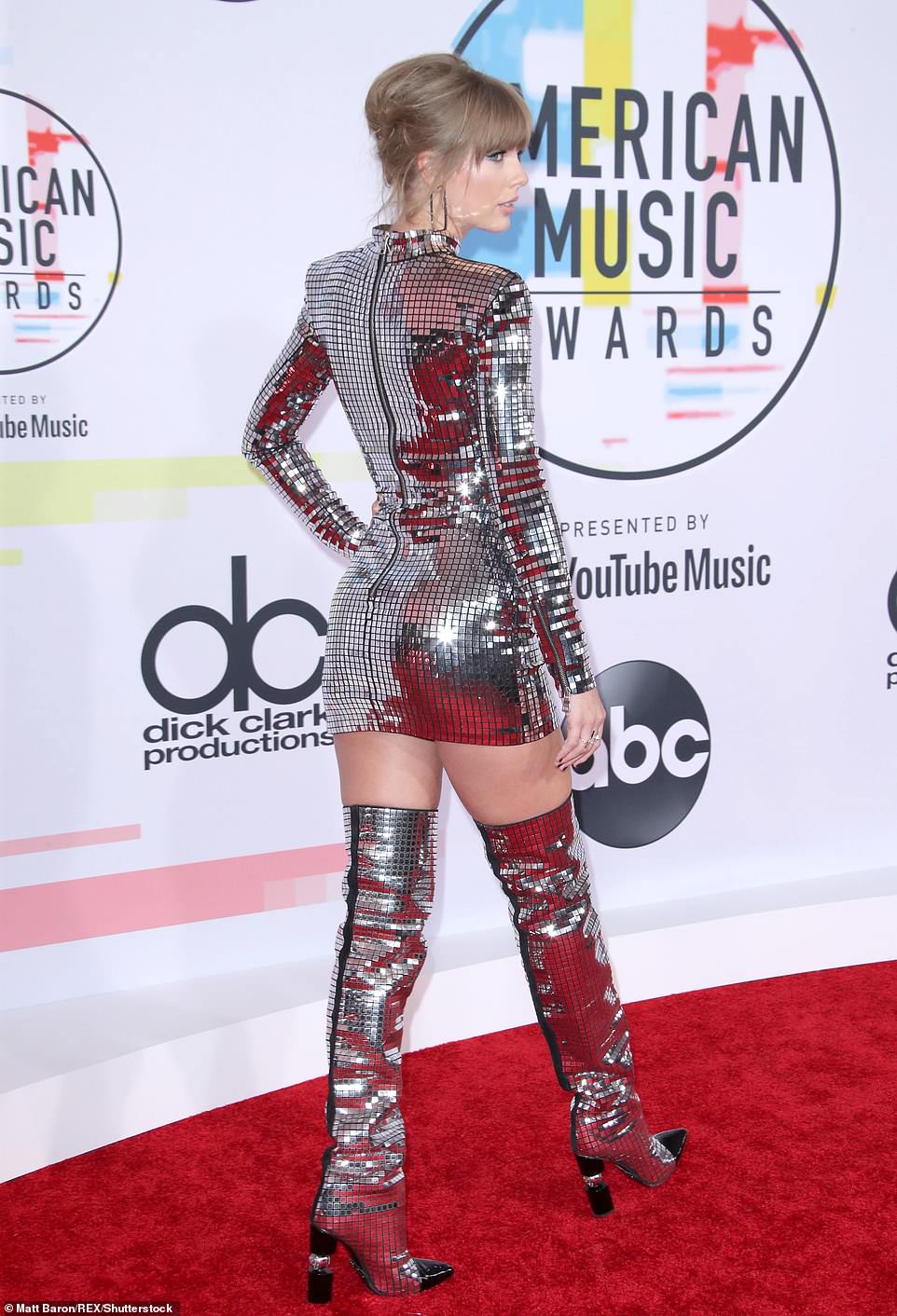 Nailed it: Taylor’s locks were swept up in an elegant updo with soft bangs framing her face

The 28-year-old Wildest Dreams hitmaker opted for an updo with soft bangs framing her face and rectangular earrings added to the retro vibe of her ensemble.

Taylor will be opening the show, marking her first awards show performance in nearly three years, singing I Did Something Bad from her Reputation album.

She is competing for Artist of the Year against Drake, Ed Sheeran, Imagine Dragons and Post Malone.

Hot metal: The songstress, who will be opening the show, rocked 1960s vibes with her look