“I haven’t spoken to Ellen in years. I’d listen to the people who have,” the Psycho actress said in Mr. Warburton magazine’s September 2020 cover story. “If I’m standing someplace and I don’t like what’s going on there and I stay there, it’s my fault.”

Heche continued, “So what are the actions that got me there and why can’t I get out of it easily if that’s not something that I want to be engaged in? Ellen is standing where she walks, and that is hers to continue that journey.”

Heche dated the 62-year-old comedian from 1997 until they split in 2000. In her interview with Mr. Warburton, she reflected on how their former romance was a “beautiful part” of her life.

Talk Show Controversies and Feuds: The Biggest Ever 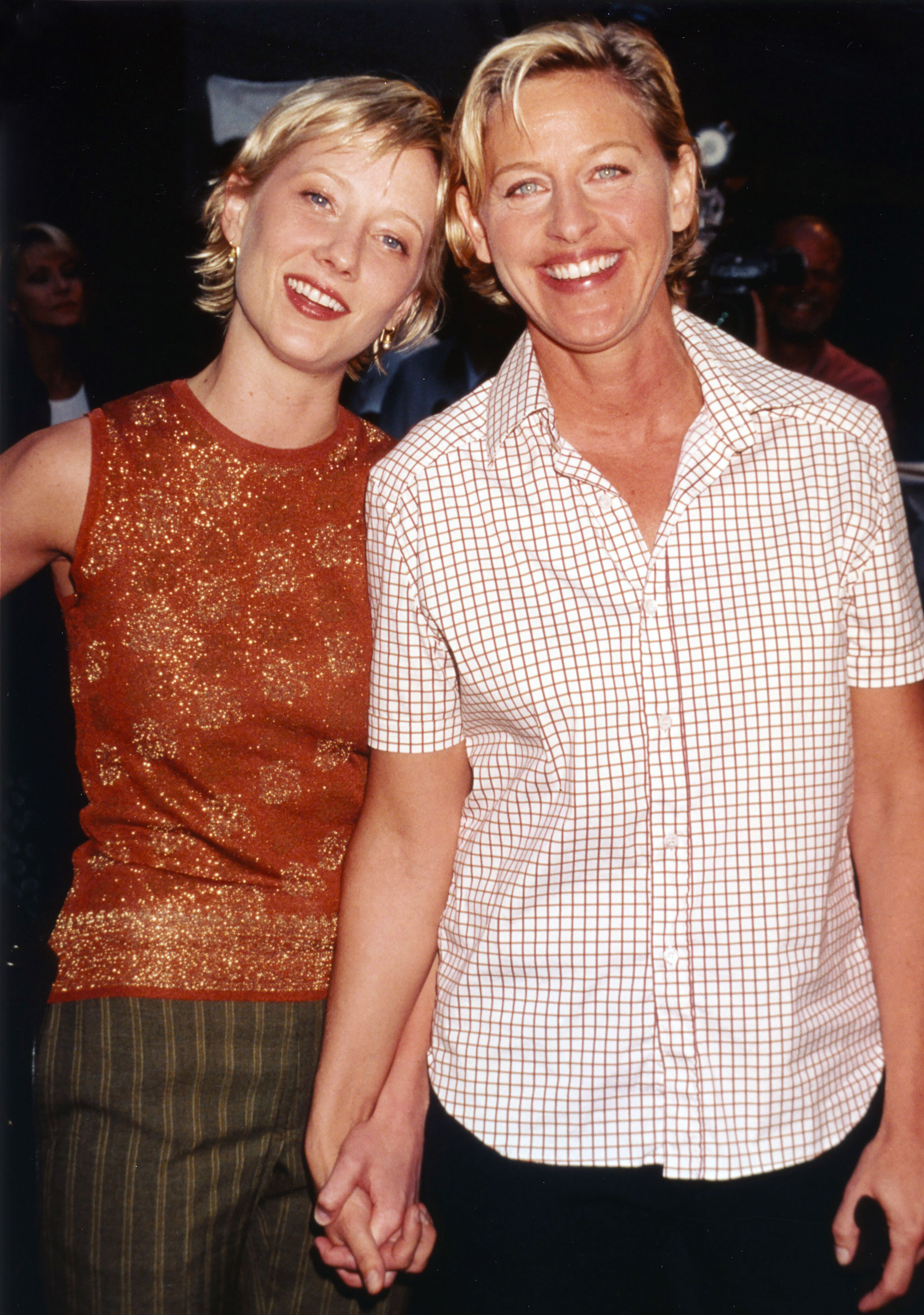 DeGeneres has been married to Portia de Rossi since 2008. In the wake of the ongoing drama, the 47-year-old Arrested Development alum publicly stood by the talk show host.

“To all our fans….we see you,” she wrote via Instagram on August 3 alongside a pic that read, “I Stand by Ellen,” over a blue background. “Thank you for your support. #stopbotattacks #IStandWithEllenDeGeneres #IStandByEllen.”

Ellen DeGeneres Through the Years: From Comedian to Talk Show Icon

The Finding Dory star has also received support from famous pals including Katy Perry, Kevin Hart and Diane Keaton. Additionally, her longtime in-house DJ Stephen “tWitch” Boss exclusively told Us Weekly that “from my standpoint and from countless others, there’s been love” from DeGeneres.

The Ellen DeGeneres Show has come under fire for allegedly facilitating a toxic work environment. In a report from BuzzFeed News  in early July, 10 former employees’ claimed to have experienced racism, fear and intimidation while working on the production. BuzzFeed News released another exposé thereafter that accused three top executive producers — Kevin Leman, Ed Glavin and Jonathan Norman — of sexual misconduct. (Leman and Norman denied the allegations, while Glavin has not yet addressed the controversy.)

DeGeneres has faced allegations about her own behavior over the years as well. Amid the issues surrounding her NBC series, she penned an apologetic letter to her employees.

“On day one of our show, I told everyone in our first meeting that The Ellen DeGeneres Show would be a place of happiness – no one would ever raise their voice, and everyone would be treated with respect,” she said in a note obtained by Us Weekly on July 30. “Obviously, something changed, and I am disappointed to learn that this has not been the case. And for that, I am sorry. Anyone who knows me knows it’s the opposite of what I believe and what I hoped for our show.”

WarnerMedia launched an internal investigation to explore the allegations.