The Strictly Come Dancing team gave fans a behind-the-scenes insight into the dancing duos at work in rehearsals on Twitter this week. In the video, Jacqui Smith, 58, could be seen slamming down her props as she rehearsed with Anton du Beke, 54. The former Health Secretary was seen being instructed by Anton in the studio but it appeared to get too much for her as she jokingly threw down her oversized feather fans.

Talking to the camera, Anton joked: “I think she’s kicking off.”

Later on in the unseen footage VT, the professional dancer seemed stunned as his celebrity partner said she needed to push her boobs “forward” for a particular move.

Jacqui then asked: “Is that a technical term?” 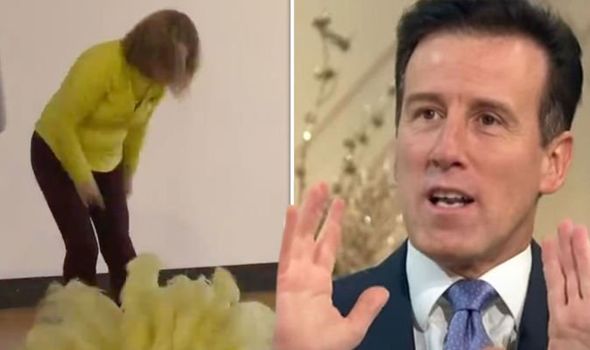 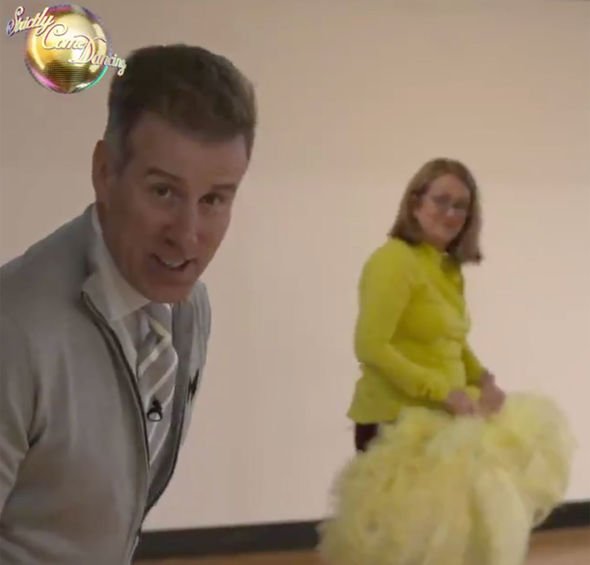 Jacqui was seemingly practising for her Samba routine, which she performed to Tom Jones’ hit Help Yourself.

Despite her efforts in the performance, she became the first celebrity contestant to be eliminated from the show.

After her exit, Jacqui blamed her boobs for the reason she got the boot from Strictly Come Dancing. 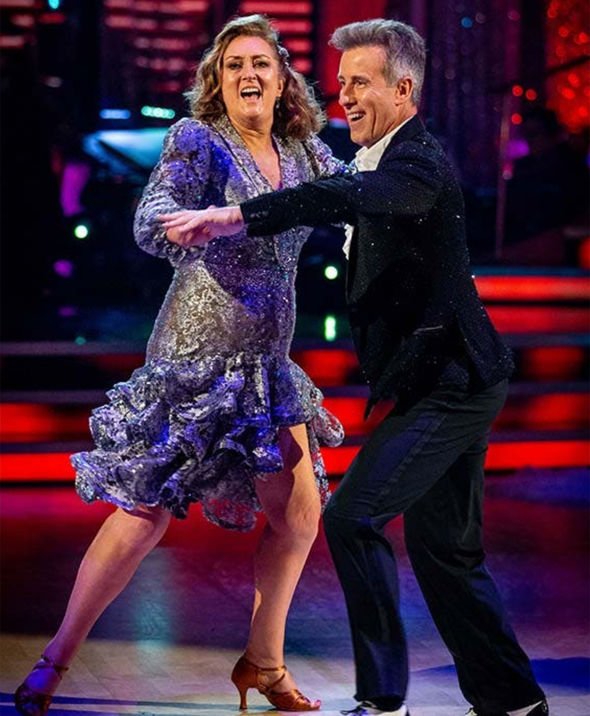 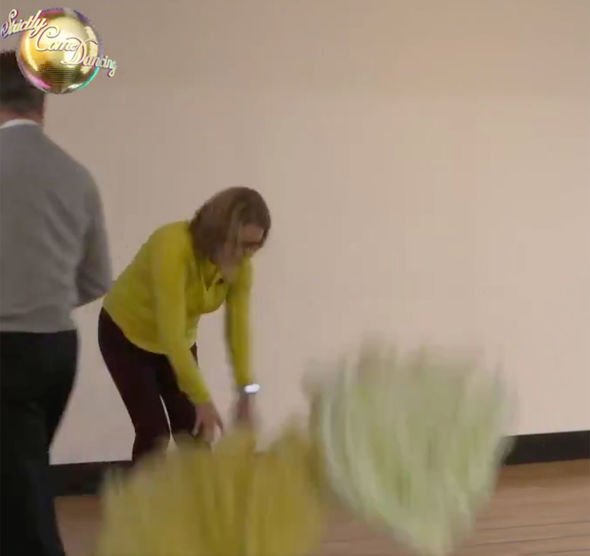 “That’s sort of been the theme… the problem with my Samba was my t*ts were not sufficiently out,” she added on the For the Many podcast.

The ex contestant went on to call Craig Revel Horwood a “pantomime baddie” for his harsh comments towards her.

Ahead of performing on the live show, she said she had been in “agony” from the “bouncy” Samba.

Speaking on Good Morning Britain, she revealed: “There has been quite a lot of bouncing.

“My knees are suffering and my feet are in agony.

“I’m getting through the plasters like a rate of knots, but I’m really really enjoying this dance.”

After Jacqui’s exit, Anton became a temporary judge on the show in Motsi Mabuse’s absence.

The latter took an “emergency trip” to Germany and had to self-isolate away from the show for two weeks.

Taking over her duties, Anton gave his verdict on the remaining dancing duos.

After his stint, he hinted the would like to become a permanent fixture on the judging panel.

He told The Mirror: “As I’ve got older, I don’t like to compete now, funnily enough. If I’m playing against somebody in golf then I like that.

“I don’t want to be that competitive any more. I’m like, ‘If you win then I don’t mind’ I’ve been down that road.”