Ariana Grande's new single Thank U, Next has arrived by surprise – just as the singer and her ex-fiance Pete Davidson publicly squabbled over their high-profile break-up.

Davidson is one of the many exes Grande references in the song's opening lines, along with Big Sean, Ricky Alvarez and late rapper Mac Miller, the latter of whom she remembers most fondly.

"Thought I'd end up with Sean but he wasn't a match / Wrote some songs about Ricky now I listen and laugh / Even almost got married and for Pete, I'm so thankful / Wish I could say, 'Thank you' to Malcolm 'cause he was an angel," Grande sings. 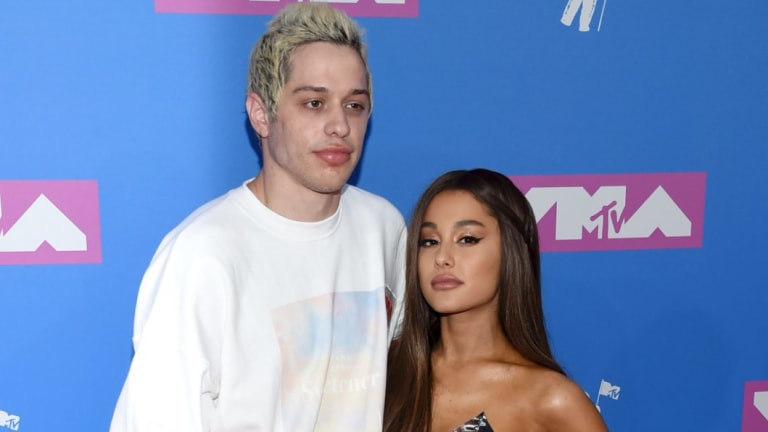 Pete Davidson and Ariana Grande both addressed their break-up.Credit:Evan Agostini/Invision/AP

Grande seemingly reveals that she's moved on to another man – "Plus, I met someone else / We having better discussions" – before revealing that the soulmate she's singing about is, in fact, herself: "I know they say I move on too fast / But this one gon' last / 'Cause her name is Ari / And I'm so good with that."

The title of the track references the several days of drama between Grande and Davidson that preceded it, stemming from a promo that Davidson appeared in for Saturday's SNL episode last week, in which he jokingly proposed to musical guest Maggie Rogers. When she rejected him, he cracked, "0 for 3," referencing his broken engagement with Grande and past attempts at love.

Grande didn't think the joke was very funny, slamming Davidson in several since-deleted tweets. "For somebody who claims to hate relevancy u sure love clinging to it huh," she wrote. "Thank u, next."

Bergen requested "another Pete Davidson" cocktail from Kenan Thompson, going on to explain the drink as, "All I know is it's got a lot going on, but it still gets the job done."

Davidson went on to directly address his and Grande's breakup during a segment on "Weekend Update", in which he praised his ex and asked viewers to respect their privacy.

"The last thing I will say is, I know some of you are curious about the breakup, but the truth is, it's nobody's business, and sometimes things just don't work out and that's OK," he said. "She's a wonderful, strong person and I wish her all the happiness in the world."