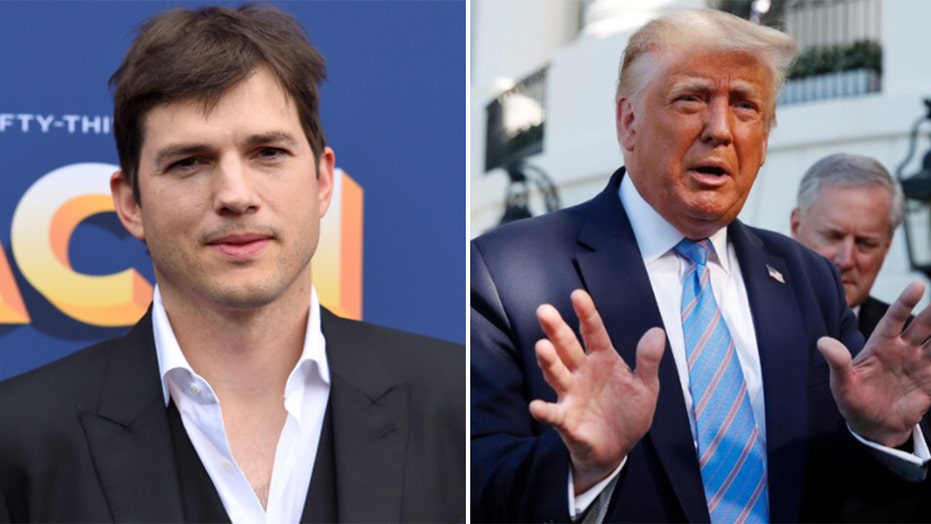 Ashton Kutcher put the federal government on blast for failing to provide relief after a derecho ripped through his home state of Iowa and other states of the Midwest this week.

The actor, 42, used his Twitter account to sound off, claiming little has been done to help get Iowa back on its feet after a swath of destruction and power outages were a result of its 800-mile trek.

The storm system tore from eastern Nebraska across Iowa. One woman in Indiana was found dead clutching her grandson in her crushed mobile home while another person was killed in Iowa.

"Where is the federal relief for Iowa? 10m acres of crops have been destroyed. Houses. Communities. Wake up federal gov! What because it’s not called a tornado or hurricane you don’t need to act fast? Come On!!" tweeted the Cedar Rapids native.

Kutcher then called out Vice President Pence and President Trump specifically for their alleged lack of response.

"You were there campaigning. You saw with your own eyes. Do something," Kutcher tweeted to Pence.

Kutcher then tagged Trump in a couple of tweets featuring photos of the damage, one of which showed a damaged home covered in fallen trees.

DEVASTATION FROM MIDWEST DERECHO CONTINUES TO GROW: 'IT FEELS LIKE WE GOT KICKED IN THE TEETH'

Iowa Gov. Kim Reynolds said Tuesday early estimates indicate 10 million acres have been damaged in the nation’s top corn-producing state and many grain bins were destroyed. That's nearly a third of the roughly 31 million acres of land farmed in the state that sustained damage from the wind storm. 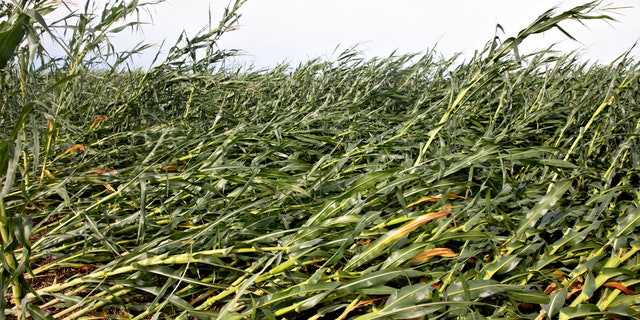 Corn plants lie on the ground following a derecho storm that moved across the Midwest with winds recorded near 100 mph in Iowa and Illinois.
(Daniel Acker/Getty Images)

When the system reached Des Moines, forecasters said wind gusts were clocked at more than 100 mph. That caused devastation across farm communities.

“It’s incredibly devastating to see what’s happening to crops, and to structures all across the storm path,” he told reporters.