Barack Obama wasted no time in pinpointing what he believes makes his daughters Sasha and Malia great: their confidence and their buoyancy.

He’s met and befriended world leaders, kings and queens, and massive celebrities, but nobody inspires Barack Obama more than his two daughters. The former president raved about Sasha, 19, and Malia, 22, in an interview with InStyle, describing what he admires most about the accomplished and “badass” college students currently living at home during the pandemic. He started with his youngest: “Sasha is, as Malia describes it, completely confident about her own take on the world and is not cowed or intimidated — and never has been — by anybody’s titles, anybody’s credentials. If she thinks something’s wrong or right, she will say so,” Obama said.

“When she was 4, 5, 6 years old, once she made a decision, she would dig in and couldn’t be steered off it,” he continued. “I write about it in the book [A Promised Land], how we were trying to get her to taste caviar when we were visiting Russia. She was like, ‘Mnn-nnh. No. Sorry. That looks slimy. It’s nasty. I’m not going to do it — even if I’ve got to give up dessert.’ And that part of her character has always been there.” That’s just one of the cute anecdotes he shares about Sasha in his new memoir. Did you know that she was the star of her fourth grade basketball team? 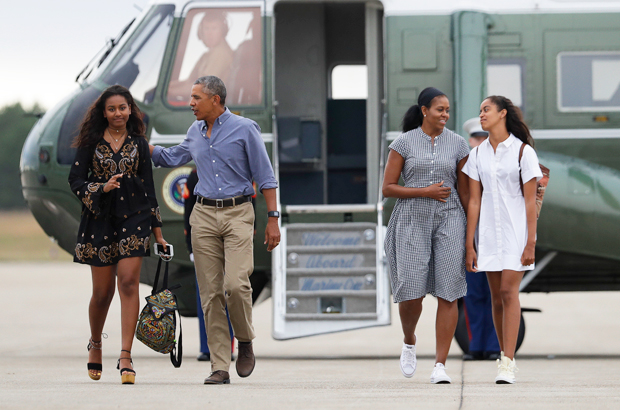 Obama, then president, was a little too enthusiastic. He writes in his memoir that he was “that parent” calls shots on the sidelines of the little girls’ rec league team, which included Joe Biden‘s granddaughter Maisy, and eventually started coaching. His glory days were short-lived, though; too many parents complained that the team had an “unfair advantage” by being coached by the president, and he was fired unceremoniously. He uses an unconventional term to describe his eldest daughter, Malia: “buoyant.” 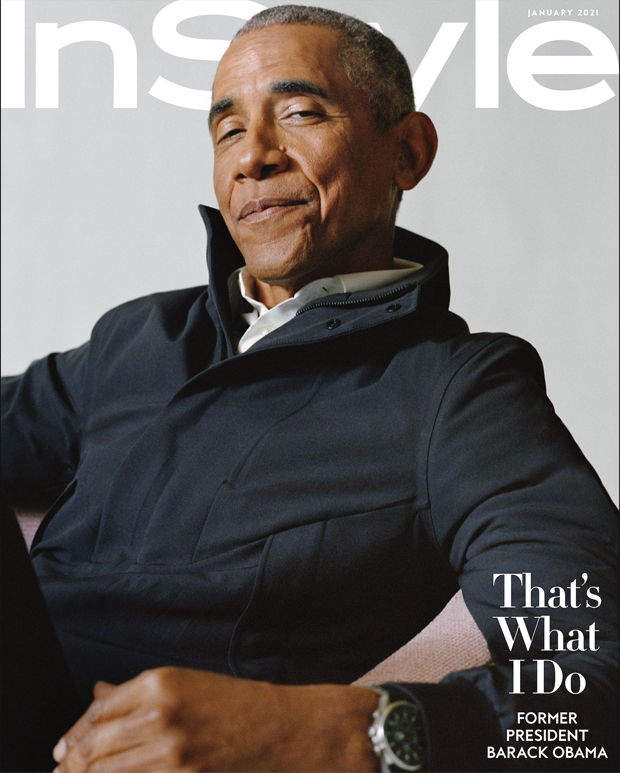 “She’s somebody who enjoys people, enjoys life, and enjoys conversation,” Obama said of the Harvard undergrad. She’s never bored, which is a badass quality that can take you places.” He’s in constant awe of his wife of 28 years, as well. Apparently, you don’t want to mess with Michelle Obama while she’s working out. “I think people know Michelle well enough to know how amazing she can be as a public speaker. They probably are less aware of what it’s like to work out with Michelle when she’s really in her groove. And sometimes that includes her boxing. You don’t want to get in the way when she’s working on a bag — including some kicks. There’s force there.”