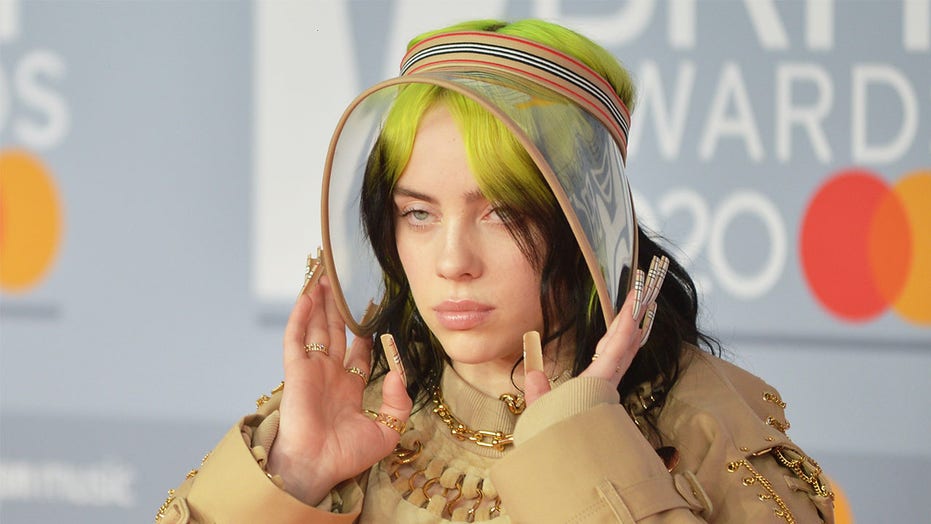 When it comes to her fashion, Billie Eilish is singing a different tune.

The Grammy-winning singer, who is the cover star of the June 2021 issue of British Vogue, opted for a glamourous pinup look for the surprising shoot.

The 19-year-old, known for her oversized, tomboyish style, rocked designer lingerie, stockings and a corset. She also switched up her jet-black mane with neon green roots for blonde tresses styled in vintage-inspired waves.

The “bad guy” songstress even flaunted her hip tattoo, which she once told Vanity Fair that “you won’t ever see it.” The outlet noted that the photoshoot was styled by Dena Giannini.

“I’ve literally never done anything in this realm at all,” Eilish admitted to the outlet. “Y’know, besides when I’m alone and s–t.”

“Don’t make me not a role model because you’re turned on by me,” she added. “Showing your body and showing your skin – or not – should not take any respect from you.”

Eilish is gearing up to release her second studio album, titled “Happier Than Ever,” on July 30. Her debut album “When We All Fall Asleep, Where Do We Go?” was released in March 2019. Eilish and her producer brother Finneas, 23, would go on to earn five Grammys in 2020, including album of the year.

As Eilish prepares to embark on a new chapter in her music career, she’s aware that her latest shoot will cause a stir.

“If you’re about body positive, why would you wear a corset?” she imagined critics responding. “Why wouldn’t you show your actual body? My thing is that I can do whatever I want.”