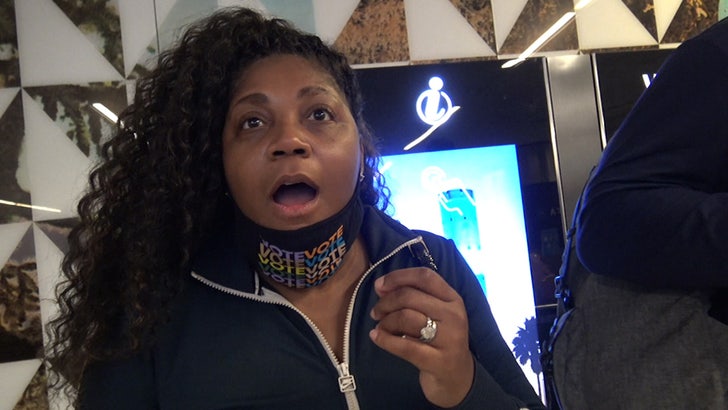 Towanda Braxton apparently didn’t tell her family she’s getting hitched … which explains the shock her sister, Trina, and mom, Evelyn, had when a photog broke the news to them.

Trina and her mother were at LAX Wednesday when they found out about Towanda’s secret, apparently, engagement to family friend and music producer Sean Hall. Check out the video … the photog tells Trina, and the absolute surprise is written all over her face — and then she had to break it to the Braxton matriarch.

Ya gotta see Evelyn’s reaction too! 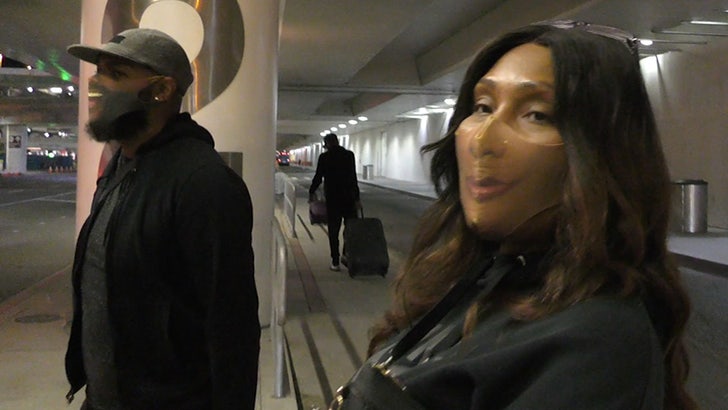 Now, the reason the photog had this info is he’d seen Towanda and Sean on Tuesday, and they let the cat out of the bag about getting married.

Somehow, it slipped their minds to clue in Trina and Evelyn … and we gotta wonder if anyone else in the fam got the engagement alert.

Speaking of the other Braxtons … Tamar’s feud with her now ex-BF, David Adefeso, and the ensuing restraining order are still weighing on the family. Naturally.

Trina says she’s got her sister’s back — but when it comes it comes to David, well … Trina’s pleading the Fifth.