Louis Tomlinson’s ex Briana Jungwirth has shared new pics of her and the ‘One Direction’ star’s son Freddie on his 5th birthday.

Briana Jungwirth has celebrated her adorable son Freddie Reign Tomlinson‘s fifth birthday with a series of never-before-seen snaps. The stylist, who shares the toddler with former One Direction singer Louis Tomlinson, took to Instagram on January 21 to share a sweet tribute. “I spent the morning reminiscing Freddie’s baby photos in tears. I can’t believe he is 5 today. Time has flown by,” Briana began. “Goes to show how important it is to cherish each day. Happy Birthday to my baby, the best thing that’s ever happened to me.”

The first snap showed little Freddie in a robe, proudly smiling while holding onto a picture book. She also shared a sonogram, along with pics of her mini-me son’s tiny hands and feet from when he was a newborn. The final two adorable photos showed a baby Freddie peeking out from underneath a duvet cover, and a happy snap of the bub sitting in a bath.

Back in October 2020, Briana proved her son was the spitting image of his father, when she posted a cute pic of Freddie eating an orange cake pop. Fans couldn’t believe the resemblance between father and son, and flocked to the comments section to rave about Louis’ blonde mini-me. “Mini tommo,” one follower commented, while another wrote, “He’s a mini Louis, don’t tell me otherwise. The former couple are very protective of their son and rarely share photos of him publicly. So when they do, the fans can’t get enough. 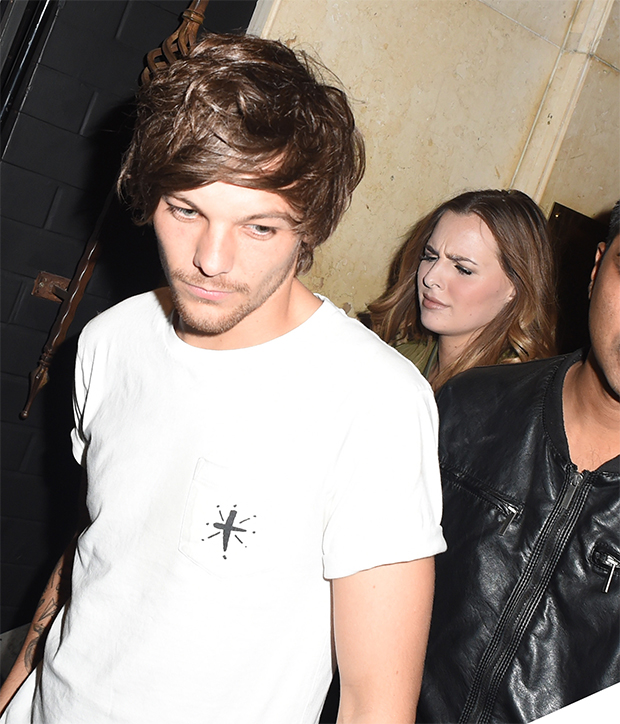 Briana, who was rumored to be dating the Kardashian sisters’ brother-in-law Brody Jenner, also gave her ex a shoutout for Father’s Day last year. “Happy Father’s Day Louis. We’ve created the most special boy and he’s lucky to call you his dad,” Briana captioned an intimate black and white photo, which was taken in the delivery room of an LA hospital. Back in 2016, Louis confirmed his son’s birth via Twitter. “I’m pleased to say my baby son was born yesterday. He is healthy and pretty amazing,” he wrote at the time, adding, “I’m very happy!!” Freddie, who is now five, is the only child the exes share.