Cardi B has only released one major single this year – the hit ‘WAP’ – but it’s enough for Billboard to name her Woman of the Year.

Billboard announced the honor Wednesday and the Grammy-winning rapper will be celebrated at the music brand’s 15th Annual Women in Music event, which will stream live on December 10 at at 8 p.m. EDT.

‘Thank you Billboard!’ Cardi B wrote in an Instagram post reacting to the honor. ‘Now I can bring up the stats but that will take me all day b**** broke records! 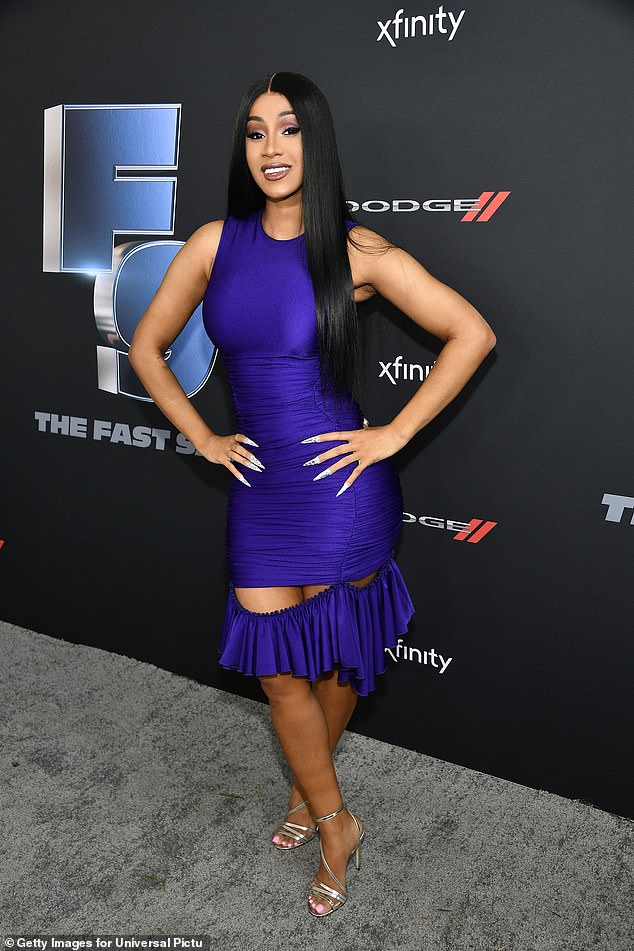 The latest: Cardi B, 28, has been named Woman of the Year for Billboard’s 15th Annual Women in Music Event. The WAP singer was snapped in Miami earlier this year

She continued: ‘Thank you BARDIGANG with out y’all encouraging while the world was against me and criticizing every move I wouldn’t have gotten here everyday and use my voice for a change.’

Outside of WAP – which co-stars Megan Thee Stallion and spent four weeks at No. 1 on the Billboard Hot 100 chart – this year Cardi B appeared on K-pop girl group BLACKPINK’s Bet You Wanna and Brazilian singer Anitta’s Me Gusta.

Cardi B took to Instagram Stories Wednesday defending herself against critics who said that it was a surprise to see her win since she only had released one single, WAP. 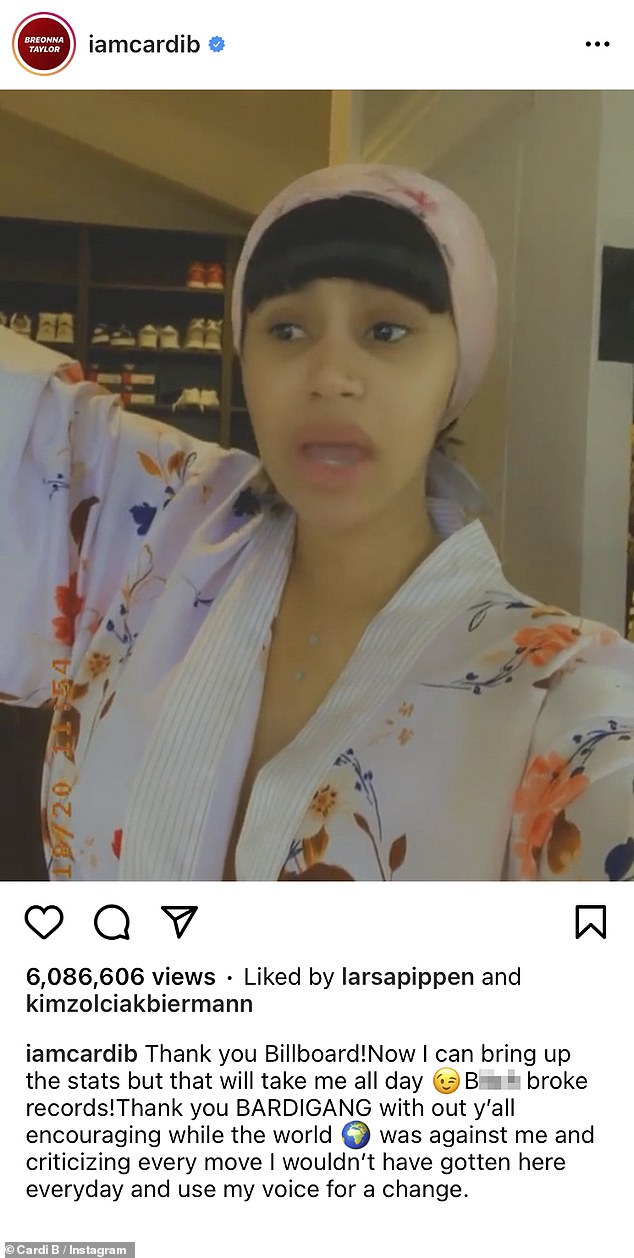 Cardi B defended herself against critics who said that it was a surprise to see her win since she only had released one single, WAP, saying that it was the single of the year 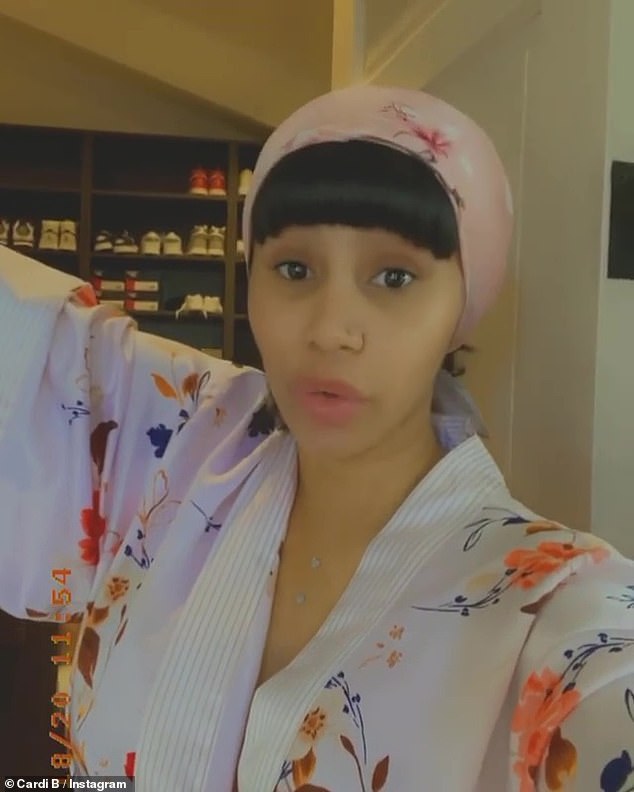 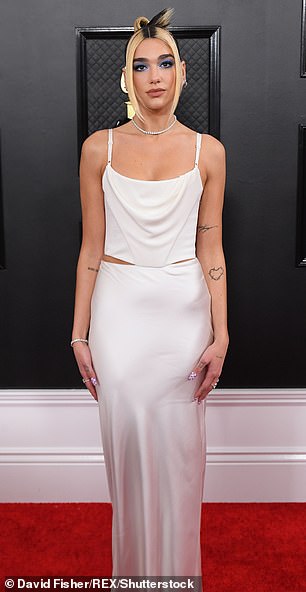 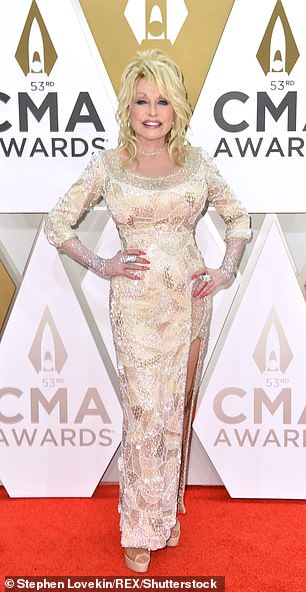 Feted: Dua Lipa is set to take home the Powerhouse Award, while Dolly Parton will earn the Hitmaker Award

Cardi B also jumped on the remix for the Latin trap track La Bebe with Anuel AA, Black Jonas Point, Secreto and Liro Shaq; and her rant about the coronavirus was remixed by iMarkkeyz and became a social media smash, even charting on Billboard’s rap and R&B digital songs sales chart.

Brianna Agyemang and Jamila Thomas of Atlantic Records – who led #TheShowMustBePaused campaign in response to the deaths of George Floyd, Breonna Taylor and Ahmaud Arbery earlier this year – will receive the Executive of the Year Award.