Charlotte Bennett is reportedly the second woman who has accused Governor Andrew Cuomo of sexual harassment, and says he gave her the feeling he ‘wanted to sleep’ with her. Here are five things you should know.

New York Governor Andrew Cuomo, 63, is reportedly facing a second sexual harassment accusation from a former aide. Charlotte Bennett, 25, told The New York Times that the politician asked her inappropriate personal questions, told her he was open to relationships with women in their 20s, and more while she was working for him. Although she says he never made any physical advances, his words made her feel “uncomfortable and scared.”

Here are five things you should know about Charlotte and her situation with the governor.

Charlotte claims that the governor said things that made her believe he “wanted to sleep with” her, in an interview with The New York Times. She described a meeting they reportedly had in his Albany office in June 2020 and revealed he complained about the COVID-19 pandemic and how he “can’t even hug anyone.” She explained that he allegedly pressed her by asking, “Who did I last hug?” before she tried to dodge the question by telling him she missed hugging her parents.

“And he was, like, ‘No, I mean like really hugged somebody,’” she said. “I understood that the governor wanted to sleep with me, and felt horribly uncomfortable and scared. And [I] was wondering how I was going to get out of it and assumed it was the end of my job.” 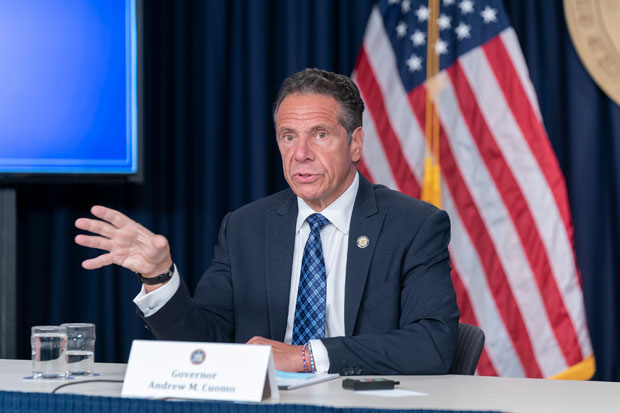 She also went on to claim that after she told him about being a sexual assault survivor, he seemed fixated by it. “The way he was repeating, ‘You were raped and abused and attacked and assaulted and betrayed,’ over and over again while looking me directly in the eyes was something out of a horror movie,” she told a friend via text message, according to the Times. “It was like he was testing me.”

Another thing she mentioned to the outlet was his alleged response to her telling him she was thinking of getting a tattoo. Charlotte said he suggested she get it on her buttocks so that no one could see it when she wore a dress.

Charlotte said the governor, who split up from his celebrity chef girlfriend, Sandra Lee, 54, in 2019 after dating for 14 years, told her he was lonely. She said he stressed to her that Sandra was “out of the picture,” while also talking about “wanting a girlfriend, preferably in the Albany area.”

“Age doesn’t matter,” he told her while also asking what she thought about age differences in relationships – something Charlotte told her friend about in a text reviewed by the Times. She said he said he was “fine with anyone above the age of 22.”

Charlotte once played soccer against one of Gov. Cuomo’s daughters.

Charlotte grew up in Westchester County and is around the same age as the governor’s oldest daughters. She told the Times that she told him about playing soccer with one of his girls during one of their conversations.

When did Charlotte stop working for Gov. Cuomo?

Charlotte left her job as the governor’s aide after she reported his conduct to his chief of staff. She said she was transferred to another job with an office at the other side of the Capitol and left the administration in Nov. 2020.

Charlotte is the second former staffer to accuse Gov. Cuomo of sexual harassment.

Lindsey Boylan, who also worked for the governor, detailed her own sexual harassment accusations in an essay on Medium, which was published on Feb. 24. One of the claims she made was that he kissed her “on the lips” without warning while they were inside his Manhattan office. She said the incident happened in 2018 after she was promoted to his deputy secretary for economic development and special adviser, a job she claims she initially turned down “because I didn’t want to be near him.”

“We were in his New York City office on Third Avenue,” she wrote in the essay. “As I got up to leave and walk toward an open door, he stepped in front of me and kissed me on the lips. I was in shock, but I kept walking.”

Lindsey, who is running for Manhattan Borough President, has also shared several tweets, including the one above, since coming forward with her story.