She has been airing her most intimate thoughts on sex and relationships on the latest series of Celebs Go Dating.

And Chloe Ferry left little to the imagination as she shared a series of racy bedroom snaps on Instagram on Monday.

The Geordie Shore star, 25, flaunted her sensational curves as she posed for the pictures in black skimpy lingerie and fishnet tights. 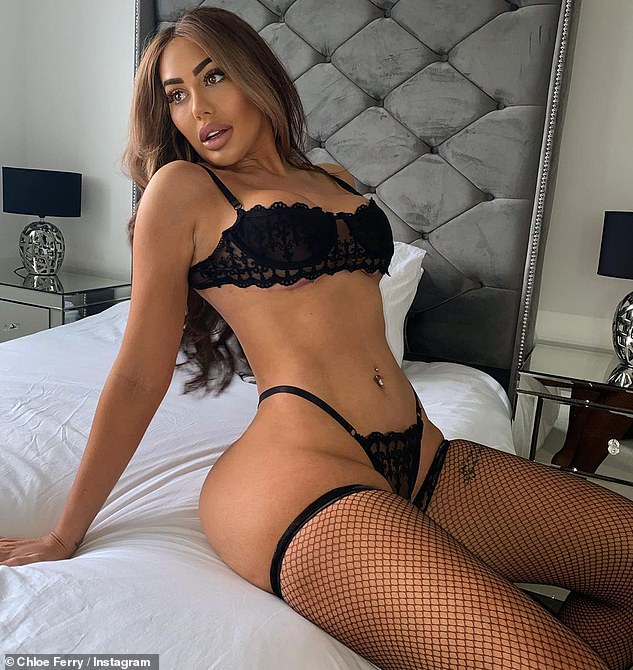 Intimate: Chloe Ferry left little to the imagination as she flaunted her sensational curves in a series of racy bedroom snaps posted to Instagram on Monday

The influencer looked incredible as she leaned back on the bed, throwing a seductive gaze at the camera and arching her back to enhance her ample assets.

Her frame was barely covered in a tiny thong and a lacy black bra as she flashed underboob following her breast reduction surgery in October.

On Sunday night’s Celebs Go Dating, Chloe opened up about sex, with the star proclaiming that she thinks it is ‘the most important thing ever’ in a relationship.

The reality star did not mince her words during her romantic date with suitor Kieran Bishop as the pair discussed what they are both like when in a relationship. 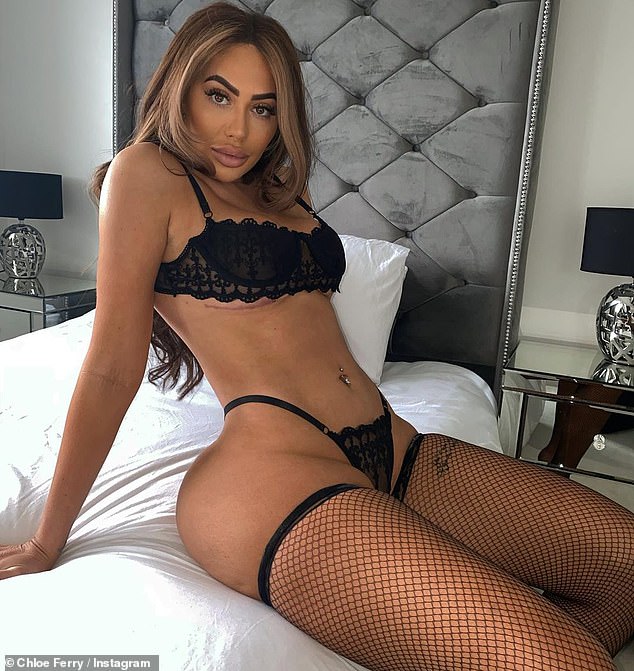 Sizzling: The Geordie Shore star, 25, posed for the pictures in black skimpy lingerie and fishnet tights while she leaned back on the bed, throwing a seductive gaze at the camera

The pair were sent on a date clay making, with Chloe asking Kieran: ‘What are you looking for in a relationship?’

Kieran said: ‘Respect is a massive thing, loyalty.’ Chloe agreed, before Kieran added: ‘Sex is a big thing as well.’

Chloe replied: ‘Sex is the most important thing ever, that’s how you make the baby. I think you’re a very affection person aren’t you?’

She added: ‘It takes me a while, I’ve got to trust them. I enjoy kissing but I don’t want it to be rushed.’ 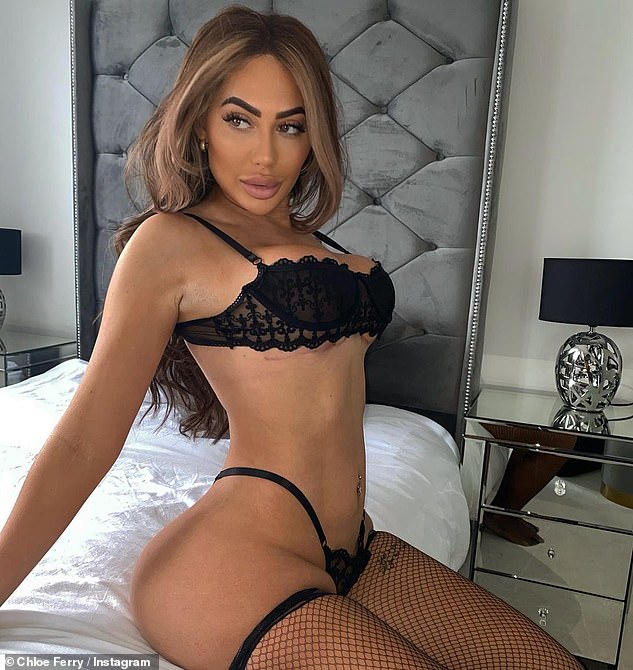 Ample assets: Her frame was barely covered in a tiny thong and a lacy bra and she gave fans a glimpse of her underboob following breast reduction surgery she underwent last October

Later in the date, Chloe warned Kieran she would likely be going on dates with other guys after him.

She said: ‘How would you feel if I was to go on a date? I’m not gonna lie, it probably is going to happen.’

Kieran replied: ‘It is going to happen, it’ll be a test. It’s the only way you’ll find out if you like someone.’ 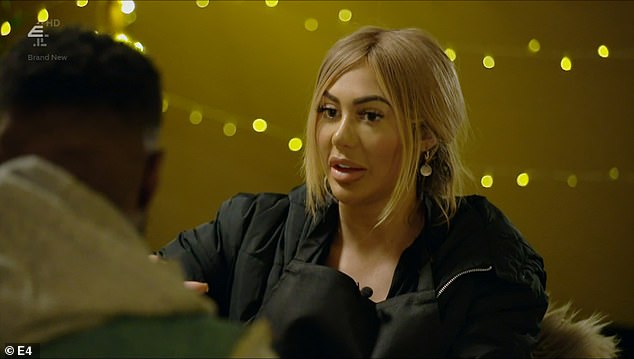 Honest: The reality star proclaimed sex is ‘the most important thing ever’ in a relationship during Sunday night’s Celebs Go Dating