“There will always be a Bean-sized hole in our hearts for her. We’re so grateful to have known her love. Francesca we love you,” Kaczynski says 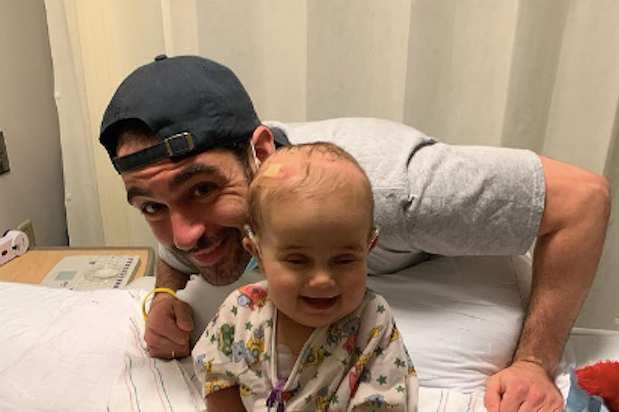 CNN reporter Andrew Kaczynski and his wife, Wall Street Journal journalist Rachel Louise Ensign, are mourning the death of their infant daughter, Francesca, who died of cancer complications on Thursday.

In September, Kaczynski shared Francesca had been diagnosed with a rare and aggressive form of brain cancer. Francesca was put on a ventilator a few weeks ago after developing meningitis and a fungal infection following brain surgery. Kaczynski in recent months had been sharing details of his daughter’s battle with his followers on Twitter; his profile picture includes him alongside his daughter, who he also nicknamed “Bean.”

“We’re heartbroken to have to announce our beautiful daughter Francesca passed away last night in the arms of her mom and dad,” Kaczynski tweeted on Friday. “There will always be a Bean-sized hole in our hearts for her. We’re so grateful to have known her love. Francesca we love you.”

The tweet was accompanied by a longer tribute Kaczynski and Ensign posted on Medium.

“In her short life, Francesca was an outgoing, bold and curious baby,” the couple said. “She had huge, deep brown eyes that followed whatever her parents were doing. She loved eating and being held close, particularly in the evenings.

“A Brooklyn-based Sesame Street fan, Francesca enjoyed taking long walks around New York City and Boston, playing with her toys and balloons, attending speech therapy, and “petting” (i.e. grabbing) her cat Ryland. One of her favorite activities was to practice rolling in her crib from side to side. She loved seeing her parents, Andrew Kaczynski and Rachel Ensign, and greeting them with the world’s biggest smile and an excited kick when she woke up from a nap.”

Kaczynski and Ensign asked that donations be made in Francesca’s honor to the PMC Winter Cycle charity event, which raises money for the Dana-Farber Cancer Institute.