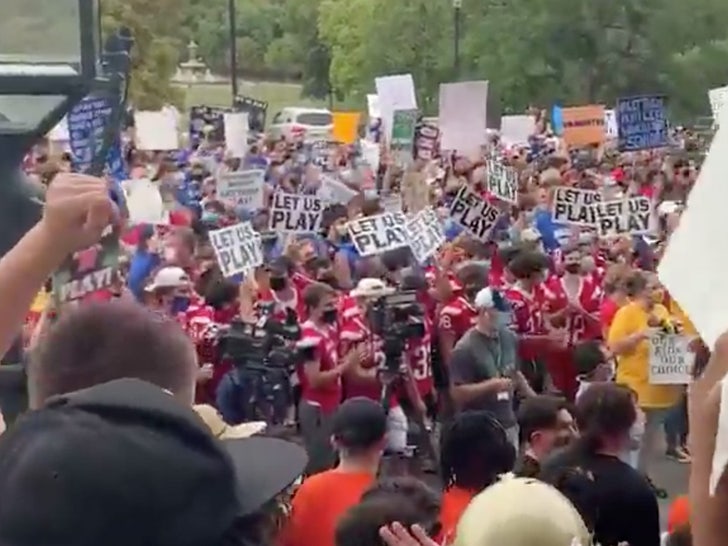 Hundreds flocked to the state capitol building in Connecticut on Wednesday seriously pissed off over the cancellation of H.S. football … and the scene was WILD!!

Just days after the Connecticut Interscholastic Athletic Conference announced it was unsafe to play football amid the coronavirus pandemic this fall … nearly 1,000 players, coaches and parents overran the government building to try to get the ruling reversed.

Check out video from the protest … it’s pretty intense — with everyone screaming “Let us play!” in unison while holding signs, flags and even football helmets.

Some of the players that were interviewed on the scene voiced their displeasure with not being able to play this season … with one telling WFSB, “I’m really mad about it.”

Seems Gov. Ned Lamont is willing to at least listen to arguments for an overturning of the decision … he said after the protest he’s organizing a meeting with local officials to hear both sides.

Connecticut has been far from the top of coronavirus hot spot locations in the U.S. … but it has had a reported 53,871 cases since the start of the pandemic, with over 4,000 deaths.