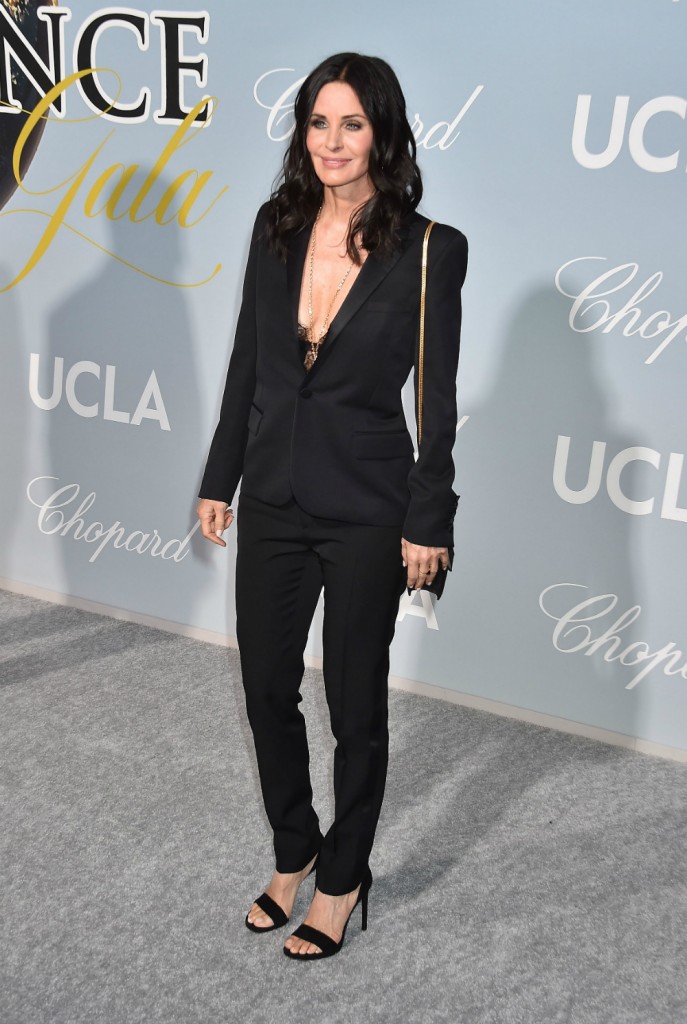 For those who didn’t watch the series Friends, Thanksgiving episodes were always some their best. One of their more famous ones involved Monica, played by Courteney Cox, apologizing to Chandler, played by Matthew Perry, for a past transgression by putting the Thanksgiving turkey on her head and dancing. It was a very funny visual, although the point of the whole thing is it’s the first time Chandler tells Monica he loves her. Oops – spoiler. Here’s your refresher:

Courteney posted a Happy Thanksgiving post on her IG wall in which she wishes everyone a healthy holiday. If you don’t follow Courteney, she has really emerged as an IG champ. Her posts are homespun goofiness but funny, not cringy. And mixed in with her clever videos are casual selfies of Court and her extremely famous friends. She’s worked with everyone and they all still love her. In her Thanksgiving clip, right after telling us she’s thankful, Courteney said she’d snap if she was sent “one more g-d damned gif with that turkey on (her) head, dancing like a f*cking fool”. Then she switched gears again, calmly declared herself the symbol of Thanksgiving and put the g-d damn bird back on her head to dance for us:

After we watched Courteney wiggle that poor lifeless bird as many times as we could handle, she posted a second video – a Making Of. As usual, it begins with Courteney’s wit, opening on a “Vegan Discretion Advised” warning. But the interesting thing is that the threat to her health is not the large amount of salmonella she is exposing herself to, it’s the plastic bag she has covering her face to protect her from the raw bird. At one point, she has to halt production because she cannot, in fact, breathe:

I guess there comes a point where you’ve committed far enough that you are getting the g-d damned bird on your head come hell or high water. I’d have given up the minute they took the giblets out. Even if this is a general “ew!” vibe and the behind-the-scenes only worsens that, it is cute that Courteney was willing to do this for her fans in this horrible year, especially since it looks like she risked her life to bring this moment to us. Of all the times we needed her to put that poor thing on, it was now. I can’t imagine what someone is going to have to do for us, at least in California, now that we’ve had Christmas cancelled. That tree doesn’t fit many places.

Since no Monica/Chandler story is complete without just a dash of irony – the day that Courteney posted the video of her dancing with the turkey on her head was the day Matthew Perry announced his engagement to his 29-year-old girlfriend. 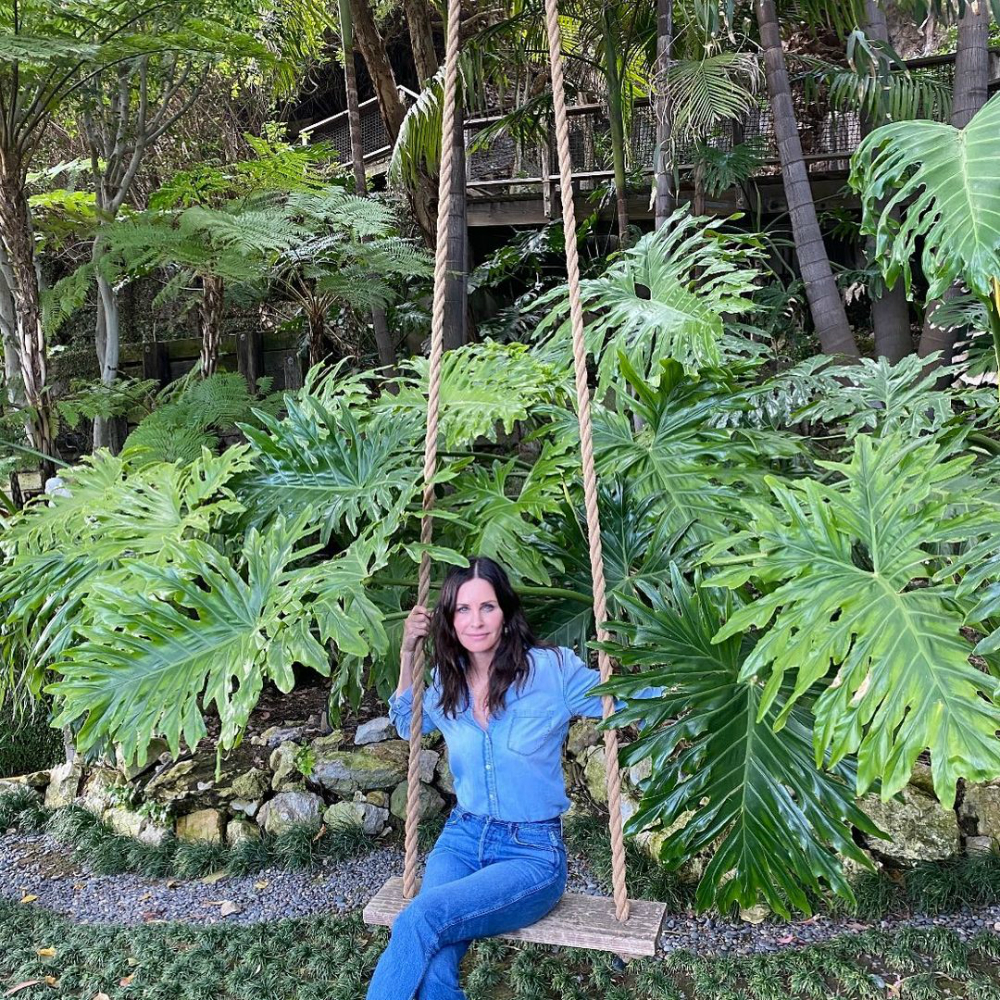