Courtney Love is officially a member of the Pixie Cut Club. She has now joined the ranks of other celebrities that have also worn the chic, shorty hairstyle throughout 2021, such as Demi Lovato, Rihanna, Janelle Monáe, and Cardi B.

Love shared a photo of the new 'do via Instagram on Monday, September 20. She captioned the post with the word "LIBERTE!" followed by the haircut and winky-face emojis. The French word that serves as her caption literally means freedom, implying that Love probably felt a sense of relief after parting ways with her shoulder-length lob and curtain bangs.

She also tagged Josh Wood Colour, and the hair-color brand posted Love's new look to their Instagram page as well. In their photo carousel's caption, they revealed that hairstylist Pete Burkill was responsible for the cut, and colorists James Gould and Josh Wood (the founder of Josh Wood Colour) were behind Love's color. They also mentioned that Love showed off her new cut at a London Fashion Week event on Sunday, September 19.

Burkill, the principal hairstylist at Josh Wood's London-based salon, explained why he opted for a long pixie cut. "You can see how liberated Courtney is in her new look, we wanted to create something versatile that can be styled in many ways so [we] opted for a longer textured pixie," he writes in the caption. 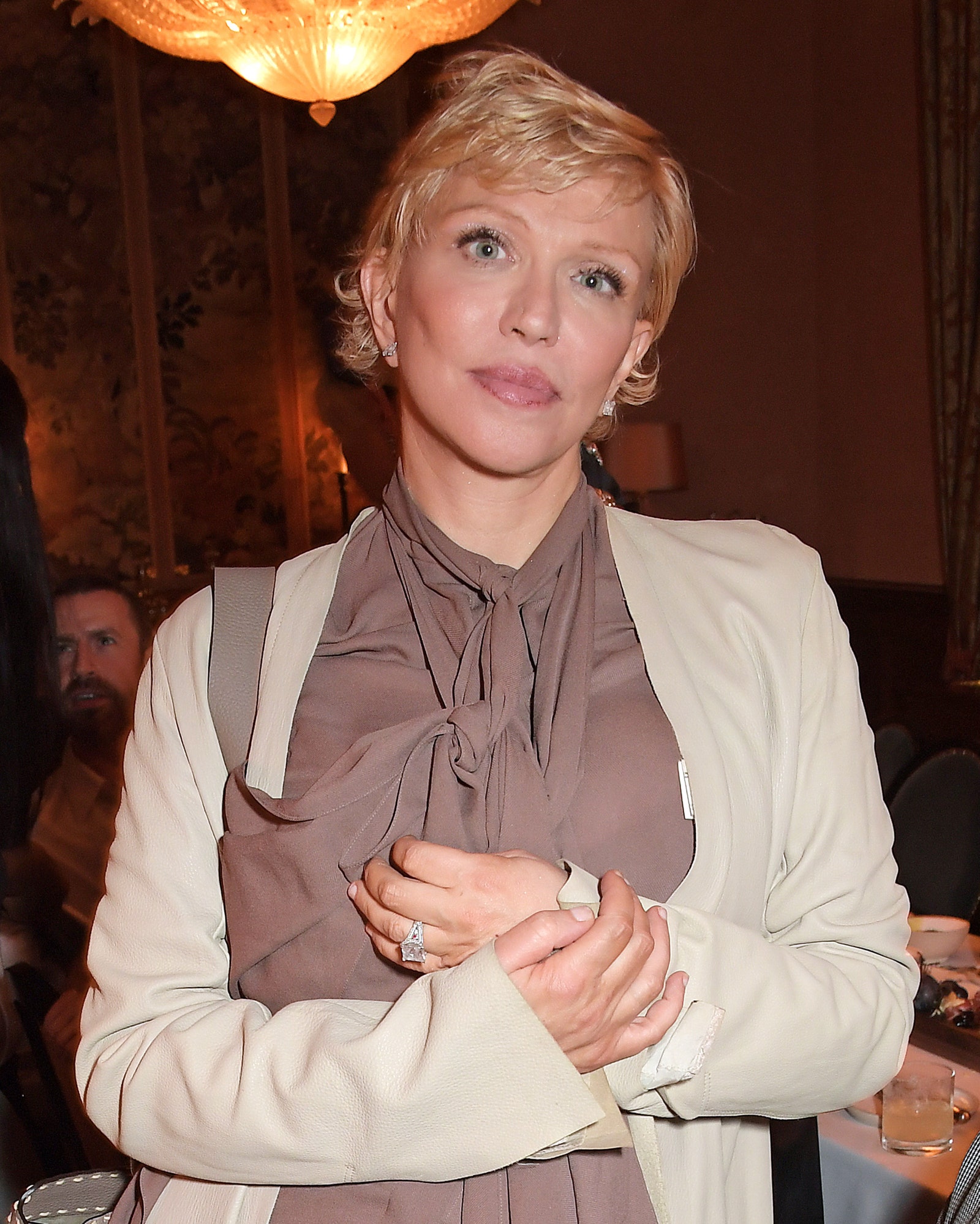 This cut is definitely a big change for the singer-songwriter, especially since she's seemed to favor long hair and curtain bangs throughout the years. In fact, one of Love's fans thinks the new look is giving off "Strong Julie Andrews vibes❤️." We think so too (see the second photo of Love's look in Josh Wood Colour's carousel), though she doesn't pass as Andrews's exact doppelgänger. But whether you see the resemblance or not, it's hard not to be inspired by the leap of faith she took to get such a major cut.