And Dakota Johnson, 30, and Chris Martin, 43, proved they were stronger than ever on Saturday evening .

The happy couple stepped out for a sunset stroll in Malibu and walked arm-in-arm. 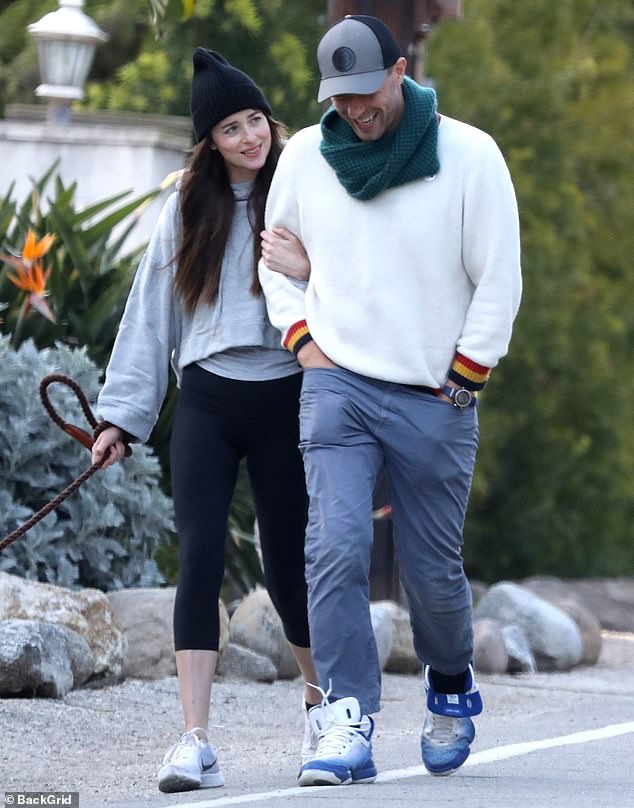 High spirits: Dakota Johnson and Chris Martin flashed a smile when they stepped out for a self-isolation break on Saturday evening

Dakota stunned in a cropped grey sweatshirt and a pair of 3/4 length tights.

She teamed the look with white sneakers and added a beanie for extra warmth.

She styled her brunette hair out and appeared to be wearing a natural amount of makeup. 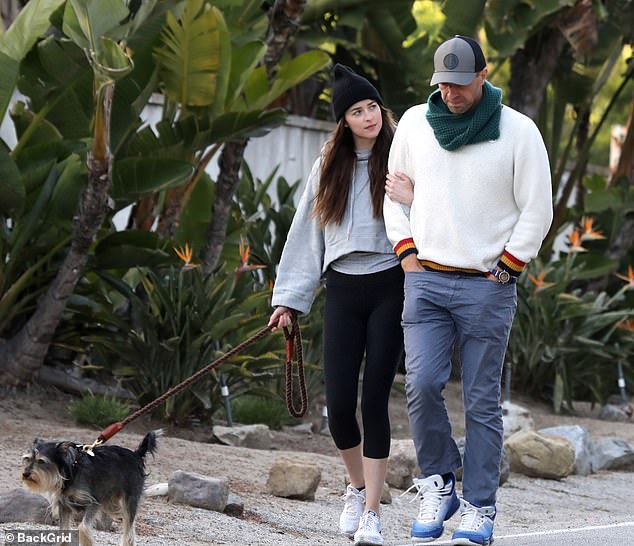 Casual: Dakota stunned in a cropped grey sweatshirt and a pair of 3/4 length tights 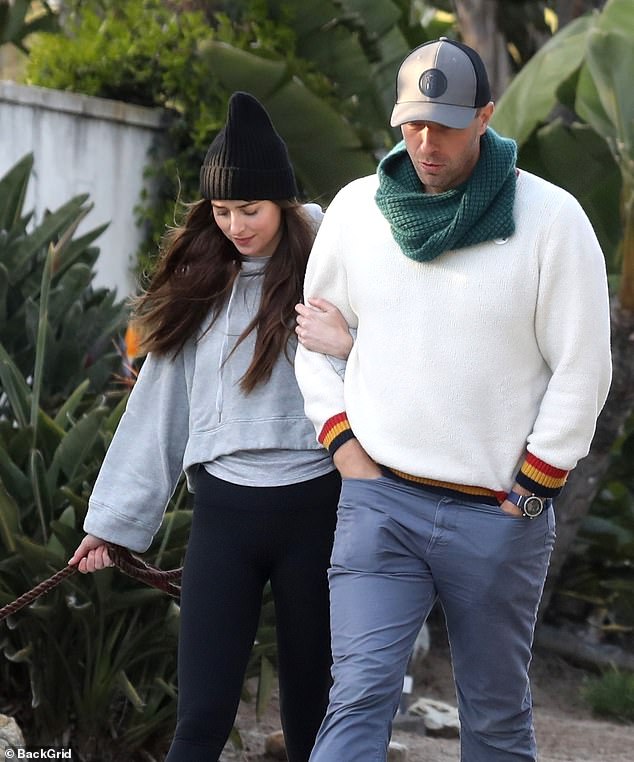 Rugging up: The pair used a beanie and scarf to add extra warmth during the evening stroll

Chris also rugged up in a white sweater and a moss colored scarf around his neck.

He accessorised with a grey cap and walked with his hands in his pocket.

The Coldplay singer and Fifty Shades actress have been going strong ever since they last reconciled their relationship in July 2019.

They reportedly broke up the month earlier over a disagreement of their future. 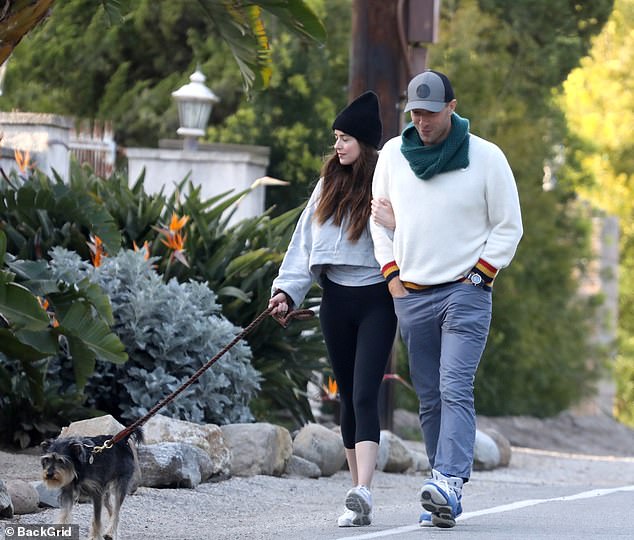 Better than ever: The Coldplay singer and Fifty Shades actress have been going strong ever since they last reconciled their relationship in July 2019 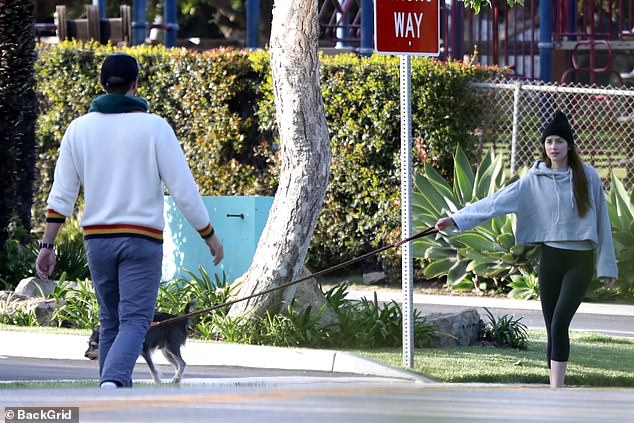 Dog mom: Dakota was seen taking control of her dog during the walk

‘Chris made it clear that he wants more kids as soon as possible but Dakota’s career has really taken off and that’s the last thing she wanted to think about right away,’ the Sunday Express reported at the time.

But ever since their reconciliation, the pair have appeared to be in high spirits and stronger than ever.

Dakota even joined in the family holiday to Aspen, Colorado, over the Christmas/New-Year break with Gwyneth Paltrow, her husband, Brad Falchuk, and kids Apple, 15, and Moses Martin, 13.

She was even there on Gwyn and the producer’s honeymoon in the Maldives in January 2019. 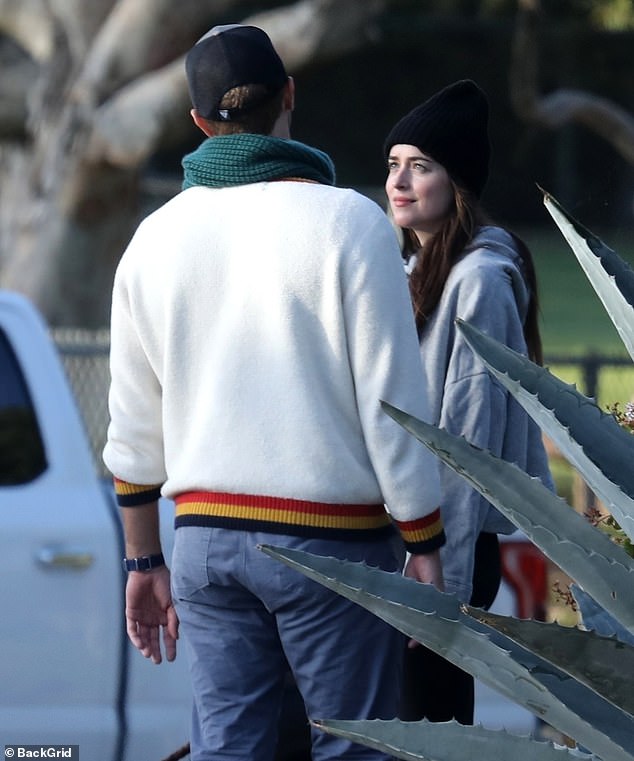 Part of the family: Dakota has been a big part of the Martin clan – even joining in on their family holidays 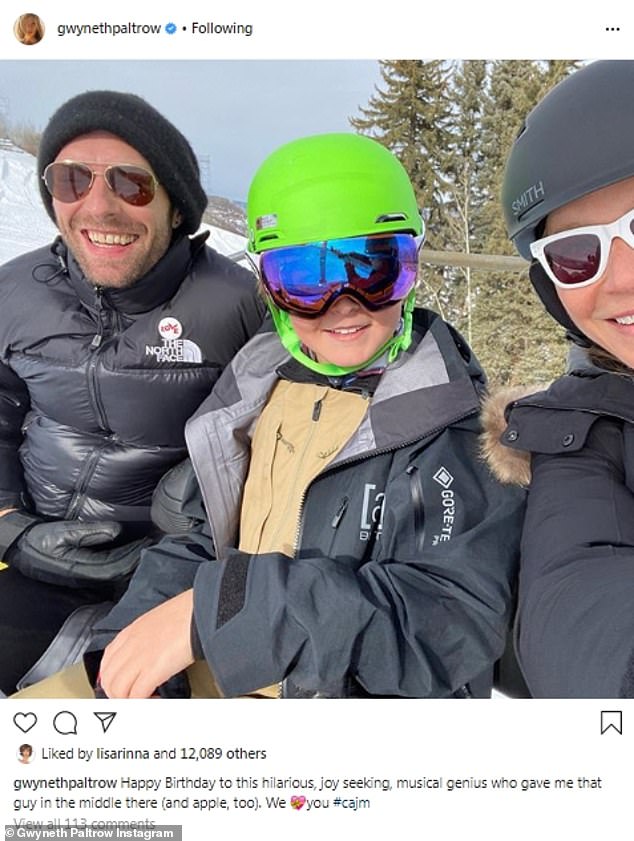 Still best friends: The Goop founder has previously revealed she speaks with her ex, Chris, every single day

Gwyneth and Chris tied the knot in 2003, but later announced their separation, telling fans they were ‘consciously uncoupling’ in 2014.

The Goop founder has previously revealed she speaks with her ex, Chris, every single day.

She told ES Magazine in 2018 that while their 2016 divorce was ‘difficult’, they were not in a great place.

‘I think we’ve managed to really stay a family,’ she told the publication.

‘Chris is a very close friend. I see him every day, I talk to him every day. And it [the divorce] was very difficult, but I think you see in the children that they got through it, so I am proud of us, I really am.’ 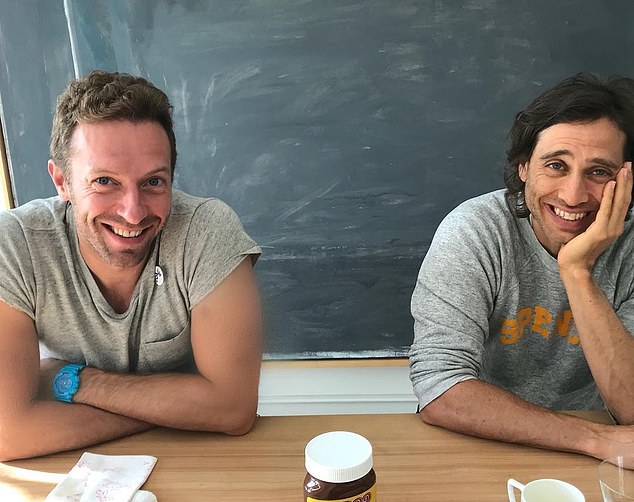