Following Dave Chappelle’s last-minute performance in Buffalo, New York, over the weekend, the comic is donating all proceeds from the show’s ticket sales to the families of victims killed in the May 14 mass shooting there. Dave’s stand-up set at Shea’s Performing Arts Center in Buffalo on Sunday, June 5, sold out in less than an hour, according to Buffalo NBC affiliate WGRZ. Dave reportedly announced at the end of the show that he’d invited family members of the victims in the shooting to be his guests that night, then revealed his plans to donate the night’s ticket sales proceeds to them. Given the venue’s 3,000-seat capacity, the donation amount is expected to be sizeable. The May 14 tragedy left at least 10 people dead after a man began shooting with semi-automatic firearm at a Tops Friendly Market grocery store in a predominantly Black neighborhood. The 18-year-old suspect, who pleaded not guilty after being taken into custody, had previously shared a manifesto on social media in which he proclaimed to be a white supremacist. The FBI is reportedly investigating the attack as a hate crime.

Mariah Carey’s “Queen of Christmas” status could end up costing her millions. In a $20 million lawsuit filed in New Orleans on Friday, June 3, singer-songwriter Andy Stone claims Mariah’s massive, 1994 hit “All I Want For Christmas Is You” exploited the name, “style” and “popularity” of a song of the same name he co-wrote and recorded with his band, Vince Vance and the Valiants, five years earlier, according to NBC News. Naming Mariah, her co-writer Walter Afanasieff and Sony Music Entertainment as defendants, Andy alleges his 1989 version of “All I Want For Christmas Is You” got “extensive airplay during the 1993 Christmas season and began making appearances on the Billboard Music Charts.” He’s suing on grounds of “copyright infringement and unjust enrichment,” and claims Mariah and her team never asked for permission to use the same name as his country single for her pop track, People reported on Monday. The two songs do not share any lyrics or melody, but Andy says her use of a song title he’d already recorded and released has caused “confusion.” He’s reportedly seeking damages of at least $20 million. Mariah’s “All I Want for Christmas” track was released on her 1994 album, “Merry Christmas.” In 2021, it became the first holiday song ever certified Diamond by the RIAA for selling more than 10 million copies. Andy’s 1989 song has appeared on Billboard’s Hot Country Singles and Tracks chart. Kelly Clarkson also released a cover of the tune in 2020. According to People, Mariah had not yet responded to the complaint as of Monday.

Jennifer Lopez tears up while thanking ‘the people who broke my heart, lied to me’ at 2022 MTV Movie & TV Awards

An emotional Jennifer Lopez gave what Vulture deemed an “Oscar-worthy speech” at the 2022 MTV Movie & TV Awards in Los Angeles over the weekend. While accepting The Generation Award, the “Hustlers” star, 52, told the crowd she had a “different” kind of thank-you list she wanted to share for the honor on Sunday, June 5. “I want to thank all the people who gave me this life. I want to thank the people who gave me joy, and the ones who broke my heart,” Jen began. “The ones who were true, and the ones who lied to me. I want to thank true love, and I want to thank the way that I lied to myself, because that’s how I knew that I had to grow,” she continued, before shouting out her thanks to “disappointment and failure for teaching me to be strong.” Finally, through tears, the singer and actress thanked her 14-year-old twins, Max and Emme “for teaching me to love. MTV’s Generation Award “celebrates beloved actors whose diverse contributions to both film and television have turned them into household names,” the network said in a press release.

Stars including Cardi B, JoJo Siwa and Janelle Monae came together in Los Angeles on Sunday, June 5, for the West Hollywood Pride Parade, kicking off a month of festivities celebrating the LGBTQ+ community. Clad in an on-theme rainbow jumpsuit and matching rainbow hair, the rapper — who officiated Raven-Symone and Miranda Maday’s wedding earlier this year — was photographed spraying shots of boozy whipped cream into the mouths of adoring fans as she rolled past on a float packed with friends. JoJo, dubbed the parade’s “Next Gen Pride Icon,” and her on-again girlfriend, Kylie Prew, were also decked out in full rainbow shades as they partied on a separate float, while “Grand Marshall Icon” Janelle opted for a barely-there black top, silver chain pasties and a skintight black and white checkered skirt. She topped off the look with a matching black and white checkered police hat — and later promised”more gay things to come” on Instagram. Other celebs spotted at the WeHo Pride bash included MJ Rodriguez, Loni Love, Cheyenne Jackson and Gloria Allred.

Sarah Hyland had what she described as “the bridal shower of my dreams” over the weekend, nearly three years after Wells Adams popped the question. The “Modern Family” star, 31, shared photos from the celebration on her Instagram Stories on Sunday, June 5, showing off pics of the bride-to-be smiling alongside pals including Vanessa Hudgens, and being surprised at one point by her fiance, who appeared at the party with a bouquet of flowers for the actress. “Soooooo I finally had my bridal shower yesterday,” Sarah wrote on a photo of a purse emblazoned with her future married name, “Mrs. Adams.” “Thank you @ciaracrobinson for hosting the most GORGEOUS Bridal Shower of my dreams!!!” she gushed. “I love you more than words can say and I’m so grateful to have you as my best friend and sister.” Sarah and Wells announced their engagement in 2019 and planned to tie the knot the following summer. The wedding was then delayed twice because of the pandemic. They have not shared their current planned wedding date, according to People. 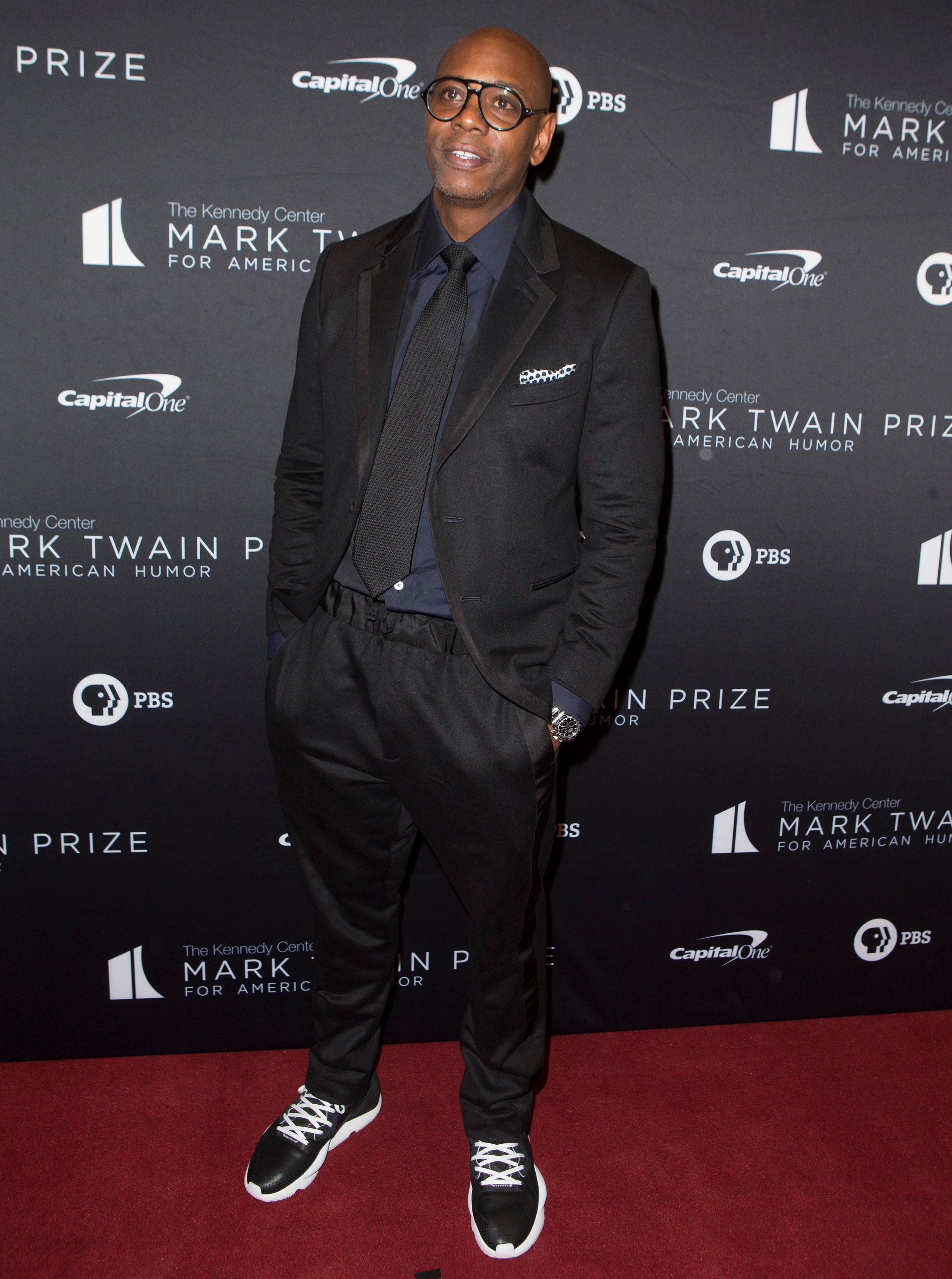 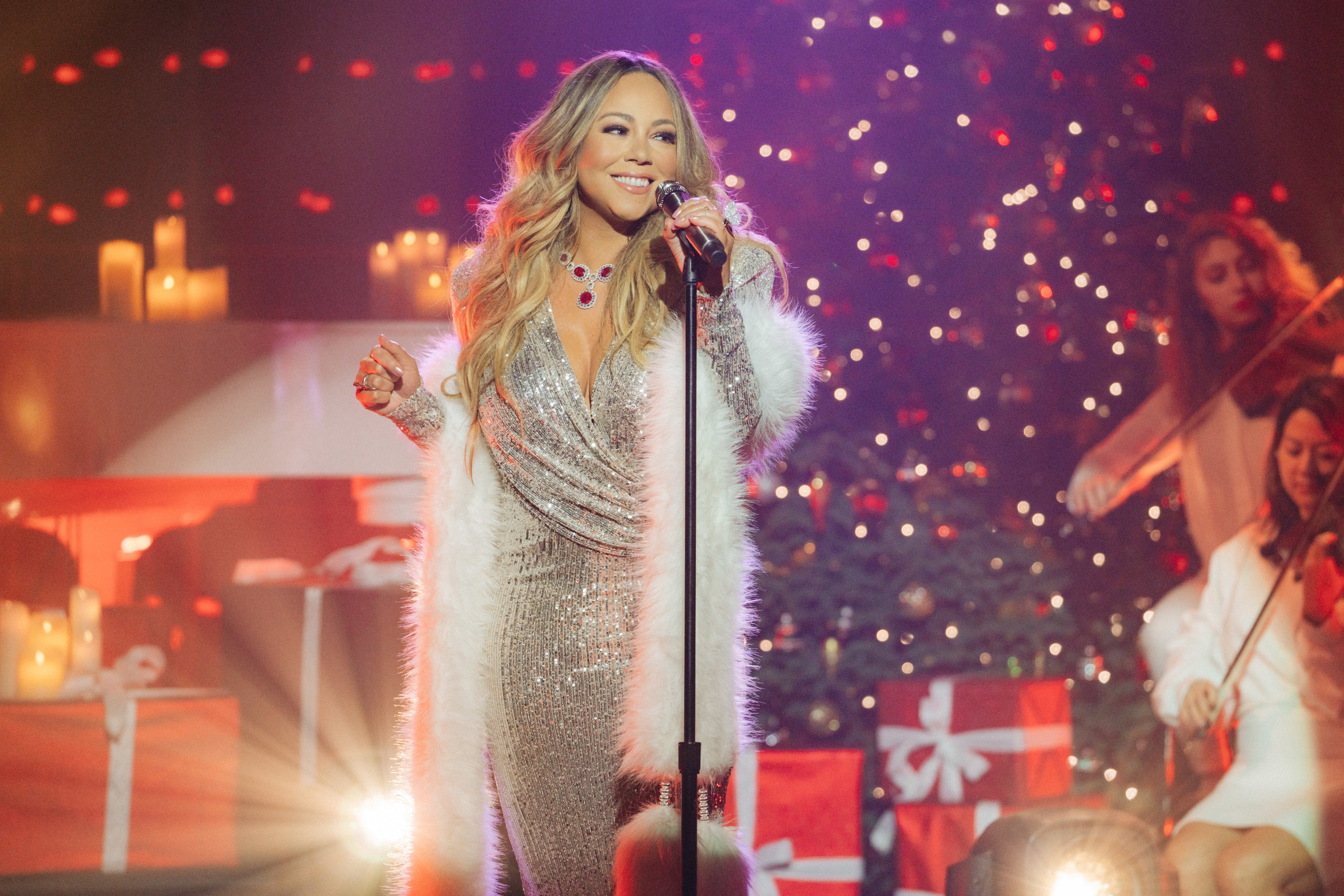 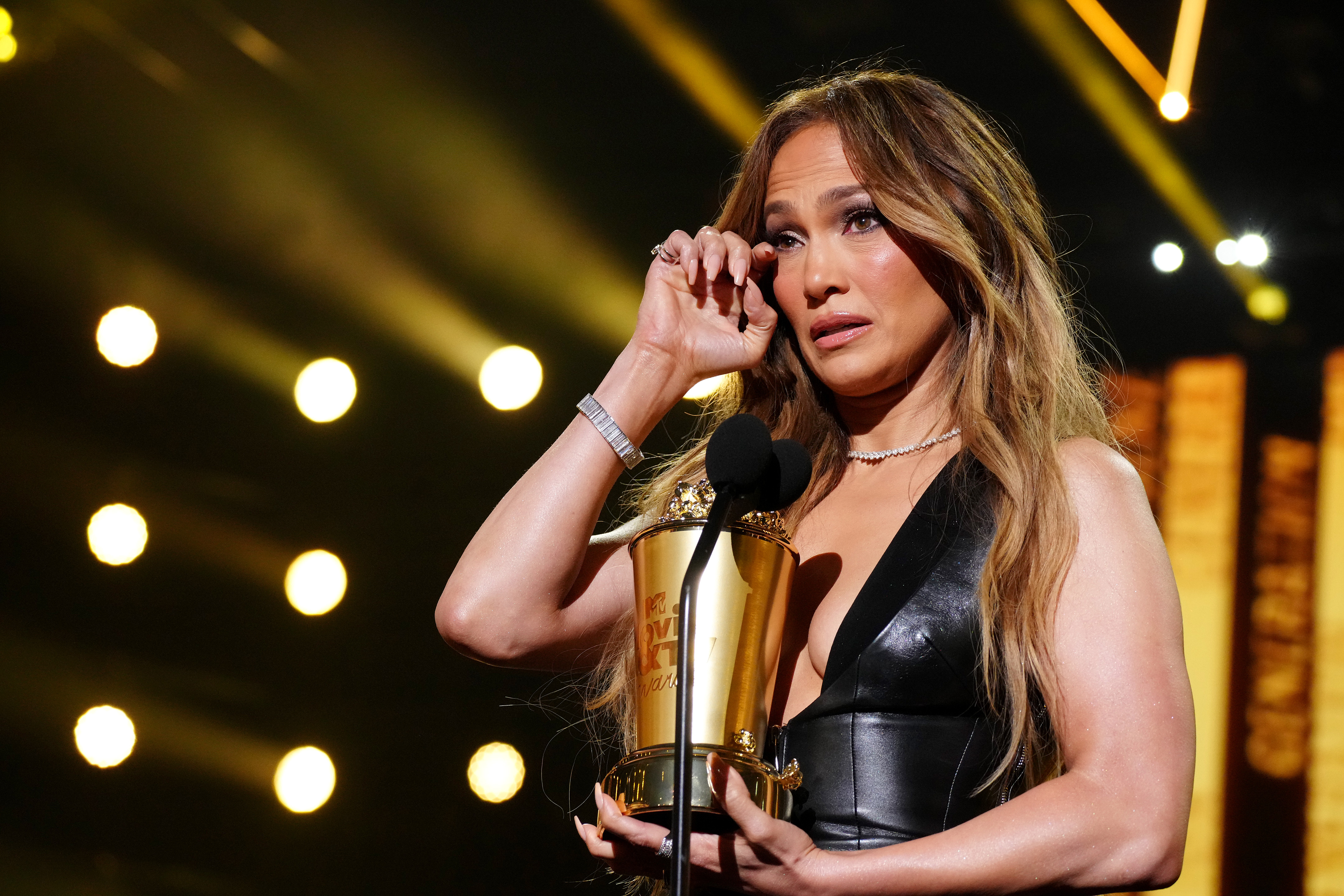 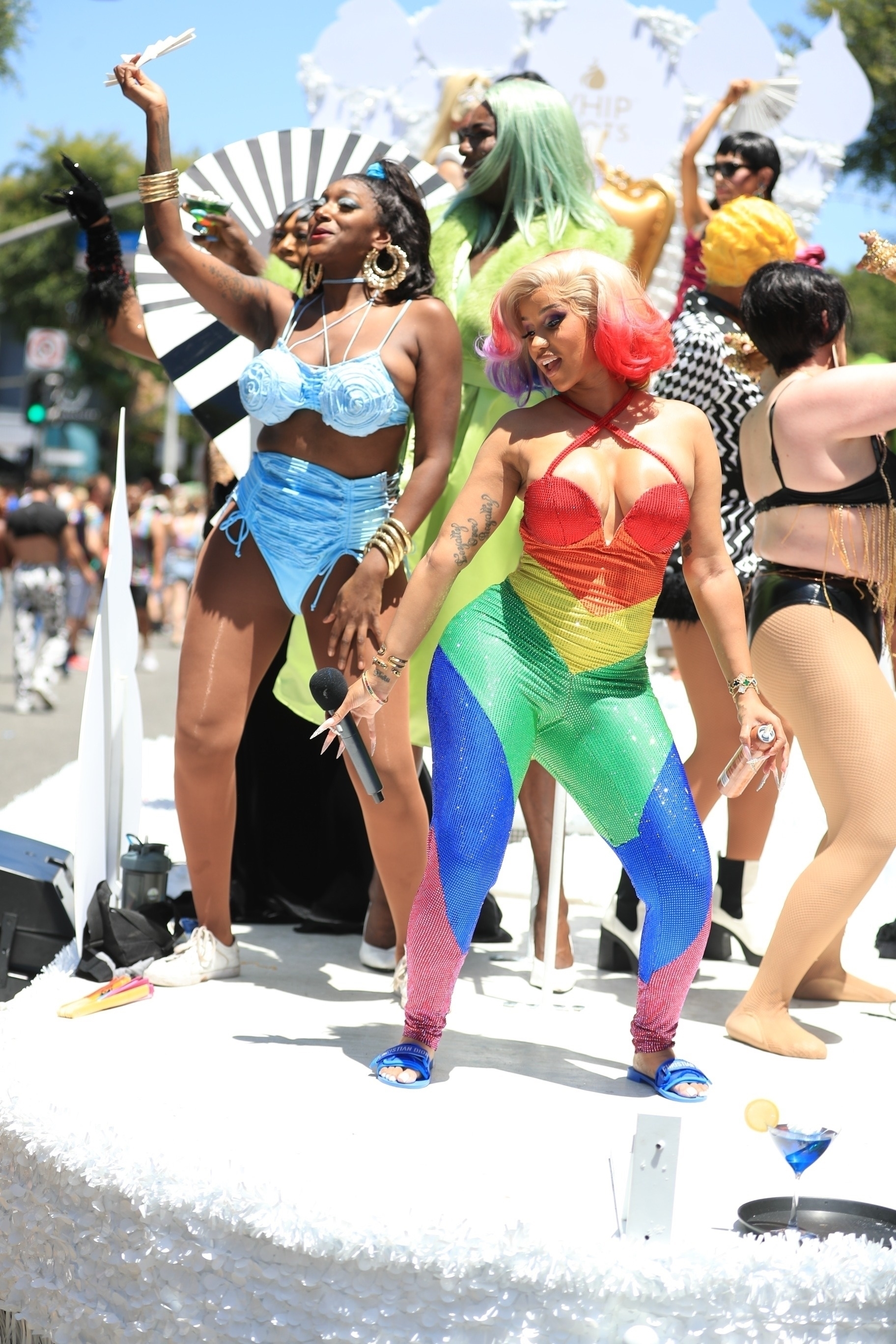 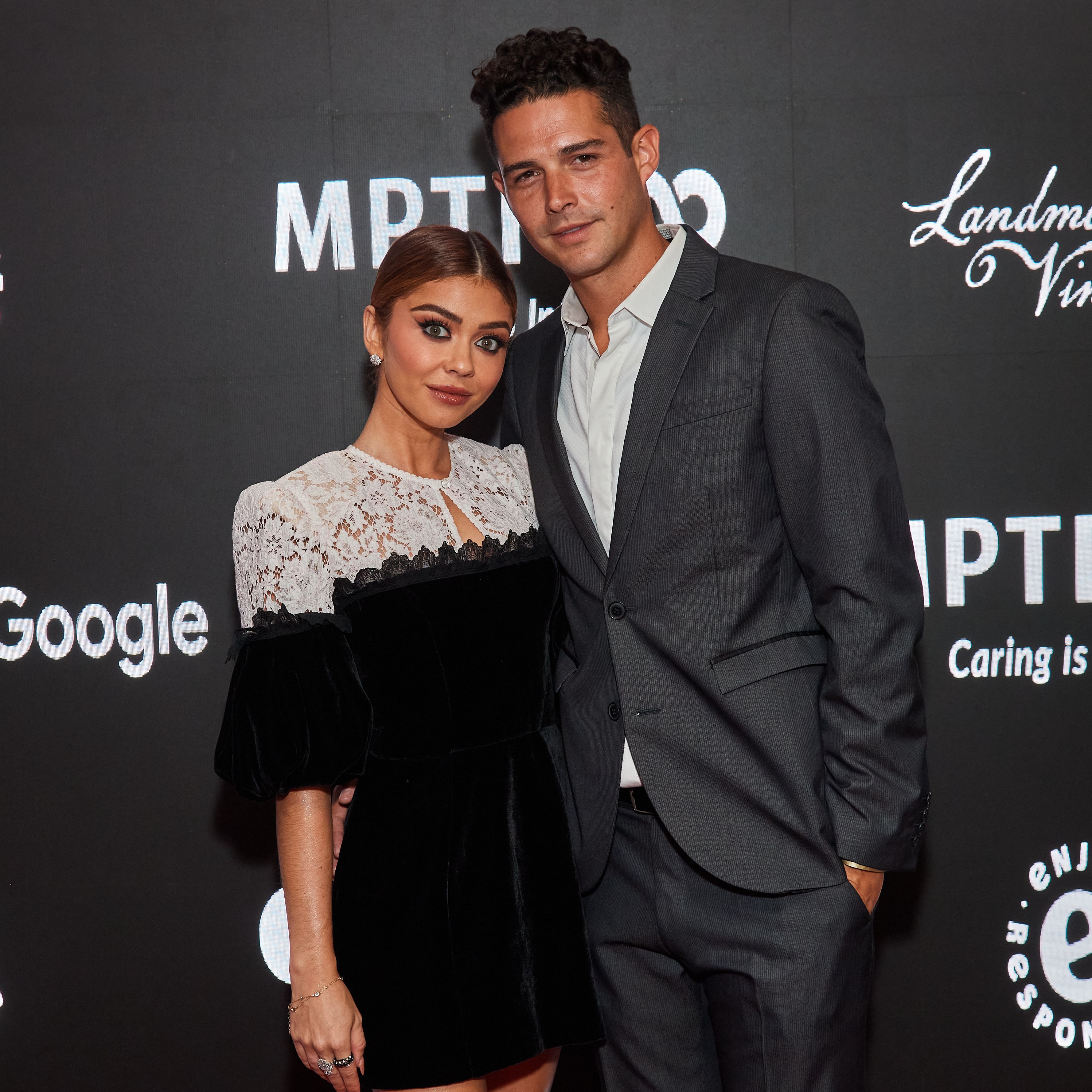