Sir David Attenborough has answered climate change questions from his celebrity fans including David Beckham and Billie Eilish to celebrate release of his new documentary.

The wildlife broadcaster, 94, met a series of famous faces on a video call in a clip released by Netflix ahead of the airing of David Attenborough: A Life on Our Planet.

David was quizzed by a series of inquisitive celebs including footballer and activist Marcus Rashford and actresses Judi Dench and Maisie Williams on the call, with each of them asking the expert one question. 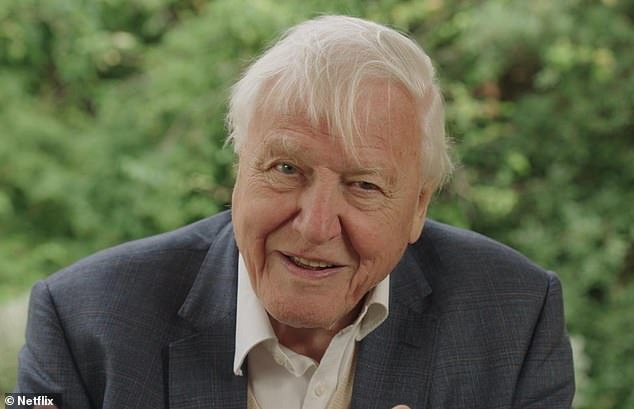 Footballer David, 45, was keen hear the expert’s thoughts and asked: ‘You have done so much to open all our eyes to the issues facing our planet. Your programmes make us care about the natural world, and what we need to do to protect it.

‘You have travelled the globe many times over learning about nature. If you had one message for our children about the future of our world, what would it be?’

Sir David replied: ‘To look after the wild world of which we are a part. To care for the animals you see. Don’t waste things – don’t waste food or electricity. 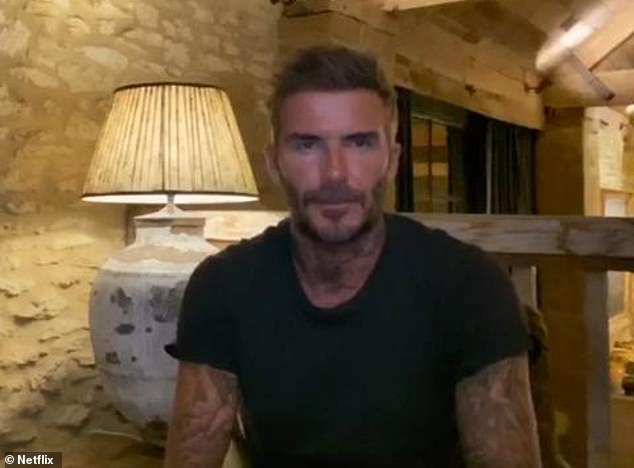 Inquisitive: The wildlife broadcaster, 94, met a series of famous faces on a video call including footballer David Beckham (pictured) 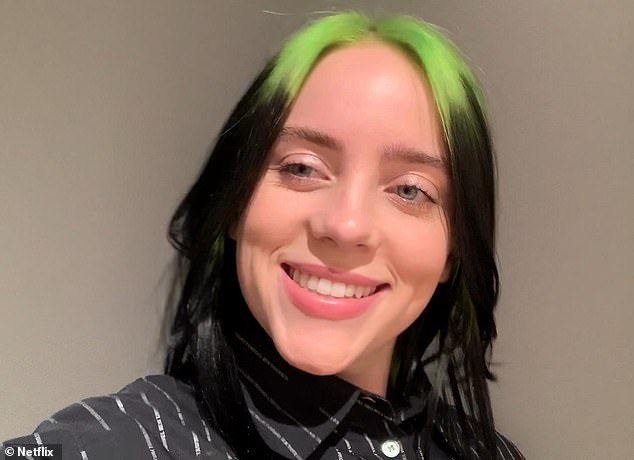 Famous faces: David was quizzed by a series of inquisitive celebs including the singer Billie Eilish (pictured)

‘Look after the natural world – it is the most precious thing we have and we are a part of it.’

Singer Billie Eilish, 18, was next up to ask the legendary broadcaster a question, querying: ‘How do you cope with your personal feelings about all the animals that are losing their lives and/or going extinct?

‘How do you actually deal with that as a human being?’ 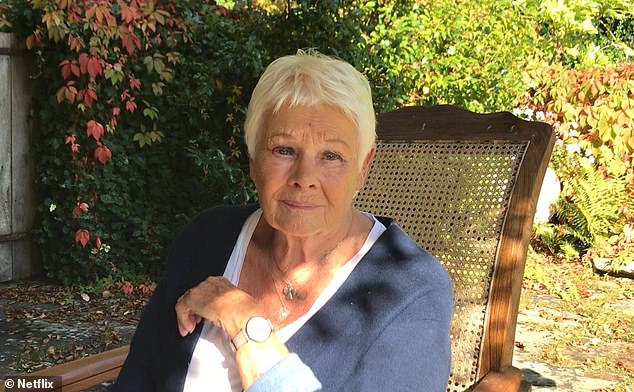 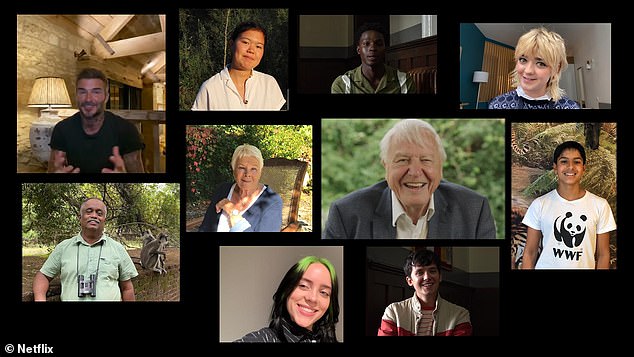 Star-studded: To mark the release of David Attenborough: A Life on Our Planet, Netflix and WWF collaborated with various celebs for the special video call

Sir David explained: ‘You feel desperate’, before describing how ‘the most astonishing sight’ he’d ever seen in the natural world was when he went diving on the coral reef.

However when he dived down in almost exactly the same place years afterwards, he saw that the brightly coloured corals were left dead due to the rise in sea temperatures.

He added: ‘Instead of that pageant of life, it was like a cemetery. All stark white. It had died. It had been killed by the rising temperature that we, humanity, have created.’ 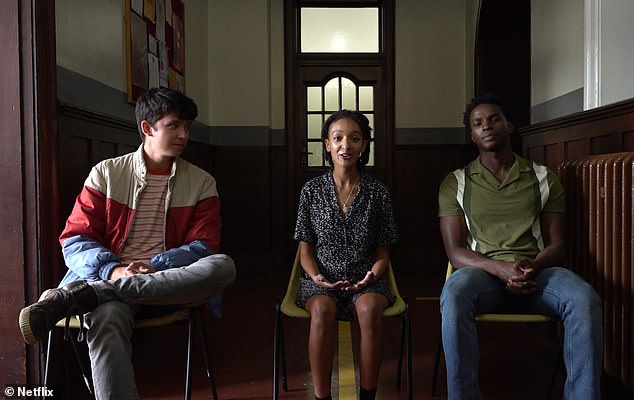 ‘That was a terrible sight, and terrible vision for what we are doing to the natural world, not only in the sea, but on the land and in the air.’

Sex Education stars Asa Butterfield, Kedar Williams-Stirling and Patricia Allison also appeared to ask a question in the video, as well as Our Planet cameraman Sandesh Kadur among others.

Produced in collaboration with the environmental organisation WWF, the unique feature documentary will tell the story of life on our planet by Sir David. 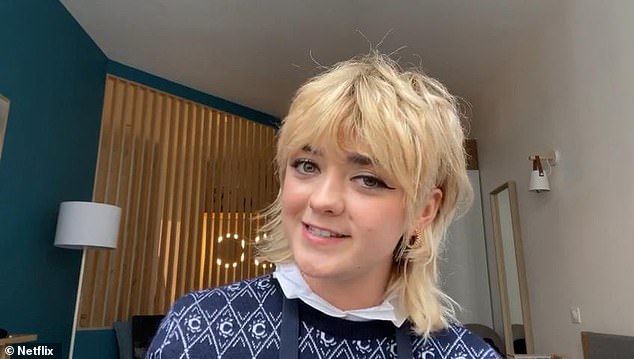 Getting involved: Game of Thrones’ Maisie Williams took part in the call where each celebrity got to ask Sir David one question

In more than 90 years, Attenborough has visited every continent on the globe, exploring the wild places of our planet and documenting the living world in all its variety and wonder.

Addressing the biggest challenges facing life on our planet, the film offers a powerful message of hope for future generations.

David Attenborough: A Life on Our Planet is available on Netflix on October 4. 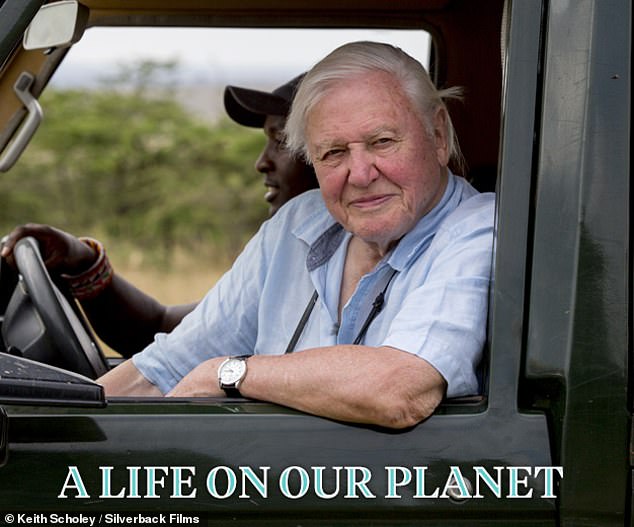 TV gold: David Attenborough: A Life on Our Planet is available on Netflix on October 4