His wife Victoria Beckham has just come to the end of a decidedly busy period, after unveiling her latest clothing collection at London Fashion Week.

And David Beckham stepped out for a project of his own all in the name of fashion on Monday morning, when he paid a surprise visit to a south London school to announce a new apprenticeship collaboration with the British Fashion Council.

Accompanied by model Adwoa Aboah, the sportsman, 44, left pupils at Lewisham’s Prendergast Vale School elated as he dropped in for his unannounced visit and spoke with the awestruck youngsters about the Fashion Studio Apprenticeship. 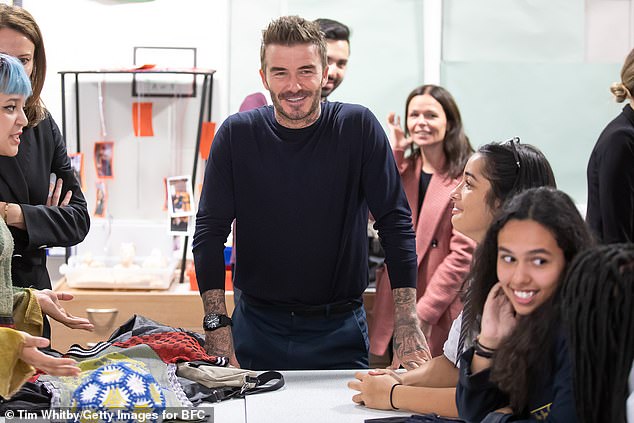 The father-of-four arrived in his usual dapper style, donning a black cashmere sweater with navy tailored trousers as he joined designers Richard Quinn, Rosh Mahtani and Paolino Russo for the special visit.

And after the children listened intently to their celebrity visitors, they soon made the most of having stars in their midst, as they got autographs from David and posed for a stream of fun photographs with the retired footballer.

Following his chat with the youngsters and autographing their school shirts, David stated that his  visit to the school made for an ‘inspiring morning’. 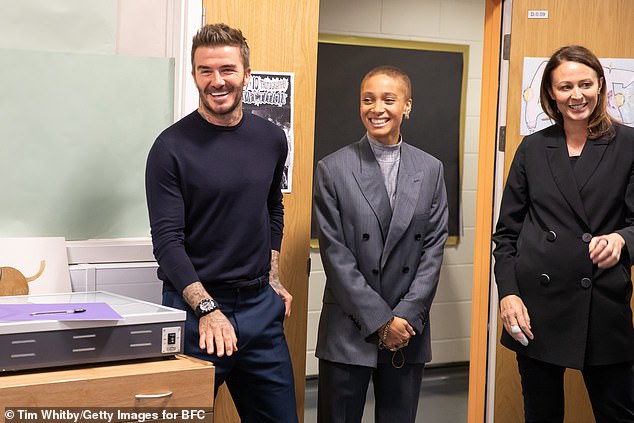 Special guest: Accompanied by model Adwoa Aboah (centre), the retired footballer, 44, left pupils at the Lewisham school elated as he dropped in for his unannounced visit 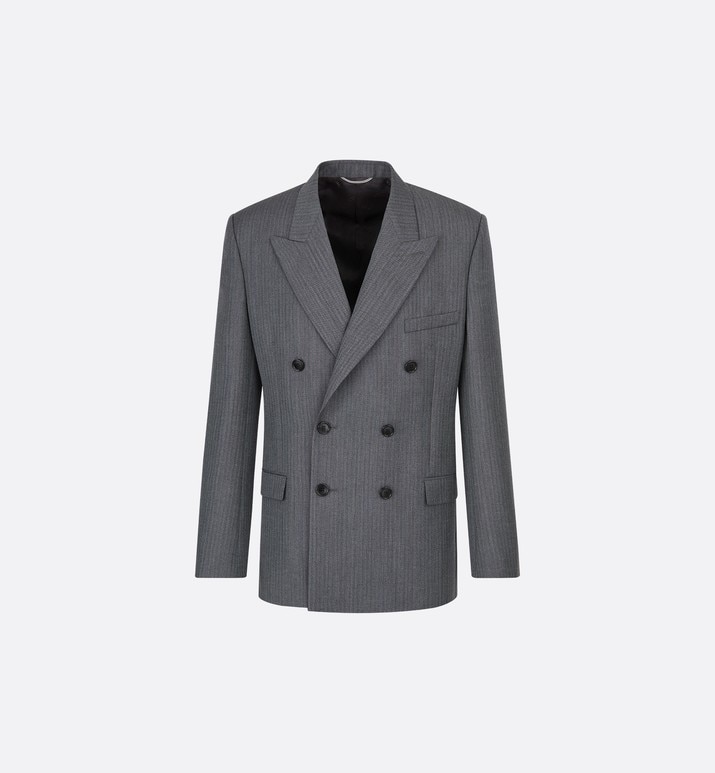 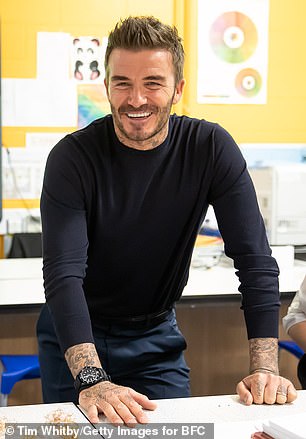 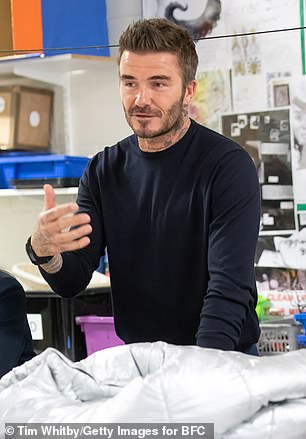 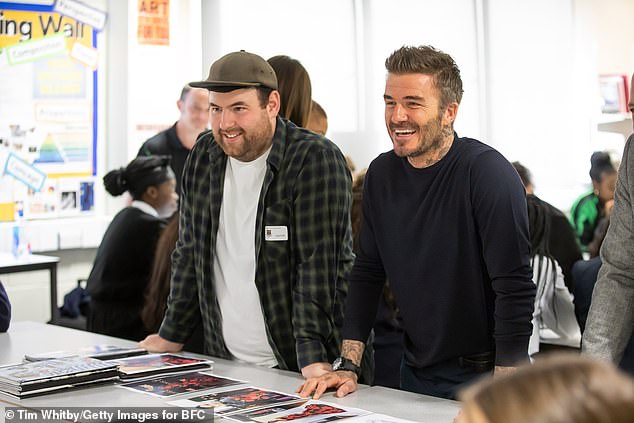 Designer: Richard Quinn was among the designers who joined the star for his surprise visit

London-born beauty Adwoa said, according to Harper’s Bazaar: ‘The Fashion Studio Apprenticeship is proof that not every role in fashion needs an academic degree and that our industry is one that is open to everyone, no matter their background.’

Fashion Studio Apprenticeship has been launched with the aim to give youngsters the opportunity to launch successful careers in various areas of the fashion industry, without having to gain higher education qualifications.

David serves as the ambassadorial president for the BFC, while Adwoa has been appointed ambassador for positive fashion.

Last week, the hunky sportsman was seen filming promotional material on behalf of lavish Chinese hotel The Londoner Macao ahead of its grand opening. 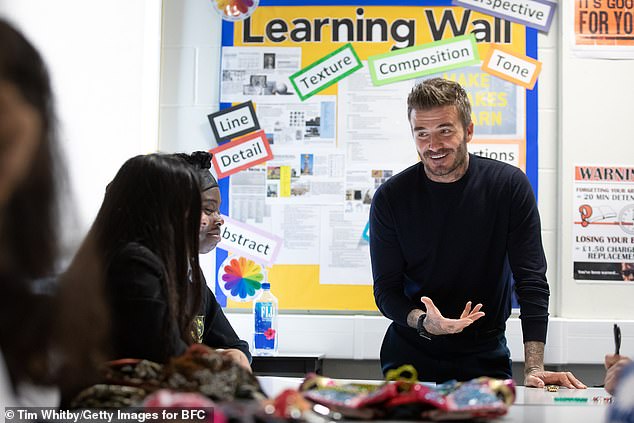 Listen: The pupils at the south London school listened intently as the former footballer spoke 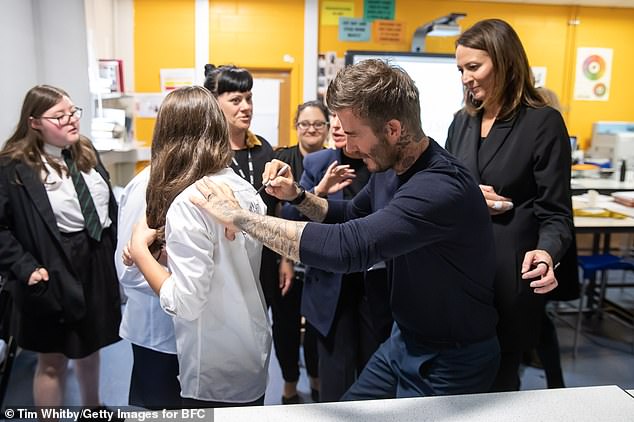 Signs: The pupils made the most of their time with the star, when they requested autographs 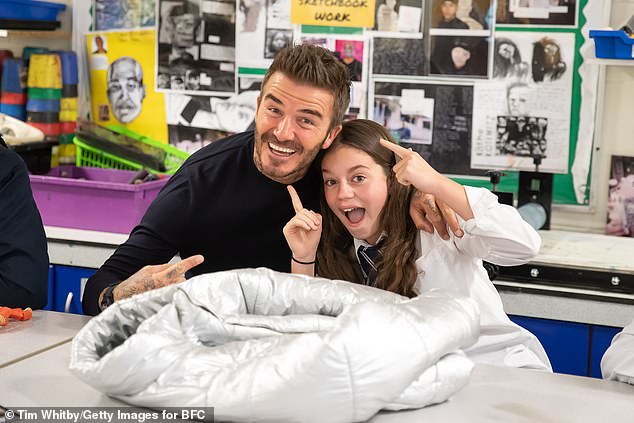 Making it a family affair, he was supported by eight-year-old daughter Harper for his latest stint for the luxury establishment, as they filmed in London earlier this month.

The football icon looked lovingly at his youngest child, as the pair got to work on set and met a British Bulldog during filming.

David and Harper were met by a man dressed in a suit adorned with the Union Flag, and he led his British Bulldog on a lead.

The pet pooch also had a cape accessory designed with the Union Flag, and the dog happily met with Harper and David who pet him softly. 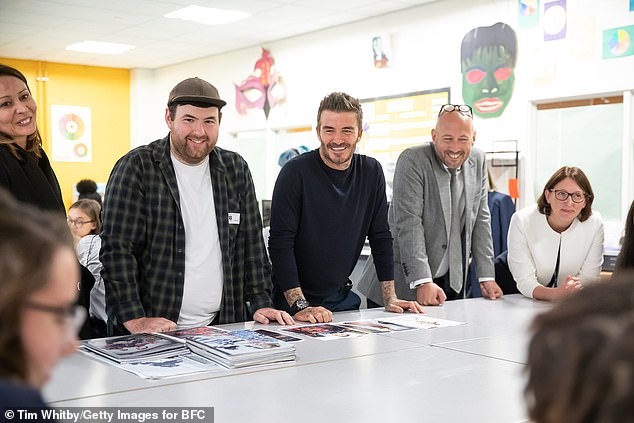 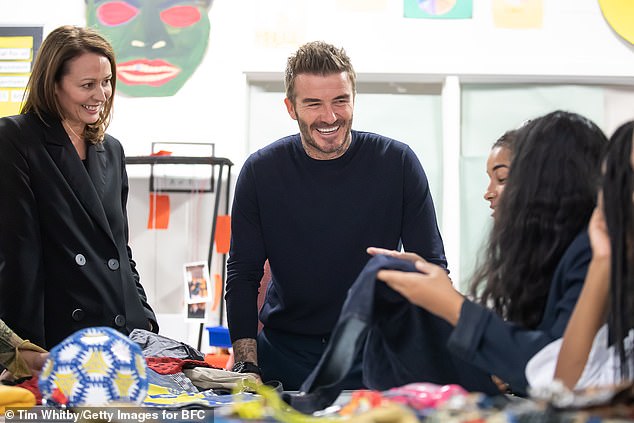 Goal: Fashion Studio Apprenticeship aims to give youngsters the chance to launch careers in various areas of the fashion industry, without having to gain higher education qualifications

David was on hand to shoot the ad as part of his role as brand ambassador for luxurious 5-star hotel The Venetian Macao and by extension its Macao based owner, Sands China Limited – a subsidiary of Las Vegas Sands Corp.

With the Sands group spending a reported $1.1billion on rebranding its Sands Cotai Central (SCC) into London themed hotel The Londoner Macao, British icon Beckham has been recruited to shoot a series of commercials around the capital.

Drawing inspiration from iconic London architecture, The Londoner Macao will include a facade modelled on the Palace of Westminster and Houses of Parliament.

It will also include 200 shops, three spas and four health clubs among its numerous leisure facilities. The hotel is expected to open in 2020. 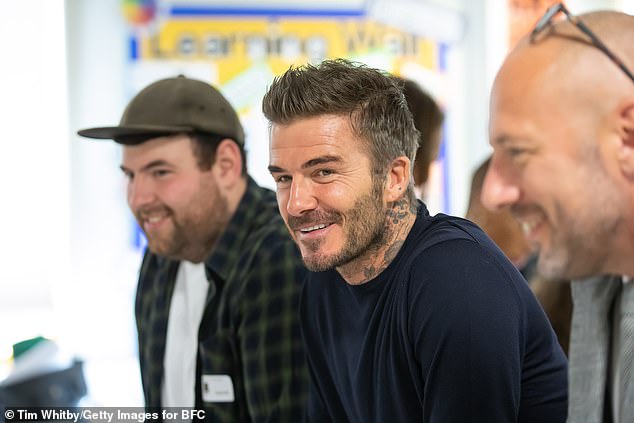 Important role: David serves as the ambassadorial president for the BFC, while Adwoa has been appointed ambassador for positive fashion 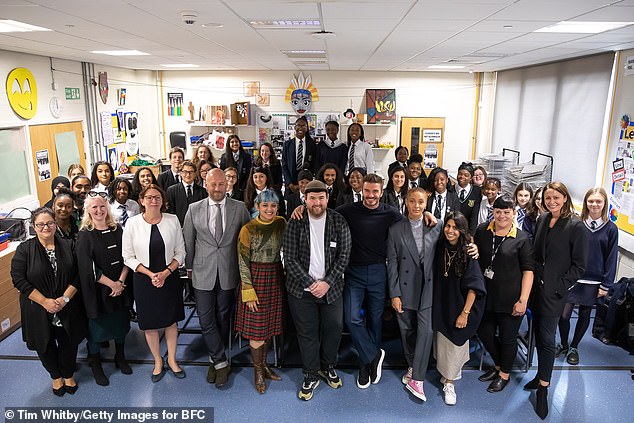