David Beckham, 45, showed off his banter with wife Victoria Beckham, 46, after the fashion designer posted several crying with laughter emojis in response to his latest Instagram post. It comes after the former professional footballer recruited his son Brooklyn Beckham, 21, to recreate one of his photoshoots from 15 years ago.

The star shared his transformation in view of his 63 million Instagram followers yesterday, which was inspired by a snap from a perfume commercial, taken by Annie Leibovitz in 2005.

In his updated version of the picture, the dad-of-four posed in front of a stormy backdrop in a navy blue jacket, which he paired with an unbuttoned black shirt and blue jeans.

He admitted that although he was rocking the “same look” for the new snap, he has a “few more grey hairs” now. 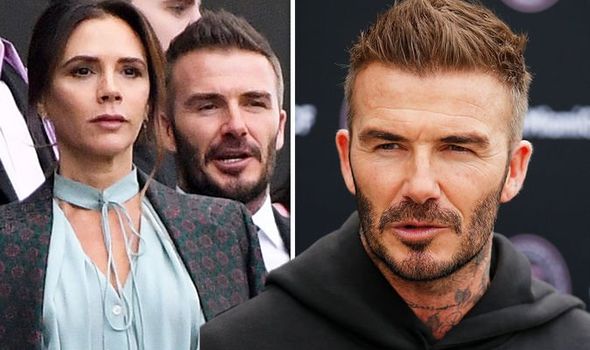 Same look, few more grey hairs 15 years onHaving some fun with @BrooklynBeckham recreating this shot from 15 years ago by the legendary @annieleibovitz. #DavidBeckhamFragrances

“Having some fun with @BrooklynBeckham recreating this shot from 15 years ago by the legendary @annieleibovitz #DavidBeckhamFragrances.”

Although David seemed happy with the results of the photoshoot with his son, his wife Victoria cheekily mocked his post.

She wrote in the comments section alongside crying with laughter and woozy face emojis: “This is the best post I have ever seen! It is EVERYTHING!!”

However, David didn’t let Victoria get away with her mischievous remark, as he insisted his Instagram post that day was better than hers. 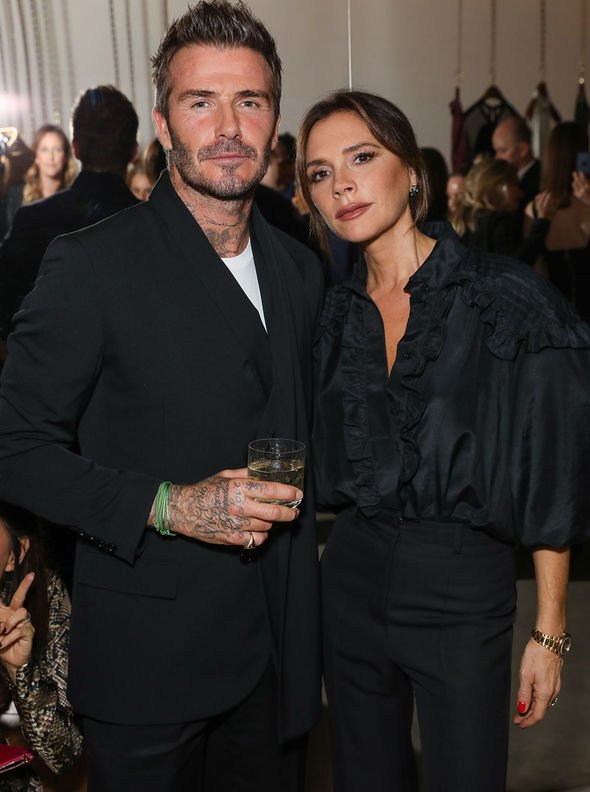 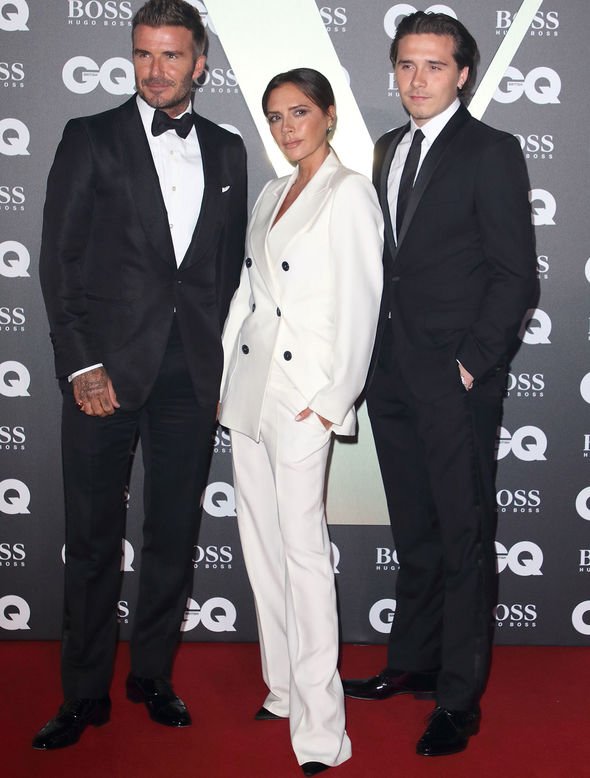 He humorously hit back: “Whatever @victoriabeckham better than your golden hour shot that I didn’t know u were posting.”(sic)

Fans were quick to join the couple in the comments section of David’s post to share their thoughts on the snap.

A fourth person commented: “@davidbeckham @victoriabeckham you are an amazing couple ! So fun between you both! Love it!”

Elsewhere, David previously addressed a disagreement he had with Victoria back in June due to his choice of outfit.

David was pictured standing in front of a field covered in yellow flowers with a stunning sunrise in the background.

The sportsman paired his vibrantly patterned knitwear with a green shirt and brown trousers.

David accessorised with a dapper hat and white trainers and could be seen clutching onto a cane as he posed for the camera.

The Manchester United legend explained that although his fashion designer other half wasn’t as keen on his outfit, he insisted “it’s a good look”.

David cheekily captioned the snap: “Gorgeous day @victoriabeckham not a massive fan of my cardi but personally I think it’s a good look.”