Dina Asher-Smith glows on the cover of Women's Health magazine

‘I’ve worked too hard for too long to have a pandemic ruin the next few years’: Olympic sprinter Dina Asher-Smith says she took on a psychologist to keep mentally strong as she dazzles in Women’s Health cover shoot

She is the fastest British woman in recorded history and has just won two 60m gold medals over the weekend in a perfect start to her Olympic season.

And Dina Asher-Smith looked every inch the champion as she glowed on the front cover of the March issue of Women’s Health magazine.

The track star, 25, opened up about coming out of her shell as a high-profile sportsperson and revealed how she stays mentally strong during the pandemic. 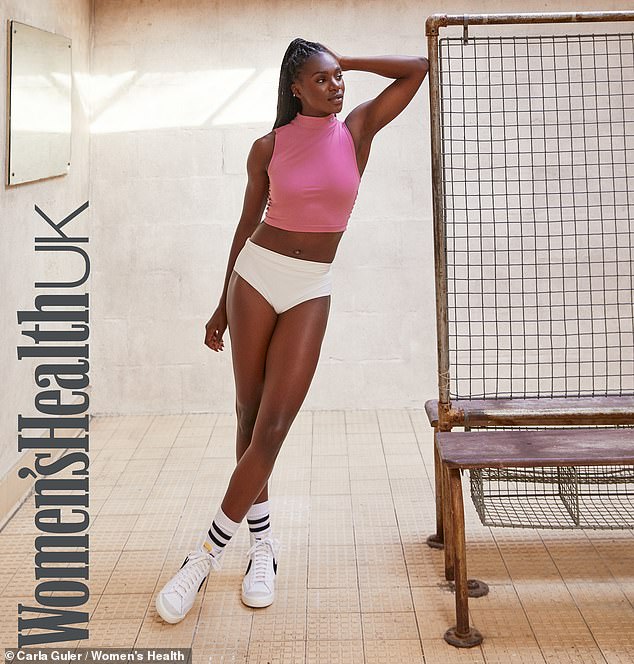 Legs for days: Olympian Dina Asher-Smith, 25, looked every inch the champion as she glowed on the front cover of the March issue of Women’s Health magazine

The sports star showed off her athletic figure in a range of gym gear for the cover shoot, as she posed in a deserted gym.

In the accompanying interview, she candidly opened up on why she’s been working with a psychologist during the pandemic to make to make sure she’s mentally prepared for future competitions.

Dina said: ‘When the pandemic hit, it was like, “Right, okay, let’s make sure my brain’s okay”.

‘The first thing I did was to get a psychologist [one who’s in-house at British Athletics] because I’ve worked too hard for too long to have something like a pandemic ruin the next few years for me.

‘We’ve got five years on the go, which in track and field we have never seen before. And the only way you can put your best foot forward is by being in the right frame of mind.’ 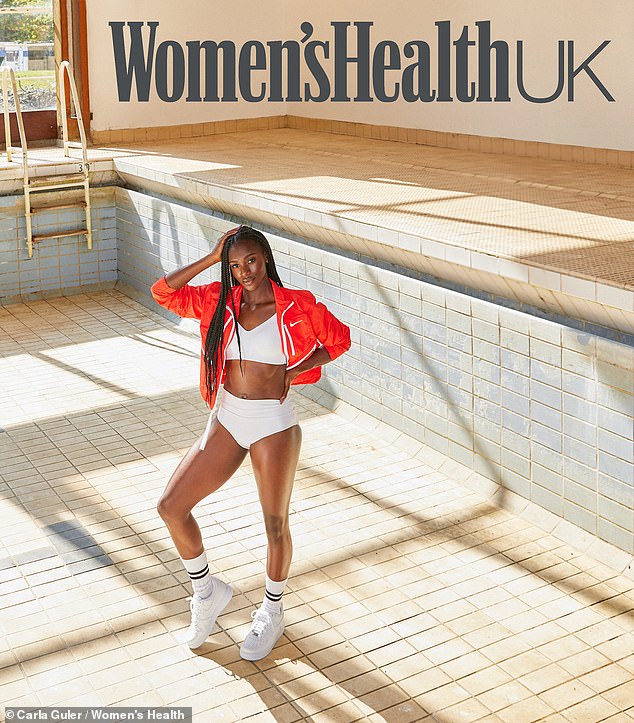 Pool with a view: The sprinter, 25, swapped the track for the pool as she posed in an empty swimming pool wearing a white crop top, hotpants and a red sports jacket

Dina, who is the 200m World Champion, looked relaxed in front of the camera as she leaned up against a railing in a changing room with her braids tied in a high ponytail.

The professional athlete wore white hotpants, paired with a high-neck pink crop top as she crossed her lengthy pins in a casual pose.

In another shot, the sprinter swapped the track for the pool as she posed in an empty swimming pool drenched in sunlight, wearing a white crop top, hotpants and a red sports jacket.

The athlete tried out her other skills for the shoot, posing in a multi-coloured striped swimsuit on a basketball court and slipping into a red all-in-one suit in the climbing gym. 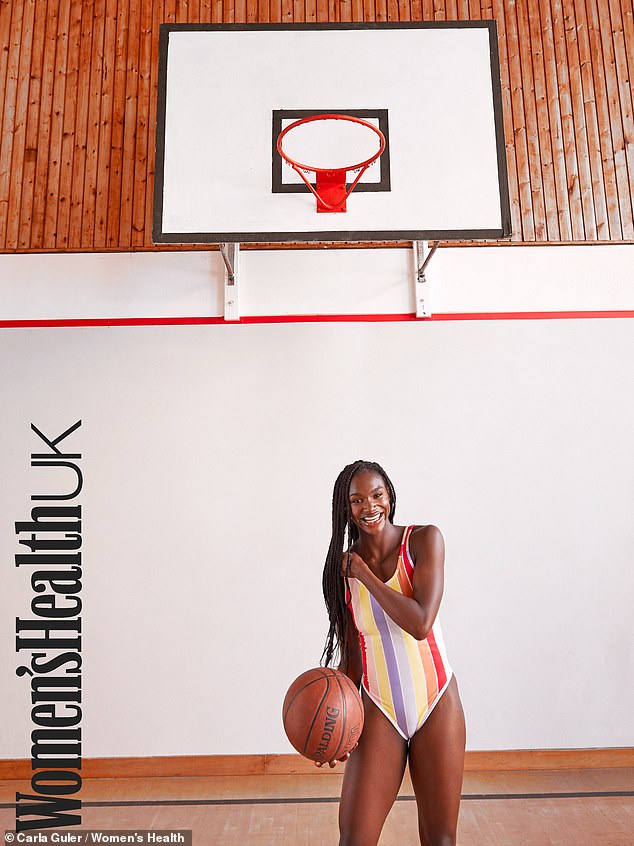 Winning smile: In another shot, the professional athlete slipped into a multi-coloured striped swimsuit on a basketball court 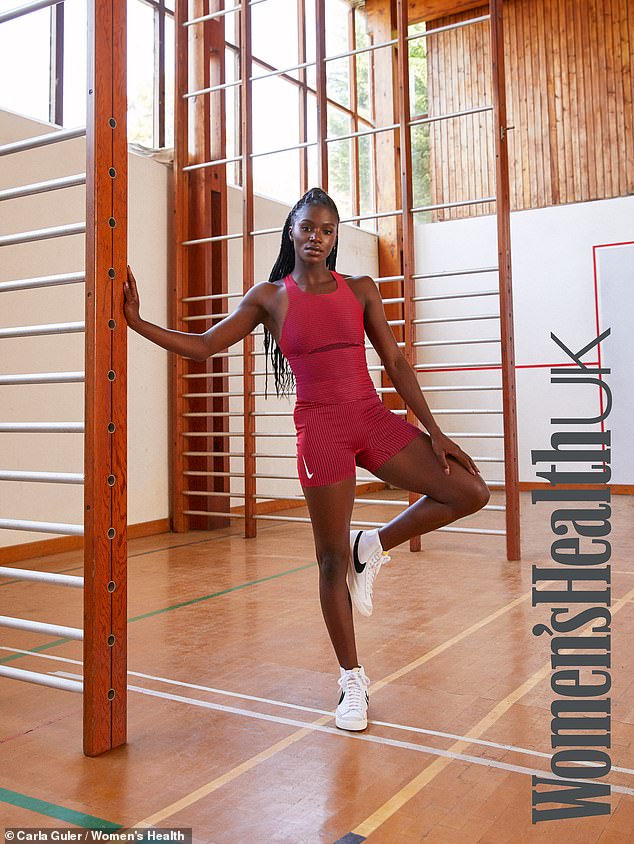 Top of her game: The sports star showed off her athletic figure in a range of gym gear for the cover shoot, as she posed in a deserted climbing gym in an a red all-in-one suit

On the magazine cover, the Olympian wore a blue Nike two-piece crop top and hotpants, which she teamed with white runners and tube socks.

The star also discussed how she was forced to overcome her shyness as a high-profile athlete or risk being perceived the wrong way.

‘Believe it or not, when I was at school I was quite shy,’ she said. ‘But, obviously, you realise that being shy, unfortunately, is incompatible with being a high-profile sportsperson.

‘Because people will take your shyness as either you’re trying to hide something, or you’re being mean, or being cold – and you just have to come out of your shell.’ 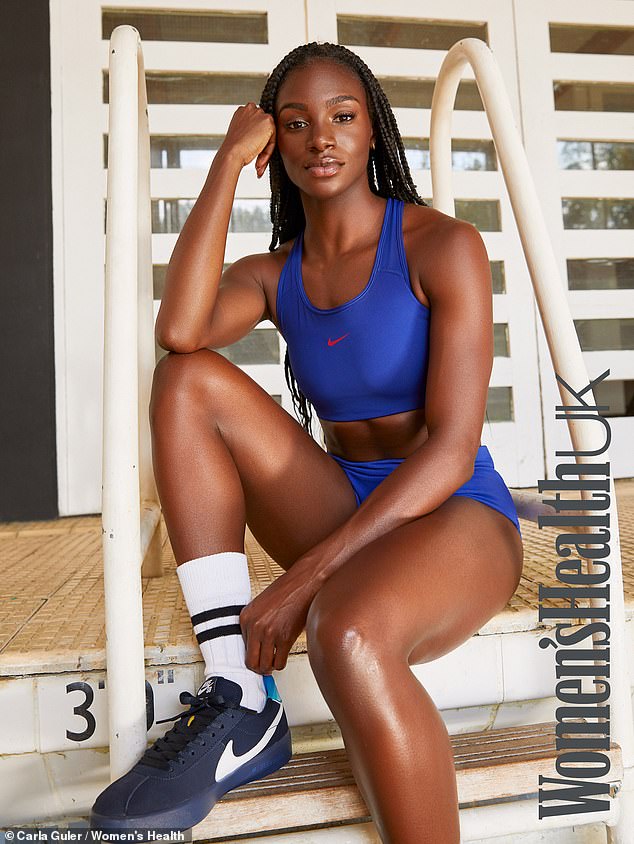 Fashion aspirations: The star opened up opened up about coming out of her shell as a high-profile sportsperson

Dina, who is one of the hot favourites to take an Olympic gold medal at the rescheduled Tokyo Olympics in 2021, said that teenage girls in sport need more ‘positive’ examples of career sportswomen.

She said in order to prevent girls from dropping out of sport in big numbers in their early teenage years, sport needs to be included in the ‘ideal of femininity’ and that playing sports is ‘not at odds with being a woman.’

‘There’s a big drop off of girls who do sport when they’re about 13 to 15 or around that age, and everybody seems to be confused as to why,’ she said.

‘To me, it’s perfectly clear: I think at that age, when people become more aware of their surroundings and people start to look for who they are; what it means to be a woman…sport isn’t in that picture.

‘They see the ideal of femininity projected to them and, as a young sportswoman, you look and think: so, am I opposite to that?’ 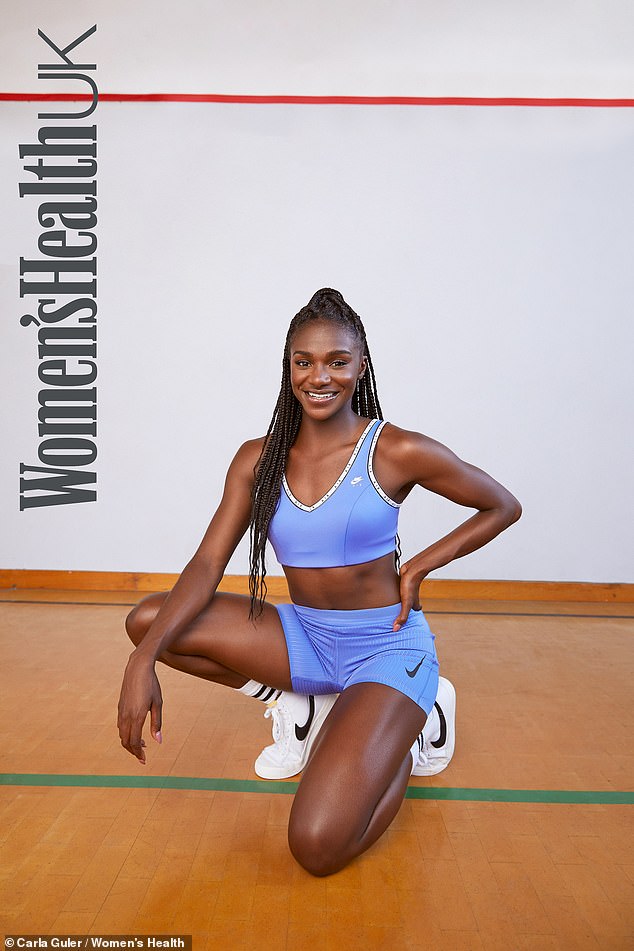 Role model: On the magazine cover, the Olympian wore a blue Nike two-piece crop top and hotpants, which she teamed with white runners and tube socks 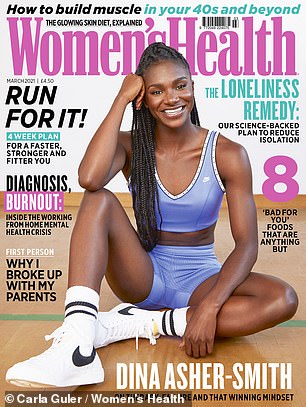 Out now: Dina’s full interview is available to read in the March issue of Women’s Health UK

‘You have to show that being a career sportswoman is viable, is celebrated, is positive.

‘When Serena and Venus were the only two Black women in tennis all that time ago, they were able to be pioneers. But now you’ve got Naomi Osaka, you’ve got Coco Gauff, Sloane Stephens, you’ve got so many [Black] girls because [the Venus sisters have] shown, yes, this is a sport that, like, [they can play at the highest level].’

Apart from her love of sport, Dina enthusiastically shared her love for the TV show, RuPaul’s Drag Race, and said it ‘encapsulates’ what she loves about fashion.

‘I’m a huge fan of RuPaul’s Drag Race,’ she said. ‘Drag encapsulates what I love about fashion, which, to me, is about fantasy and showing the world who you are through what you wear.

‘I love the way it celebrates self-confidence and self-expression. Being a guest judge would be my dream!’ 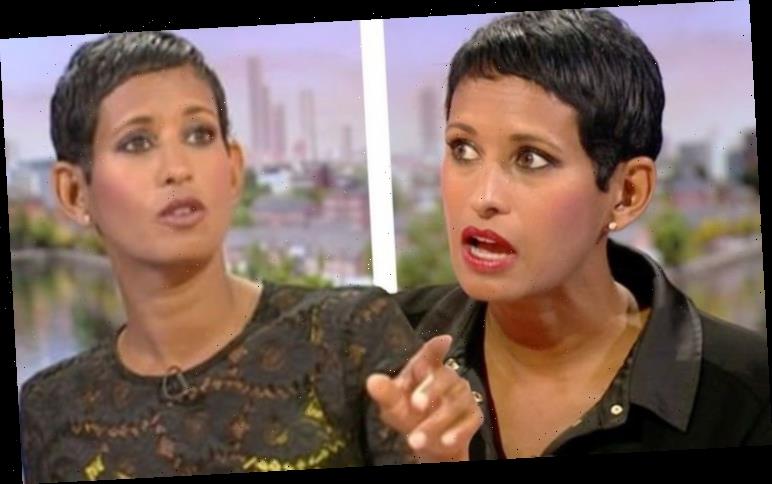 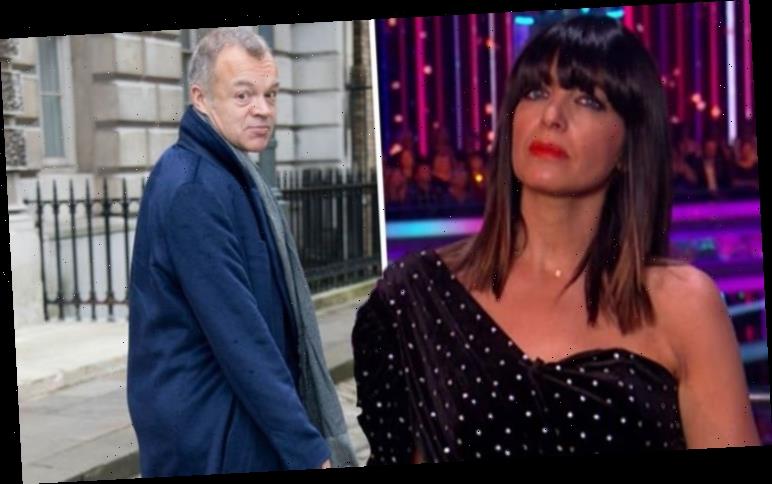