Yes, we’ve been through all this before.

And it all just goes away.

But this time there actually is an impeachment inquiry. And this yuge Ukraine scandal isn’t going away yet…

Maybe the best way to see how bad everything looks for Trump is to look no further than his Twitter account, which is starting to look way too much like Aaron Carter‘s. Geez, that may even be unfair to AC.

The President has posted about 58 tweets or retweets in the past 24 hours.

Here are some of the lowlights — with our own Perezziest responses, obviously:

Like every American, I deserve to meet my accuser especially when this accuser, the so-called “Whistleblower,” represented a perfect conversation with a foreign leader in a totally inaccurate and fraudulent way.

We all saw what he said, which was undeniably a foreign leader talking about government aid (which had been mysteriously held up), and the POTUS responding by asking for a favor — to reopen an investigation against his chief political rival.

Then Schiff made up what I actually said by lying to Congress…… His lies were made in perhaps the most blatant and sinister manner ever seen in the great Chamber. He wrote down and read terrible things, then said it was from the mouth of the President of the United States.

Adam Schiff was boiling it down — and was upfront about that fact. He literally said it was “in essence” what the president was saying on the call.

This is some wild spin.

I want Schiff questioned at the highest level for Fraud & Treason…..

Treason. For doing his job and interpreting your words. Wow.

….In addition, I want to meet not only my accuser, who presented SECOND & THIRD HAND INFORMATION, but also the person who illegally gave this information, which was largely incorrect, to the “Whistleblower.” Was this person SPYING on the U.S. President? Big Consequences!

OK, this “meet the accuser” thing? That’s not what that means. Mob bosses don’t get private parleys with state witnesses before the trial.

He sounds like Zack Morris trying to get out of detention.

These Radical Left, Do Nothing Democrats, are doing great harm to our Country. They are lying & cheating like never before in our Country’s history in order to destabilize the United States of America & it’s upcoming 2020 Election. They & the Fake News Media are Dangerous & Bad!

Everyone is dangerous and bad except you. Got it. *eye roll*

How many people do Trumpists have to be against these days? Democrats, the free press, the FBI, basically the entire US intelligence community, scientists, teenage mass shooting survivors, NATO and all of our allies…

“All that’s swirling around us now is Impeachment. We talk about it day and night, it’s what’s on the news, there is NOTHING that has turned up that is Impeachable. Our founding fathers set impeachment to be extremely rare. We need to get good stuff done. Let the people vote,….

….we are going to have an Election very shortly.” Rep. Jeff Van Drew, Democrat of New Jersey. @foxandfriends Thank you. Just another Witch Hunt by Nancy Pelosi and the Do Nothing Democrats!

How much cable news does this man watch??

“Nancy Pelosi and the Democrats can’t put down the Impeachment match. They know they couldn’t beat him in 2016 against Hillary Clinton, and they’re increasingly aware of the fact that they won’t win against him in 2020, and Impeachment is the only tool they have to get….

….rid of Donald J. Trump – And the Democrats don’t care if they burn down and destroy this nation in the process. I have never seen the Evangelical Christians more angry over any issue than this attempt to illegitimately remove this President from office, overturn the 2016….

Trump may sometimes use quotes around random words like his name, but this time he actually is quoting one of his supporters on TV.

He AND this Evangelical Christian leader are fear-mongering and worse. They’re saying people are angry, but what they’re really doing is telling people to get angry.

….Election, and negate the votes of millions of Evangelicals in the process. They know the only Impeachable offense that President Trump has committed was beating Hillary Clinton in 2016. That’s the unpardonable sin for which the Democrats will never forgive him…..

….If the Democrats are successful in removing the President from office (which they will never be), it will cause a Civil War like fracture in this Nation from which our Country will never heal.” Pastor Robert Jeffress,

Oh, nothing, just the President of the United States saying if he is removed by a legal, constitutional process, the result will be a second Civil War.

Then it was back to Schiff.

“Rep. Adam Schiff illegally made up a FAKE & terrible statement, pretended it to be mine as the most important part of my call to the Ukrainian President, and read it aloud to Congress and the American people. It bore NO relationship to what I said on the call. Arrest for Treason?”

Again, he for real is testing the waters on arresting a Congressman for something which isn’t even unethical, much less illegal.

Also, fun note: he is no longer using his Liddle’ nickname for Adam Schiff. We can’t help but wonder if he thinks people will forever associate it with Friday’s tweet showing what a complete moron our president is…

And back to the whistleblower…

He is just all caps SCREAMING now. He is not in a good place.

We’re grateful for actual progress in the ongoing investigation into crimes and corruption, but is anyone else worried about an unhinged guy like this with his finger on the button?

Maybe men are too emotional for this job…

Oh, one last one:

This man is losing it. 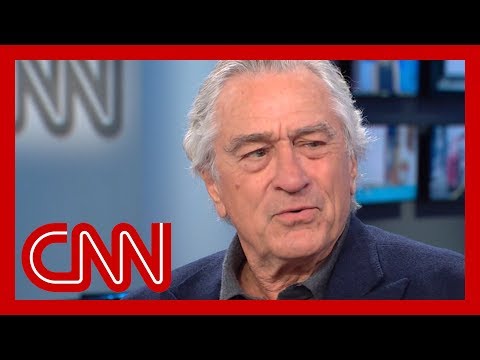 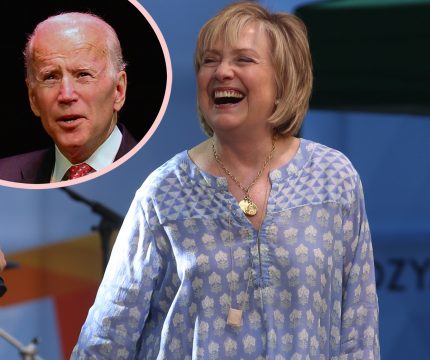 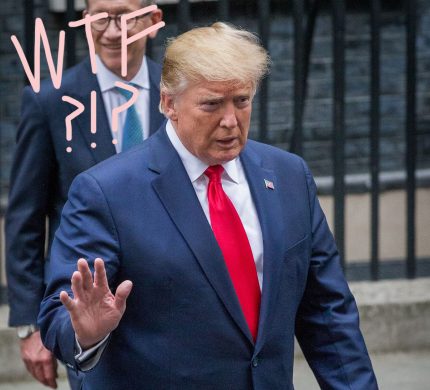