EDEN CONFIDENTIAL: Georgia Toffolo will pay £250,000 a year in rent

Who knew I’m A Celebrity winner Georgia Toffolo was so rich?

The former Made In Chelsea star is looking for a London home to rent and says she’s prepared to pay a staggering £250,000 per year.

That would buy a house in many parts of the country. She even makes clear that she’d pay the money up front. 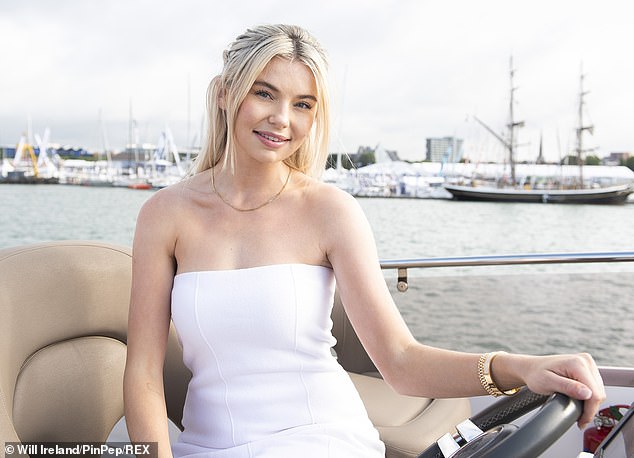 Georgia Toffolo (pictured), a former Made In Chelsea star, is looking for a London home to rent and says she’s prepared to pay a staggering £250,000 per year

Since June, the 26-year-old has been living in a four-star hotel where rooms start at £250 per night.

She wants to rent while she has a dream home built in an unnamed location.

Although she’d prefer Chelsea, the friend of Jacob Rees-Mogg would consider Westminster.

She wants a three-bedroom home even though she’s said to have split up with financier ‘Posh George’ Cottrell, who was once jailed for fraud.

Cottrell, 27, is a former aide to Nigel Farage and allegedly worth £300 million. 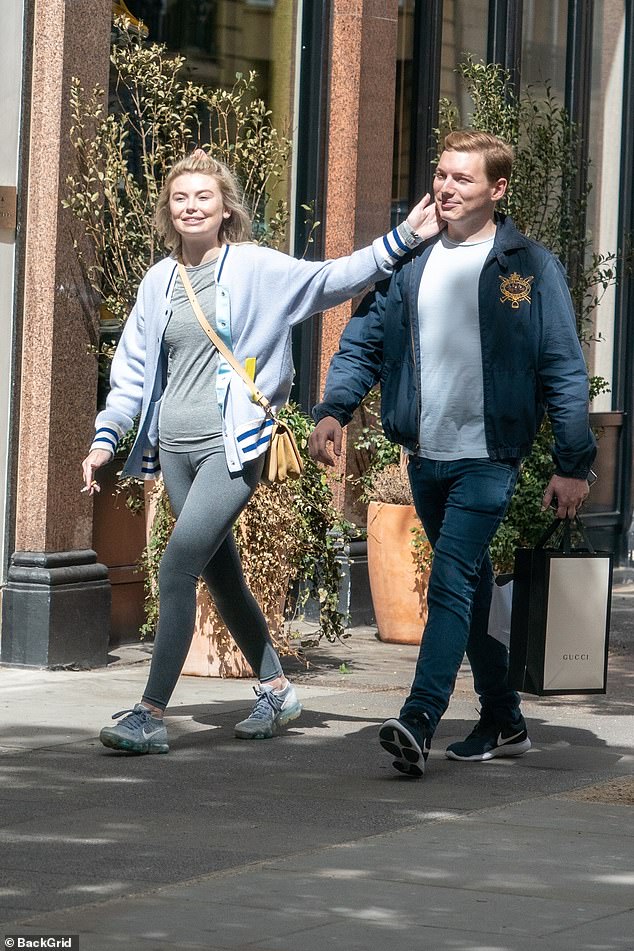 She wants a three-bedroom home even though she’s said to have split up with financier ‘Posh George’ Cottrell, who was once jailed for fraud

He was once the enfant terrible of the restaurant world, but now Marco Pierre White will be fondly known as ‘grandpa’.

I hear that the 59-year-old television chef’s elder daughter, Letitia, has given birth to twins. ‘They’re called Rafe and Rocco,’ a friend tells me.

Letitia, 31, is White’s girl from his first marriage, to surgeon’s daughter Alex McArthur, which ended in 1990 after two years.

He then got engaged to model Lisa Butcher within three weeks of meeting her and they married in 1992.

After they split, he married fiery Spanish bar manager Mati Conejero, with whom he has two sons, Marco, 26, and Luciano, 27, and a daughter Mirabelle, 19.

Once feared for his temper in the kitchen, even reducing Gordon Ramsay to tears, White seems to have softened since having children.

This week, his younger daughter, Mirabelle, shared a sweet snap of the pair cuddling up at the circus, gushing; ‘You’re just as magical as the circus, Paps.’

Having won a total of 16 Paralympic medals, including 11 golds, during her illustrious career, Tanni Grey-Thompson could fill a trophy cabinet.

In fact, she hides them away in the least likely of places. ‘In a rucksack behind my washing machine,’ Baroness Grey-Thompson tells me at the Sport Industry Awards in London’s Battersea.

‘If you come to my house, there is nothing really out that would show that I was an athlete.’

Lady Tatiana Mountbatten shares the Queen’s love of horses but admits her equine passion can leave her boyfriend down in the mouth. 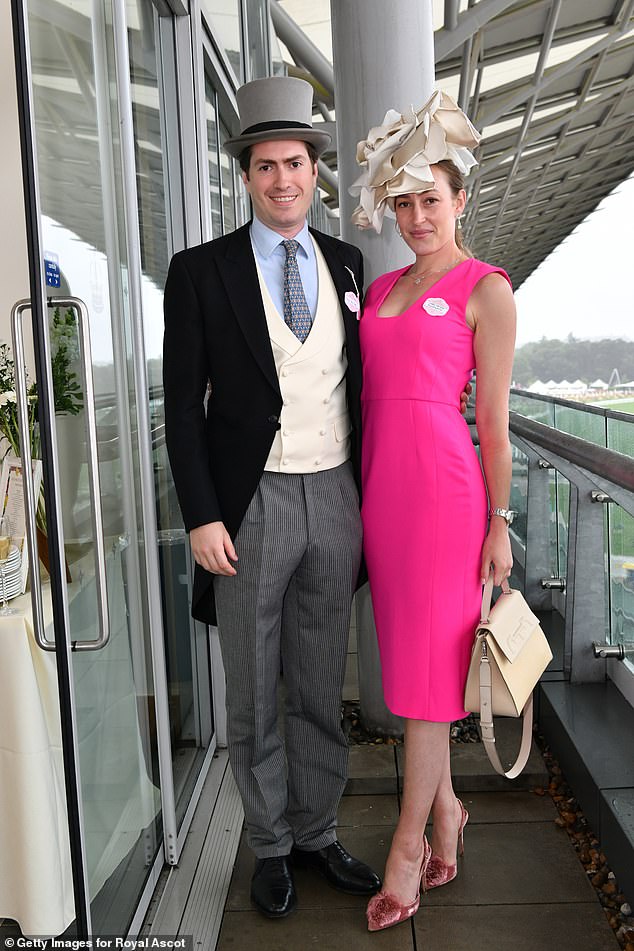 Lady Tatiana, 31, is going out with Old Etonian banker Alick Dru (both pictured) and he obviously doesn’t mind horses because he accompanied her to Royal Ascot

‘Horses take over your whole life,’ she tells me at a Gentleman’s Journal party at the Cadogan Arms in Chelsea, adding: ‘My boyfriend sometimes asks me, ‘Will I ever come before your horses’ — but I have to say no.’

Lady Tatiana, 31 — whose father, the Marquess of Milford Haven, is the Queen’s cousin — is going out with Old Etonian banker Alick Dru, and he obviously doesn’t mind horses because he accompanied her to Royal Ascot.

As Prince Philip once joked of his daughter, Princess Anne: ‘If it doesn’t fart or eat hay, she isn’t interested.’

One is a cerebral Newsnight presenter, the other is an Eighties pop star best known for her long romance with Simon Cowell.

But Kirsty Wark and Sinitta have formed an unlikely close friendship, I hear. 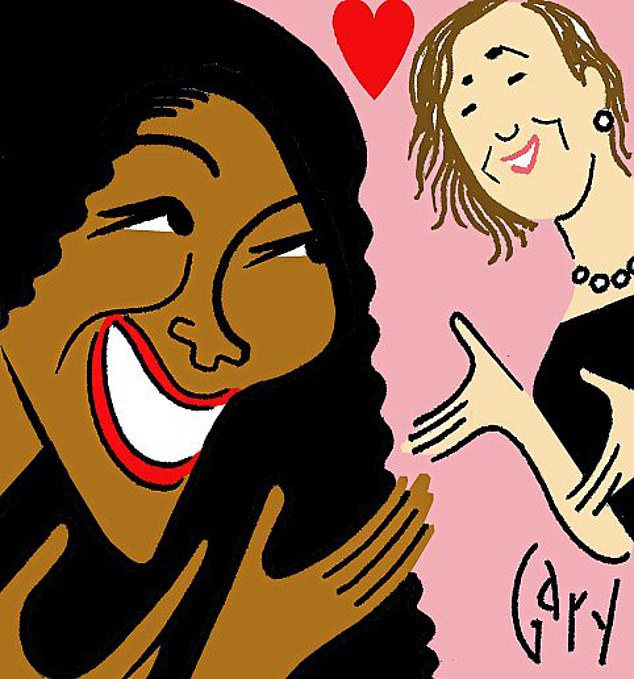 ‘We became really good friends over our shared love of fashion,’ Sinitta tells me.

‘I know a lot of people think, ‘Wow, that’s a very unusual friendship’, but Kirsty is not perhaps as serious as people think she is and I’m not as crazy…’

Employment problems seem to be sprouting up for Prince Charles.

Not only has his closest aide, Michael Fawcett, stepped down temporarily as boss of his charity empire while he’s investigated over ‘cash for favours’ claims, but Charles is still searching for a head gardener at his beloved Highgrove country home, 18 months after the talented Debs Goodenough left.

A job advert has been posted on the Prince’s Foundation website, seeking candidates with ‘exceptional skills and experience’.