Emma Watson’s outfit is green in more ways than one.

The actress and activist, 31, sported a midriff-baring skirt and shirt set while attending the Climate Reality event hosted by Al Gore in Edinburgh on Tuesday.

Her custom Emilia Wickstead outfit fit with the eco-friendly theme, as she wrote on Instagram that the bra-baring look was “handmade in London using leftover fabrics consisting of 62% recycled yarn that was locally sourced, woven, and printed in Italy.” 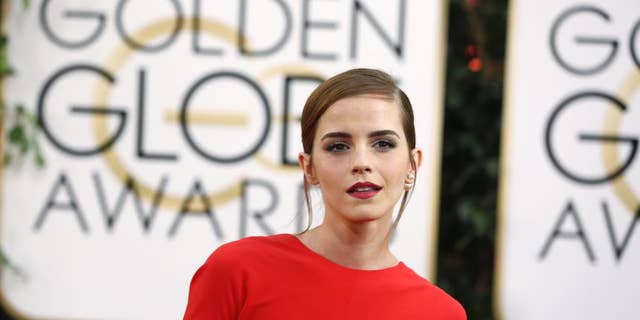 Watson’s most famous role might be that of Hermione Granger in the "Harry Potter" film adaptation, but the English actress has also displayed strong turns in "The Bling Ring" and "The Perks of Being a Wallflower."
(Reuters)

The patterned two-piece set featured a mid-length skirt and a super short crop top, which exposed part of her Wickstead-designed black bra.

“I will be wearing this a lot!!” she added of the eco-conscious ensemble, which she accessorized with gold Epona Valley bird hairclips ($98).

While the outfit was certainly climate conscious, many fans questioned whether the skin-baring style was out of place for the event.

“Love that the dress is made of leftover fabric but personally would have chosen something to cover bra for meeting Al Gore,” one commented, while others questioned whether the look was “professionally appropriate,” writing, “She went to meet Al Gore in a bra?”

Many compared the printed pieces to the clothes made of curtains in “The Sound of Music,” with one dubbing the look “von Trapp core,” while several tagged Julie Andrews in Watson’s comment section.

Another joked, “Brigitte apparently got her hands on some crop top scissors? Edelweiss, edelweiss, every morning you…don’t greet me because of climate change?”

Other fans were loving the look and it’s sustainable message, with one writing, “Honestly thank you for using your platform to promote handmade, local and eco friendly clothing.”

Watson also shared a snap of herself interviewing Gore, who she said is “one of [her] idols.”

“I think one of the many reasons I find Al Gore so compelling is that – even though he lost one of the biggest fights of his life to become president in 2000… he has continued to do the work he set out to do despite humiliation, loss and defeat,” she wrote in part, adding, “That to me is a hero.”

It’s not her first time stepping out in a sustainable style as of late, as the Climate Reality event came shortly after she appeared at the Earthshot Prize Awards, making her first red carpet appearance since 2019. Her white, backless Harris Reed gown for the event was made of upcycled wedding dresses.