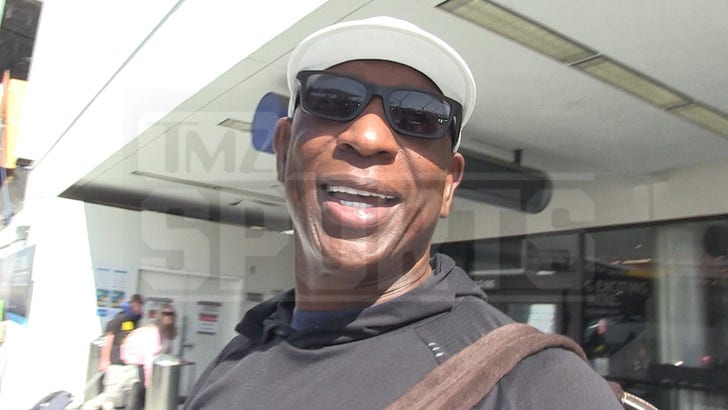 Eric Dickerson is fully expecting the G.O.A.T. to be in the same class as the former Cowboys superstars when he transitions to the booth after his football career ends … telling TMZ Sports he thinks TB12 will be “great” as an analyst just like Aikman and Romo.

Dickerson explained why to us at LAX on Tuesday … saying because of Brady’s brain, he’s expecting a Romo-like transition to TV for the Buccaneers star once he hangs up the spikes.

Dickerson would know a thing or two about what awaits Brady — he famously transitioned from Hall of Fame player to “Monday Night Football” sideline reporter back in 2000 and 2001.

And, he truly thinks Brady has what it takes to succeed in a similar role.

“Being a great quarterback doesn’t mean you’ll be a great commentator,” Dickerson said, “but I think Tom will do a great job.”

Fox Sports is certainly hoping E.D. is right — because, according to the New York Post, the company gave Brady a whopping 10-year, $375 MILLION contract to enter the color commentator role after his time in Tampa ends.

No word on when that’ll be — Tom tweeted Tuesday he has “a lot of unfinished business on the field” still … but if you’re listening to Dickerson, it sounds like ya better prepare for a bunch more years of Brady dominating his profession either way.