"Euphoria" star Lukas Gage is going viral after sharing a video showing a director criticizing his apartment over Zoom.

Gage, 25, posted the awkward encounter to his social media accounts on Friday, which shows him standing in front of his camera, his apartment visible in the background.

As he's about to perform a scene, a male director is heard telling someone else on the video call, "These poor people live in these tiny apartments, like, I'm looking at his, you know, background and he's got his TV."

SIA ADDRESSES BACKLASH TO NEW FILM'S PORTRAYAL OF AUTISM: 'I BELIEVE THIS MOVIE IS BEAUTIFUL' 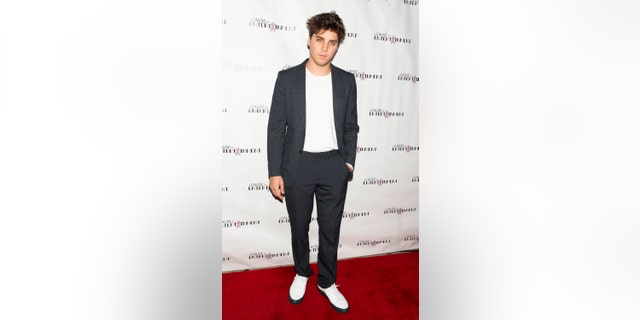 When the director — whose identity is unknown — realized his mistake, he told Gage: "Oh my God, I'm so, so sorry."

"Listen, I'm living in a four-by-four box. Just give me the job and we'll be fine," Gage calmly replied.

The director went on to admit he was "mortified."

Gage posted the video to his Twitter and Instagram accounts, writing, "psa: If youre a s–t talking director make sure to mute ur mic on zoom," Gage captioned his posts on Instagram and Twitter.

The post garnered hundreds of reactions from fans, as well as a bevy of Hollywood actors who were in disbelief.

Among the stars to react were Patrick Schwarzenegger, Lucy Hale and Wilmer Valderrama, who all applauded the actor for his classy response.

"I dunno how u reacted so well lol," Arnold Schwarzenegger's son said.

"You're a class act. Onward, this director officially has an expiration date," Valderrama wrote on Instagram.

Filmmaker Charlie McDowell tweeted in response, "I can only imagine how bad this director's movies are."

Robin Williams' daughter, Zelda Williams, also took to Twitter to defend Gage. She called him a "graceful, quick-thinking sweetheart," and said he is a "delight to work with, funny, talented and a blast on set."

Gage never mentioned the director by name, nor did he specify what role he was auditioning for. However, "Shameless" alum Emmy Rossum was left irate after watching Gage's video and said she believes she knows the director's identity.

"I think I know that voice. If it's who I'm thinking, he asked me to 'audition' for him once," Rossum wrote on Instagram in Gage's comments. "But not to read a scene. He said he knew I could act. Just to come into his office in a bikini and do a twirl. No joke. THAT was the ask. My reps said he wanted to know if I was 'fat right now.' I believe I told my agent, 'Tell him no thank you and to go f— himself."