Everything You Need To Know About Marielle Greguski, The Body-Positive TikTok Fashion Influencer 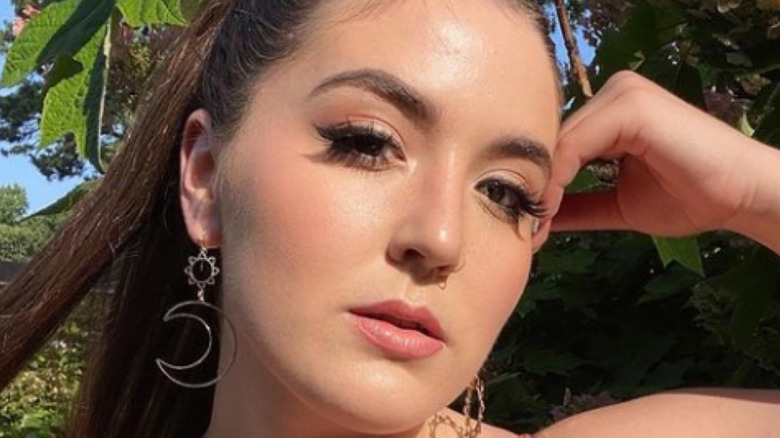 One quick scroll through Marielle Greguski’s TikTok will show you three obvious facts about the body positive influencer: She has amazing style, tons of confidence, and a totally relatable sense of humor.

If you’ve ever taken a look at Greguski’s videos, you’ll recognize her signature greeting — a quick and sweet, “Hi, my little chickens.” With over 300,000 followers on the social media platform, the social media star has garnered quite a bit of reach for herself. Having only begun posting on her TikTok account in April of 2020, Greguski has quickly reached a point of relevance within the social media community.

She posts tons of content on her page, often pairing positive thoughts and advice alongside an “outfit of the day” video. In her most recent video, Greguski talks about getting over breakups while tying a white blouse at the waist over a gorgeous blue silk slip dress. An older post includes advice about how to deal with hurtful comments from family while she showcases a plaid tiered sundress and ultra-trendy accessories. She has a fun, laid-back, real-girl vibe that delivers something different than the ultra-thin, ultra-perfect influencers you might be used to seeing on your social media feeds.

TikTok isn't all Marielle Greguski does 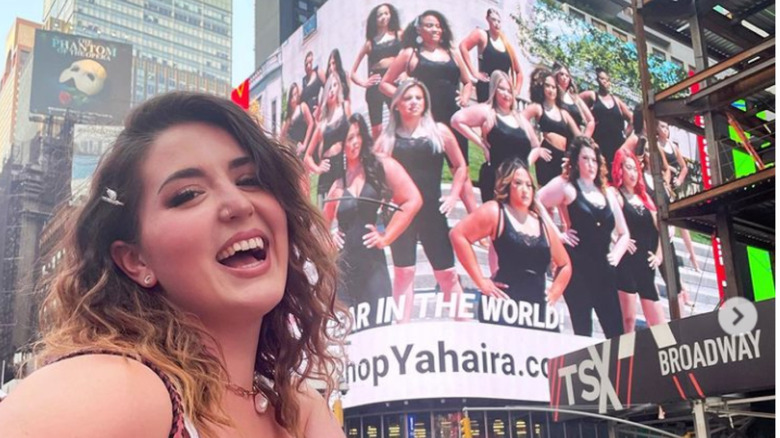 Using her platform to inspire others to celebrate the body that they have as well as who they are, Marielle Greguski states in her Instagram bio that she’s a “body-positive baddie” and that she identifies as bisexual. She posts positive sentiments on her page about celebrating Pride and embracing queerness, aiming to inspire fans and followers to take pride in who they are. As always, she pairs each inspiring post with an outfit that absolutely slays.

In addition to being super active as a body-positive lifestyle and fashion influencer, Greguski is actively working as a plus-size model in New York City, according to her Instagram. With a major campaign for Yahaira under belt that included an appearance on a billboard in Times Square, Greguski is quickly finding success as both an influencer and a model. Prior to her fashion career, Greguski graced stages as a theatre performer.

In 2013, the TikTokker received an associate degree in theatre from Wagner College in Staten Island, New York (via Harri), and remained active as a performer for some time. She recently, however, posted on Instagram saying she has distanced herself from the theatre community in the last year. She notes that leaving the community has allowed her to feel more at peace with her body. 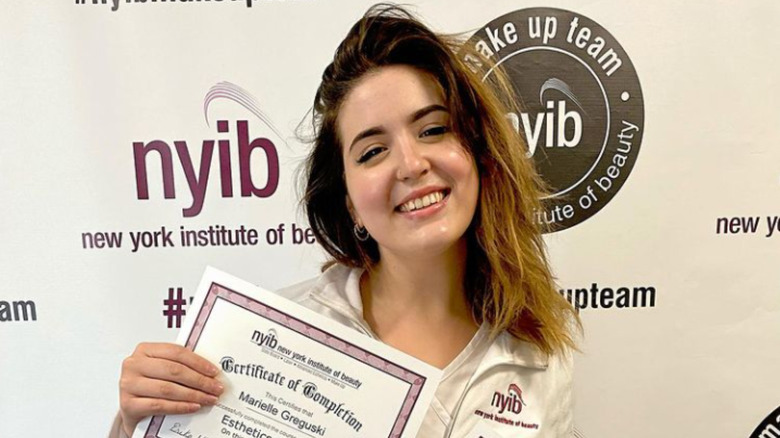 Most recently, Marielle Greguski fulfilled a longtime dream of hers. On June 21, the influencer announced to her thousands of followers on Instagram that she had completed her schooling for esthetics and microdermabrasion, adding yet another area of expertise to her already staggering resume. Fans and friends were quick to extend congratulations to Greguski through tons of positive comments. Given how glowy her skin tends to be in most of her videos, she’ll likely succeed in this avenue as well.

Between unique and eye-catching daily outfits, blunt advice, and strong opinions that she never hesitates to share, Greguski has carved out the perfect niche for herself in the world of social media, fashion, and beauty. She maintains a unique voice and presence on social media while continuously finding new opportunities for herself. Her following continues to rapidly grow, so be sure to follow this body-positive beauty to see what comes next for her.