The youngest Kardashian-Jenner sibling has become the most popular sister. Fans can’t get enough of Kylie Jenner these days and want to know all about her from what her beauty routine is to what she eats and drinks on a daily basis.

The beauty mogul has shared a lot of that with her followers via social media and fans found what she drinks every day pretty odd. Read on to find out what Jenner’s favorite beverage is and how much of it she consumes each day. 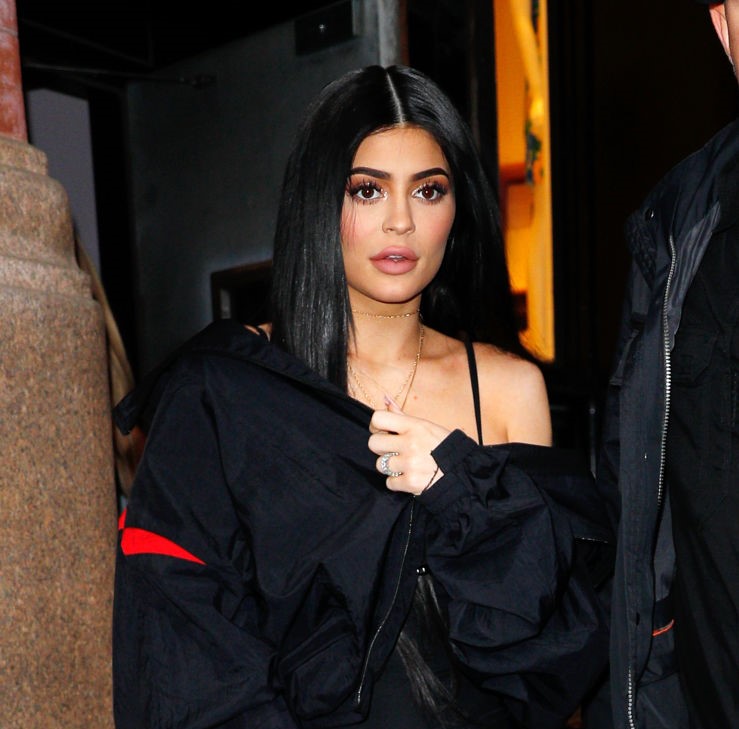 Jenner recently revealed what her daily diet consists of.

She told Harper’s Bazaar that her go-to snacks are Lay’s Barbecue Chips, Chili Cheese Fritos, and Extra Cheesy Goldfish crackers. She mixes up what she eats for lunch and dinner but some dishes she loves include lemon chicken and a lot of sushi.

“For sure, I probably eat sushi way too much,” she said.

When it comes to the most important meal of the day the reality star cooks up eggs and turkey bacon.

Jenner drinks two mason jars of this a day

Jenner also shared that every morning she drinks celery juice which has essential minerals and vitamins such as folate, potassium, vitamin B6, vitamin K, and vitamin C. But there is another beverage she sips on all day long that many fans thought was a strange choice.

The Kylie Cosmetics founder stated that she drinks bone broth and jazzes it up with a few ingredients.

“It’s mixed with lavender and lemon,” she explained adding the she “[sips] on bone broth all day” and goes through two large jars of it every day.

Fans are confused and want to know more

Many of Jenner’s fans were surprised by her beverage of choice and couldn’t imagine drinking it themselves.

“Kylie Jenner apparently drinks bone broth like it’s water I wanna try it but I’m so scared it seems so gross,” one person tweeted.

Another Twitter user who did try it wondered how the beauty mogul could drink so much of it writing, “I bought bone broth and I [was] excited to nourish my body and it’s disgusting and smells like seaweed. Kylie Jenner drinks this?”

“Losing my mind at the concept of Kylie Jenner drinking over 5L of bone broth daily,” a third person said.

“Kylie Jenner revealed everything she eats in a day & holy cow, That’s A LOT of bone broth. Bone broth that sounds nasty,” another fan commented.

Others were curious about what drinking the broth actually does for you so Jenner took to her Instagram stories and shared a post noting several health benefits.

According to the post, “[Broth] protects the body’s joints and maintains healthy skin as the body ages. It restores your gut’s lining, fights against food sensitivities and supports the growth of probiotics. Boots your immune system and aids healthy inflammation response. It helps the body expel waste more effectively and stimulates cell and liver detoxification.”

RELATED: Kylie Jenner Has an Unusual Ramen Recipe You Can Try at Home