Oscar-winning actor Geoffrey Rush has denied allegations of lewd and inappropriate behaviour levelled against him by Orange Is The New Black star Yael Stone, as The New York Times publishes an explosive report detailing the allegations and the national broadcaster prepares to air an interview with the Australian actress.

In an interview with the US newspaper,  published on its website on Sunday evening local time, Stone alleges Rush danced "totally naked" in front of her in their dressing room in a “playful, clownish manner” and used a mirror to watch her while she showered during the Belvoir St Theatre's  2010-11 season of The Diary of A Madman in Sydney. 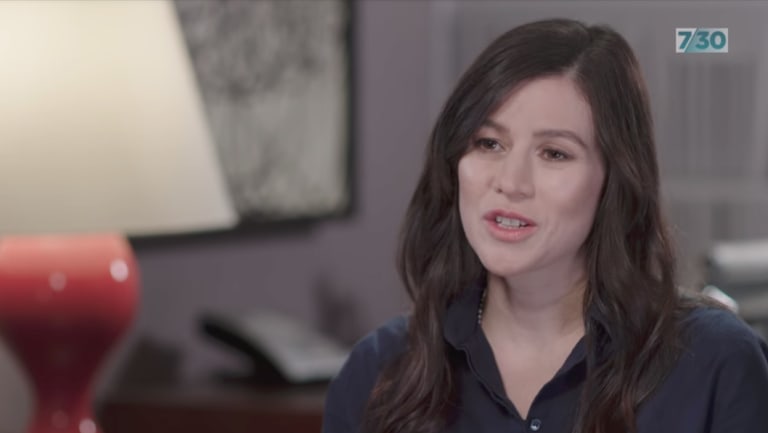 "I believe that it was meant with a playful intention, but the effect was that I felt there was nowhere for me to feel safe and unobserved," Stone said of the shower allegation.

Stone, a graduate of the National Institute of Dramatic Art who shot to fame playing New Jersey inmate Lorna Morello in the Netflix series Orange Is the New Black, told the New York Times she was "flattered" at the time that Rush would spend his time "texting me into the very early hours of the morning".

"Gradually the text messages became more sexual in nature, but always encased in this very highfalutin intellectual language," she told the newspaper.

“I’m embarrassed by the ways I participated. I certainly wouldn’t engage as the person I am now in the way I did when I was 25.”

Of the shower allegation, Stone told the NYT that on one occasion after a performance of Diary of a Madman, she looked up in the shower in the dressing room and saw “there was a small shaving mirror over the top of the partition between the [two] showers and he was using it to look down at my naked body".

“I said some words to the effect of, ‘Bugger off, Geoffrey.’ I was walking a very delicate line where I needed to manage these uncomfortable moments but never, never offend him," she told the newspaper.

“There was no part of my brain considering speaking to anyone in any official capacity. This was a huge star,” she said. “What were they going to do? Fire Geoffrey and keep me?” 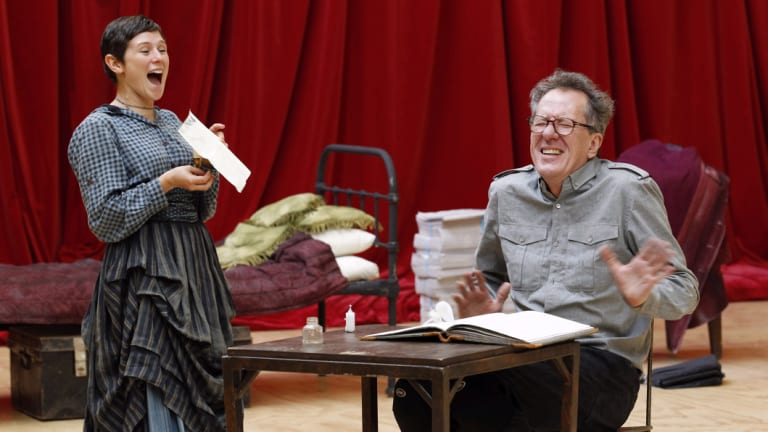 Yael Stone with Geoffrey Rush during rehearsals in 2010 for Diary of a Madman.Credit:Jeff Busby

The ABC's flagship current affairs program, 7.30, will broadcast an interview with Stone on Monday night.

“Geoffrey was working within the boundaries of what he felt was playful. The fact of the matter is, the behaviour was very inappropriate at times and did make me feel uncomfortable and compromised," told the program's anchor, Leigh Sales, in an interview in New York.

“Whenever women particularly speak about issues like this their career generally suffers. I’ve factored that into my calculations and if that happens, I think it’s worth it," she said.

“I have a very young baby girl and I want to say to her one day it was hard, but I did it anyway.” 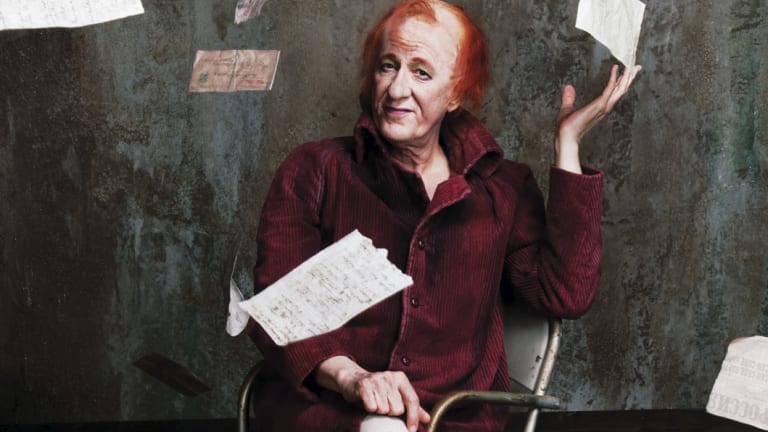 Geoffrey Rush in character for Diary of a Madman. Credit:Michael Corridore

In a statement to the NYT, Rush said "the allegations of inappropriate behaviour made by Yael Stone are incorrect and in some instances have been taken completely out of context".

"However, clearly Yael has been upset on occasion by the spirited enthusiasm I generally bring to my work," he said.

"I sincerely and deeply regret if I have caused her any distress. This, most certainly, has never been my intention. When we performed in The Diary Of A Madman eight years ago, I believe we engaged in a journey as artistic comrades."

Rush said that over the years the pair had "shared correspondence that always contained a mutual respect and admiration". 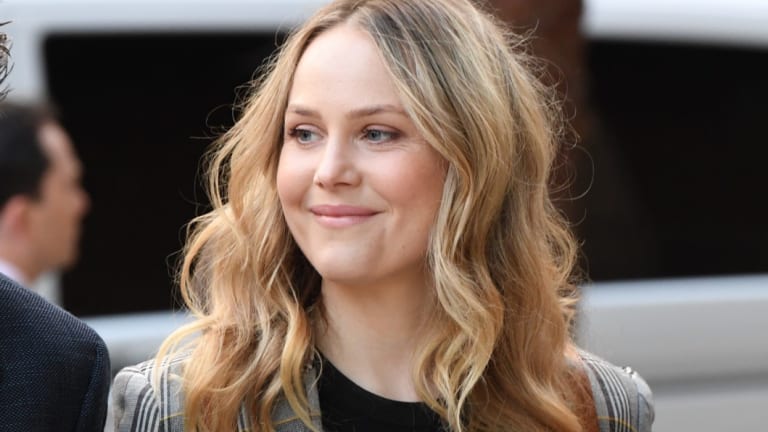 Eryn Jean Norvill outside the Federal Court in Sydney in October. Credit:Peter Rae

Federal Court Justice Michael Wigney has reserved his decision in the case and is expected to deliver his judgment early in the new year.

Text messages between Rush and Norvill were tendered during the defamation case, including a lengthy text in June 2016, after King Lear had ended, in which Rush told Norvill he was "thinking of you (as I do more than is socially appropriate)" accompanied by an emoji with its tongue hanging out.

During cross-examination by the Telegraph's barrister, Rush denied the sentence implied he thought about Norvill "habitually" and said it was a "joke … in the style of Groucho Marx" intended to reassure her that he hadn't forgotten about her after missing her in the opening night of another play.

Rush said he would have used an emoji of Groucho Marx or the Muppets' Fozzie Bear if they had been available.

Norvill denied nicknames she gave Rush in text messages sent before King Lear in 2014, including "Galapagos Lusty Thrust" and "Jersey Cream Filled Puff", suggested she was sexually interested in Rush. They were "intellectually flirtatious" and part of an ongoing word game, she said.

In excerpts of the 7.30 interview, released ahead of its broadcast on Monday night, Stone tells Sales: "I immediately put myself at the bottom of the ladder. I didn't advocate for myself."

She said she was "just there to serve [Rush]…I was always treading that line of trying to protect myself, not quite knowing how, and never, never wanting to offend him".