‘These losses are abysmal’: Gwyneth Paltrow ‘won’t be reopening’ her London Goop store after UK branch of her business ‘showed losses of £1.09million in wake of pandemic’

New Goop Inc Ltd paperwork ‘showed losses of £1.09million’ with Goop suffering in the wake of the pandemic.

The A-lister, 48, opened Goop’s London branch in Notting Hill in 2018, however the shop was shuttered in October. 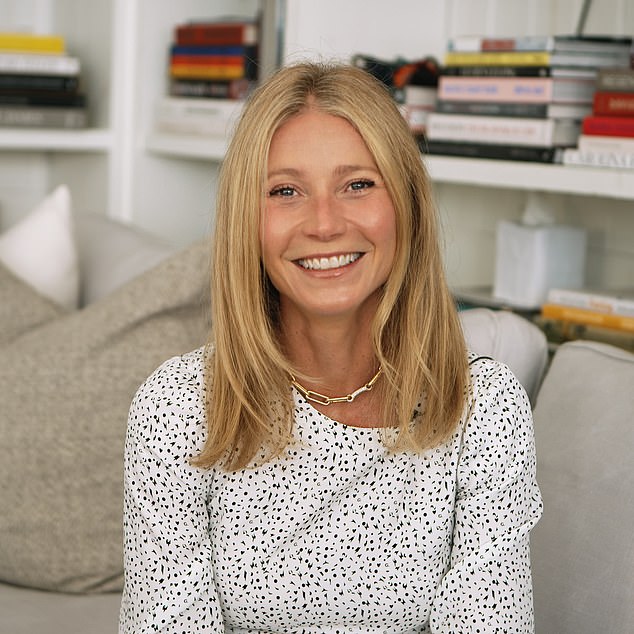 An insider told The Sun: ‘These losses are abysmal. The pandemic didn’t help and now Gwyneth won’t be reopening the store.’

They added: ‘In new paperwork Goop Inc Ltd, which handles the business in the UK, showed losses of £1.09million.’

Gwyneth founded Goop – which now has an estimated net worth of £191million – in 2008 and while her company is now primarily based in the US, at the time the Oscar-winner was married to Coldplay’s Chris Martin, so was operating her multi-million dollar company from the UK.

Gwyneth launched Goop as a weekly newsletter offering fans her lifestyle recommendations including her favourite recipes, products, and health and fitness tips. 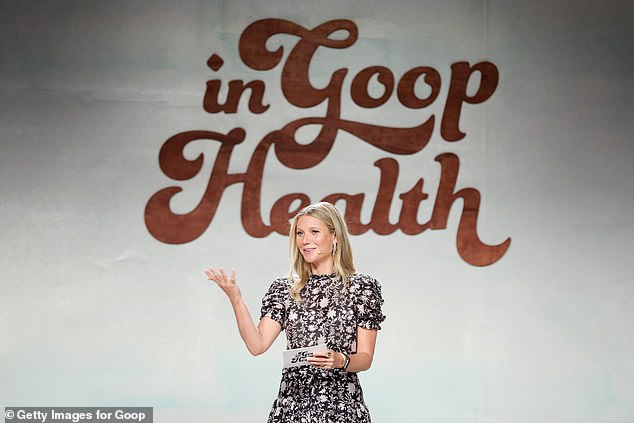 Losses: New Goop Inc Ltd paperwork ‘showed losses of £1.09million’ with Goop suffering in the wake of the pandemic 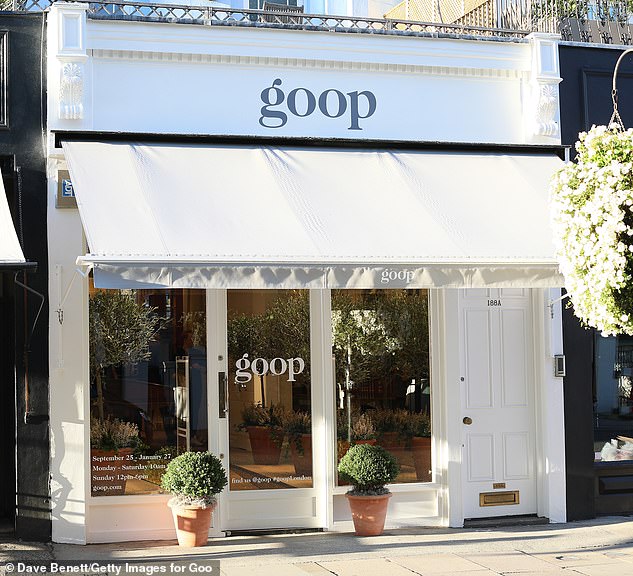 Now shuttered: The A-lister opened Goop’s London branch in Notting Hill in 2018, however the shop was shuttered in October

Goop opened its first permanent store in LA in 2018.

The news of the company’s losses follow reports Goop is being sued for more than $5 million in damages by a Texas man who claims that the actress’s infamous $75 This Smells Like My Vagina candle ‘exploded’ in his home just hours after he lit it for the first time.

Colby Watson filed a class action lawsuit against Gwyneth’s wellness-focused brand in California earlier in May, alleging that his candle – which he purchased from the Goop website in January – suddenly became ‘engulfed in high flames’, before ‘exploding’ and leaving his room ‘filled with smoke’.

In the legal documents seen by DailyMail.com Mr Watson adds that the nightstand on which he had placed the candle was left with a ‘black burn ring’, while the jar itself ‘is now charred and black’. 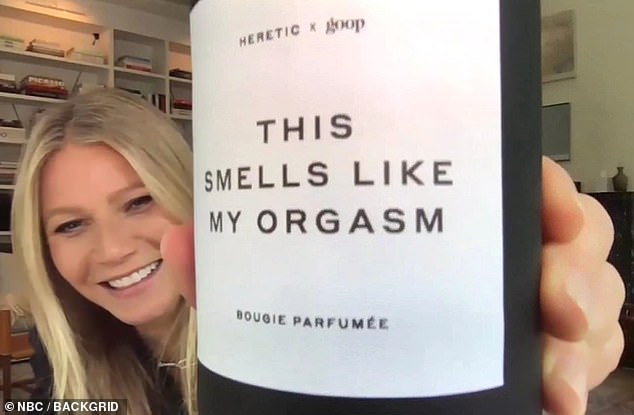 Not good: The news of the company’s losses follow reports Goop is being sued for more than $5 million in damages by a Texas man

He insists that the candle was placed on a level surface while it was burning, and that there were ‘no objects or loose materials above or in close proximity to it’.

Mr Watson does note in his lawsuit that the candle comes with a warning that it should not be burned ‘for more than two hours at a time’ – and admits that his was lit for ‘an estimated three hours or less’ when it allegedly ‘exploded’.

However, the plaintiff and his legal team insist that this warning is inadequate because it ‘fails to address the known danger’ of what happens to the candles if they are allowed to stay lit for longer periods of time. 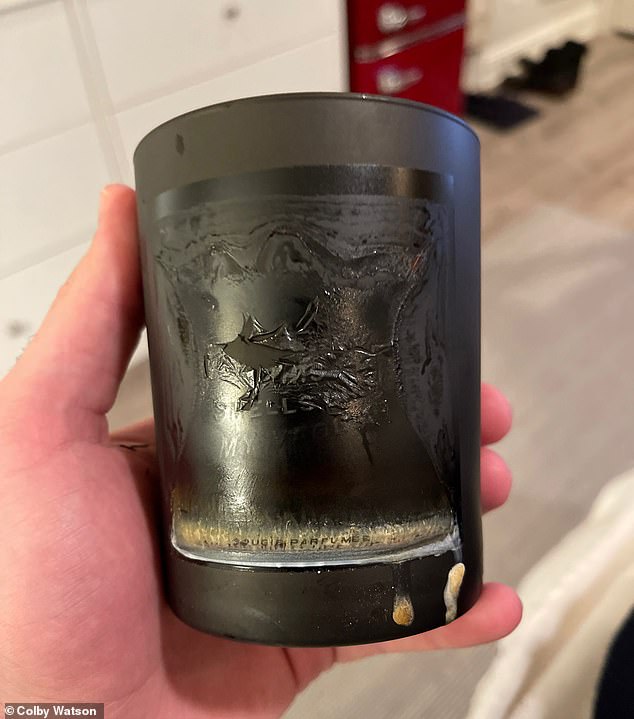 Evidence: Colby Watson alleges that his candle (pictured) – which he says he purchased on the Goop website in January – became ‘engulfed in flames’ 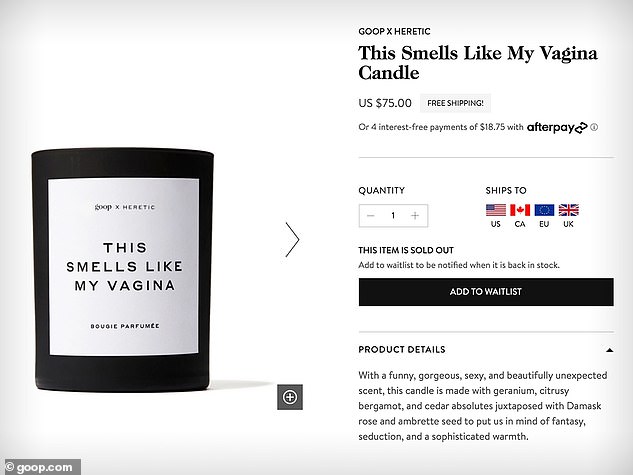 Popular: Gwyneth first released the tongue-in-cheek product in January 2020, and it sparked a flood of excitement and bewilderment, promptly selling out in days

The Texas resident is seeking in excess of $5 million in damages as part of the class action lawsuit – which also calls for Goop to provide compensation to anyone else who claims to have suffered a similar incident with their own candle.

Mr Watson’s lawsuit comes just four months after a London-based woman hit out at Goop, alleging that her own Vagina candle ‘exploded’ in her living room and sparked an ‘inferno’.

Jody Thompson, 50, from Kilburn, spoke out about the mishap in January, while also sharing an image of the charred candle remains.

‘The candle exploded and emitted huge flames, with bits flying everywhere,’ she told The Sun at the time.

‘I’ve never seen anything like it. The whole thing was ablaze and it was too hot to touch. There was an inferno in the room.’

‘We eventually got it under control and threw it out the front door.

‘It could have burned the place down. It was scary at the time, but funny looking back that Gwyneth’s vagina candle exploded in my living room.’ 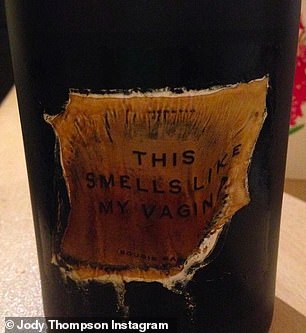 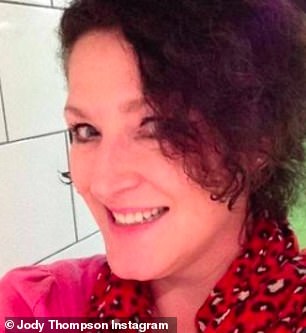 Repeat offender? In January, London-based woman Jody Thompson, 50, made similar claims about her own Goop candle, alleging that it had caused an ‘inferno’ in her living room