How Did Brad Pitt Feel About His New GF Shading Angelina Jolie?!

Whether he likes it or not, Brad Pitt’s love life tends to be full of drama!

His latest flame Nicole Poturalski had actually done a remarkable job of staying under the radar in the year or so she spent getting to know one of the world’s most sought after actors. That is, until she waded into the sea of tension between Pitt and ex-wife Angelina Jolie. Intentional or not, an Instagram post from the model raised some eyebrows and was interpreted as shade towards Jolie.

So, how does the Once Upon a Time… in Hollywood star feel about his young girlfriend getting caught up in the narrative of his rocky divorce? Just fine, apparently. A source for Us Weekly said Pitt was not “angry or upset Nicole made a remark about ‘happy people don’t hate.’” They continued:

“For it to become this thing that suddenly everyone was talking about should have been surprising to Brad. At this time in his life, Brad is just happy that he has found someone that makes him feel cherished and loved.”

In our opinion, continued chatter about his love life really shouldn’t surprise the Oscar winner anymore. His meet-cutes and breakups have been a subject of public fascination for decades now, so he must be used to fans blowing a small comment out of proportion. Still, we totally get that he would be seeking some peace and quiet at this point.

Another Us insider earlier this month confirmed that the 56-year-old enjoys Poturalski’s “carefree” attitude, saying:

“Brad thinks Nicole is beautiful and kind. He has absolutely no plans nor any desire to ever get married again. Brad doesn’t want a girlfriend that he’s with every day.”

“It’s currently a go-with-the-flow situation, and Nicole’s not running around yelling about her love for Brad from the rooftops. Nicole is a lot for work. That’s where the bulk of her dates with Brad have been.”

Still, the source hinted the relationship may be moving in a serious direction. They shared:

“Going by what Brad’s been saying, they are totally falling for each other.”

We’re glad to hear Brad’s happy — and that he doesn’t necessarily want to get married again because Poturalski already being married would probably complicate that. Still, despite their nearly 30-year age difference, they do have a lot in common, as a source explained they’re both “dedicated parents who fit in dating and other social engagements around their kids’ schedules.”

That being said, Pitt’s relationship with the 27-year-old was eclipsed last week by his (virtual) reunion with ex-wife Jennifer Aniston. We’re just saying, Brad… a nice, normal girl your own age, one who’s actually single and you have established chemistry with… it’s something to think about! 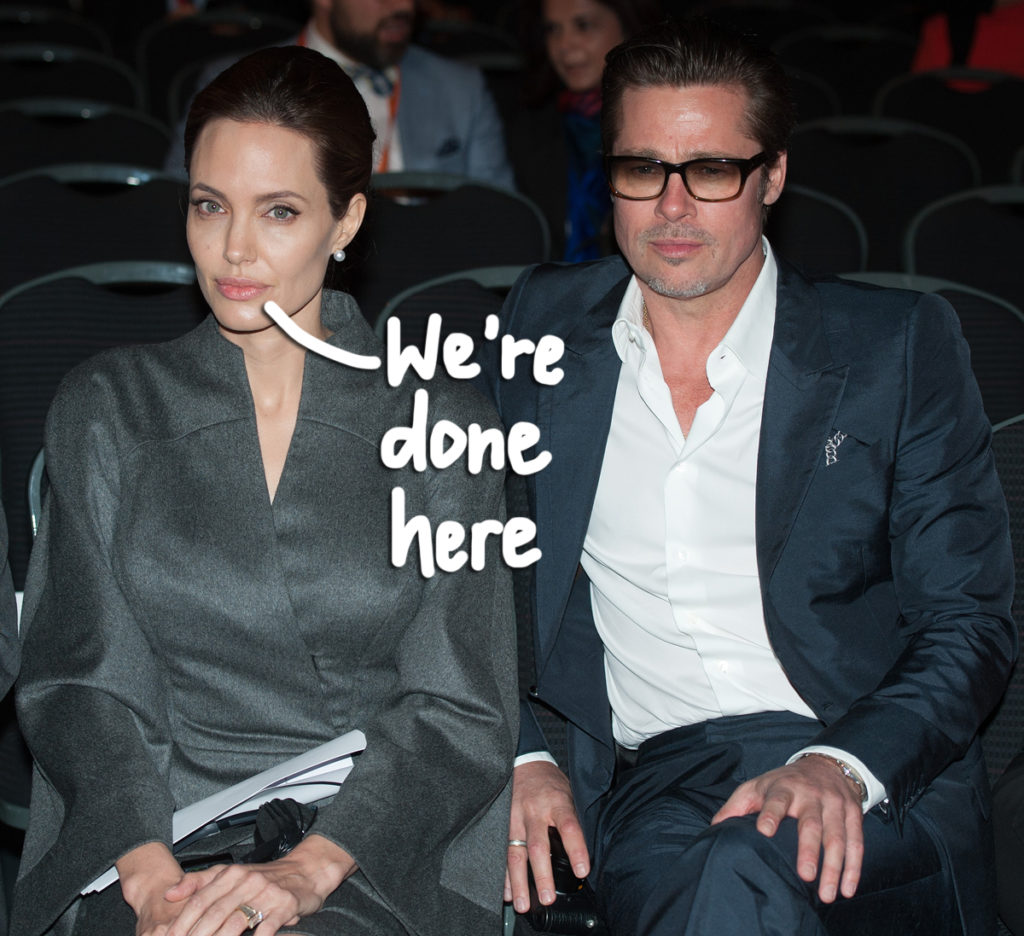 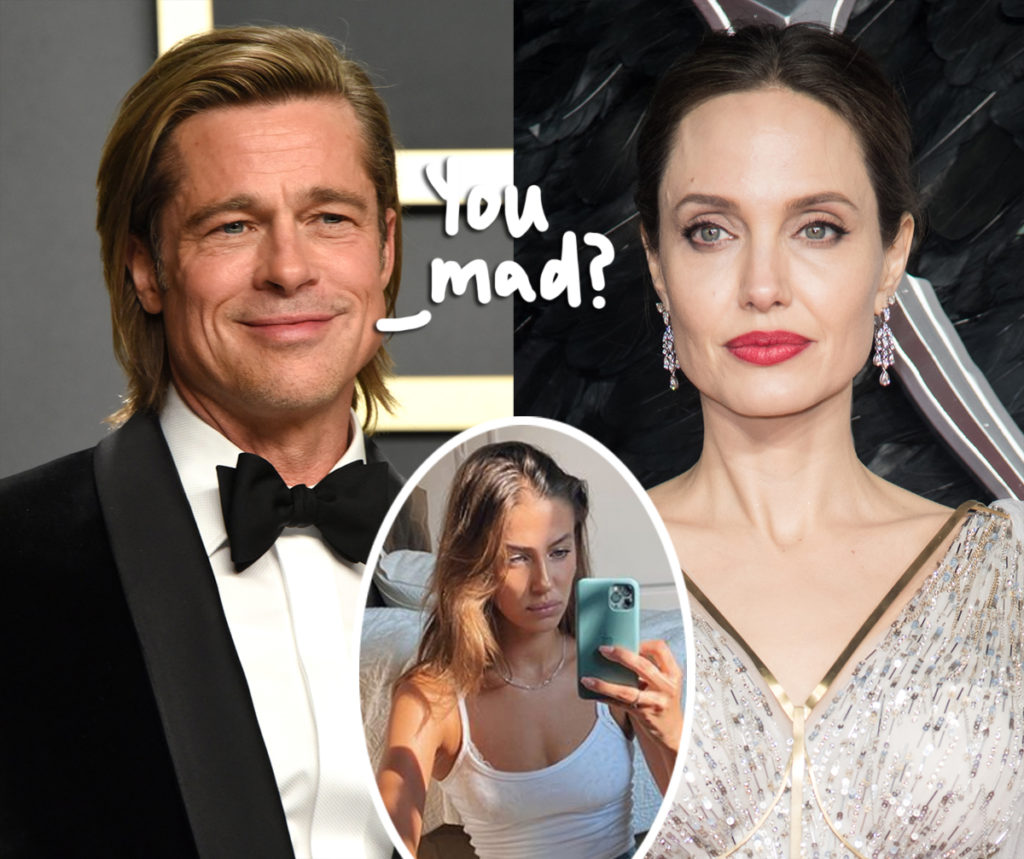 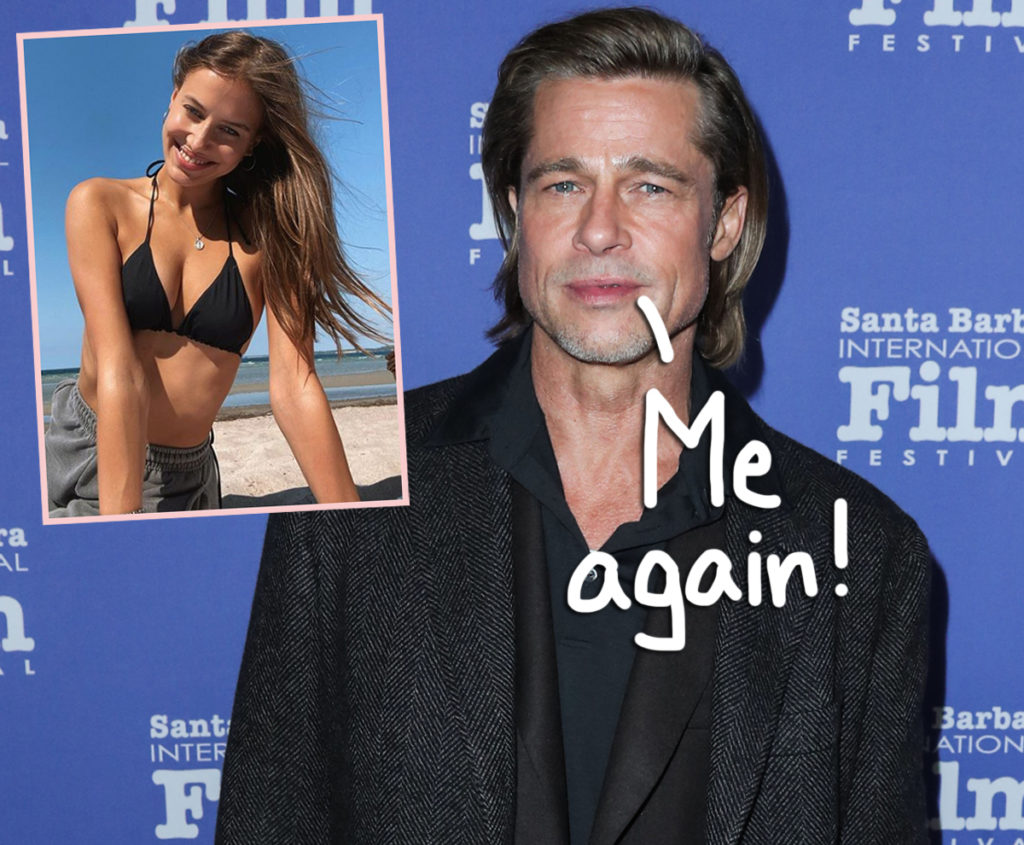