I dropped everything to move to London and Sydney. ‘Emily in Paris’ totally misses the magic of living abroad as an American. 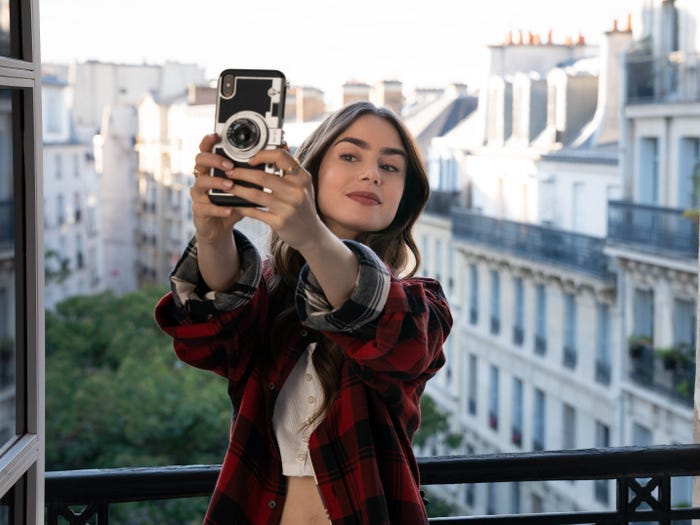 Picture this: An American girl drops everything to take a job abroad. She shows up for her first day of work in the wrong clothes, doesn't understand anything her new coworkers say, and has a knack for regularly embarrassing herself. Oh, and there's a lot of hot men with accents.

No, this is not the elevator pitch for "Emily in Paris." It was my life — twice. Just like Lily Collins' titular character in Netflix's hit new show, I accepted jobs overseas in London and Sydney in search of adventure, and found plenty of culture shock, dating surprises, and kind strangers.

Despite its wild success, "Emily in Paris" also gets plenty wrong. It's managed to piss off the French, social media managers, and an iconic Chicago pizzeria. And as someone who knows what it's like to work abroad, I also found that the show missed the mark on so many essential parts of the expat experience, from politics and food to immersion and long-distance relationships.

At its heart, "Emily in Paris" is meant to be a workplace comedy that focuses on culture clashes

It's hard to explore the cultural differences in workplace attitudes without falling into stereotypes — like the laissez-faire French and capitalist Americans. There are so many nuances to working abroad — so many cultural differences that you wouldn't think of until you actually get there — that "Emily in Paris" never really picks up on.

When I moved to London, for example, I quickly learned how integral tea was to office life. It's the norm for coworkers to trade off the responsibility of getting each other cups of English breakfast tea throughout the day. To not drink this tea, to not deliver it to your peers, is to exclude yourself from a cherished bonding ritual.

And even though both of my offices abroad were in English-speaking countries, I didn't anticipate just how much translation I would need when it came to cultural references. It wasn't just about turning all my Z's into S's, or realizing that "How ya going?" is Australian for "How are you doing?" and not "Where are you going?"

There was a mountain of slang I didn't understand. There were beloved soap operas — "Neighbours" and "Home and Away" for Aussies; "EastEnders" for Brits — that I had never watched. There were traditions I had never heard of.

Unlike Emily, though, one of the biggest joys I found while living abroad was trying to completely immerse myself in all of these unkowns. The bulk of Emily's sightseeing seems to be going on jogs through the Seine and gazing up adoringly at the Eiffel Tower — entirely bland romps that reveal nothing about the city she's in. She never even takes the Métro!

I wanted to be able to connect with my British and Aussie coworkers, so I checked out the things they talked about. I began watching "Made in Chelsea" every Monday (the Brits' version of "The Hills," albeit with way more dinner parties), went to Australian football games and followed the Premier League, and read up on their celebrity gossip, becoming well-versed in the vacations of Coleen Rooney and the troubles of Roxy Jacenko.

"Emily in Paris" also fails to capture the magic of exploring a different country's food, unless you count all those pain au chocolats

Because I primarily write about food for a living, I tend to pay an inordinate amount of attention to the way it's portrayed in pop culture. But I couldn't help but be annoyed that "Emily in Paris" reduced French cuisine to croissants and some innuendo-laden references to coq au vin.

While I did appreciate the scene in which Emily orders her steak medium and is then shocked that there's pink inside — a dig at the American attitude of "the customer is always right" — it felt like a missed opportunity to give viewers a peek into all that France has to offer — food included. Writer Darren Star did it to hilarious effect in "Sex and the City," where he was able to parody New York's dining and club scene. It would've been nice to see him explore France's culture with the same depth.

That's not to say that when I first moved to London and Australia, I didn't come in with my own assumptions and ignorances. I thought England's cuisine was mainly tea and crumpets, that Sydney was just the land of avocado toast.

Moving abroad was an education in regional cuisines and delicacies. When I spent a few weeks training in Northern England, I fell in love with Cornish pasties — warm savory pastries filled with meat or vegetables. I learned that a Yorkshire pudding has nothing to do with Jell-O (but is far more delicious), and that fry-ups cure a hangover far better than eggs Benedict.

In Australia I discovered laska, a spicy Malaysian soup I ate every Sunday at the restaurant right under my apartment. And don't even get me started on the snacks — I became obsessed with everything from cheesy Twisties to double-coated chocolate Tim Tams.

Food is such an essential part of understanding and connecting with a new culture. Would it have killed Emily to try some Camembert?

Before I can get into her many French dalliances, however, I need to touch on the ridiculous way that the show portrays long-distance relationships.

Like Emily, I have been in a cross-continent relationship and know how hard it can be to juggle time differences and intimacy. But I find it hard to believe that, when we have every country's clock accessible to us on our iPhone, Doug — Emily's boyfriend in the beginning of the show, whose entire personality seems to be "Liking The Cubs" — doesn't check before accidentally ringing her at 3 a.m. in Paris.

And while Doug didn't seem like much of a catch, it was strange that the show didn't spend even one scene showing Emily grieving the end of their relationship. I went through a breakup while living in Sydney and figured I could "Eat Pray Love" myself by backpacking along the East Coast. Instead, after a sweet boy at a hostel party tried to kiss me good night, I ran to the bathroom and cried. It doesn't matter if you're in the most beautiful city in the world. A broken heart is still going to hurt, at least for a little.

Emily does a lot of dating, and the show captures some of the magic and excitement that comes with meeting cute strangers. Like Emily, I did find that men in London and Sydney seemed more emboldened to chat the minute that they heard my American accent. (Shoutout to the British guy who asked if I missed home and wanted to go to dinner with him… at TGI Fridays.)

Once again, though, "Emily in Paris" uses some lazy stereotypes to characterize a lot of Emily's experiences with men. They send her La Perla lingerie and offer to take her to Saint Tropez. One guy whispers that he loves "American p—" into her ear, while another goes from charming to wine snob in a matter of 24 hours.

Dating abroad comes with plenty of complexities, but the show doesn't bother to touch on any of them. It doesn't even get the basics right: Not a single man asks Emily where in the US she's from, a question my best friend Kelly and I heard so often I knew the exact spot on her palm she used to map out her city in Michigan.

And while "Emily in Paris" tries — pretty unsuccessfully — to tackle differing opinions on #MeToo and political correctness, not a single guy that Emily dates asks about her own politics. Almost every person I met abroad asked what my opinion was on everything from affirmative action to gun control to police brutality.

I know "Emily in Paris" isn't supposed to be a documentary on what it's like to be a young woman abroad. And I'll be the first to confess that I finished all 10 episodes in a day, desperate for some fluffy distraction after running out of seasons of "Love Island."