Iggy Azalea continues to show off her post baby body

She confirmed just last month that she had secretly welcomed her first child.

But Iggy Azalea has been wasting no time in getting back into the studio… or to the gym for that matter.

The 30-year-old Australian star – real name Amethyst Amelia Kelly – arrived at a recording studio in Los Angeles on Sunday, along with singer Tinashe, while showing off her incredible figure. 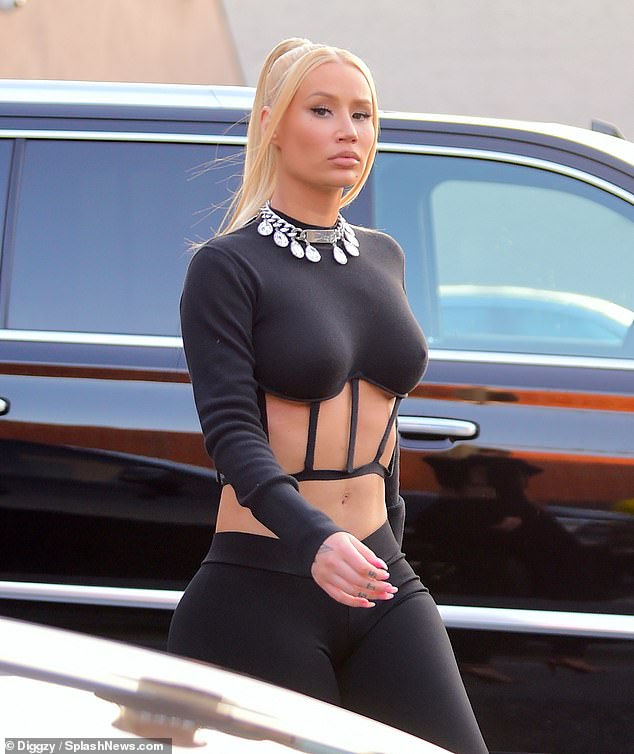 Sculpted: Iggy Azalea seen Sunday arriving at a recording studio in Los Angeles… one month after revealing she has welcomed a baby boy

Iggy wowed in a tight-fitting sculpted black ensemble that displayed her toned tummy, not long after welcoming son Onyx, who the star has said she would like to keep out of the spotlight.

On the same day, the hitmaker posted an orange bikini shot to Instagram with the caption: ‘Baby weight. Baby? Wait – this a baby waist.’

The rapper appears to be currently working on the follow-up to her second studio album In My Defense that came out last July. 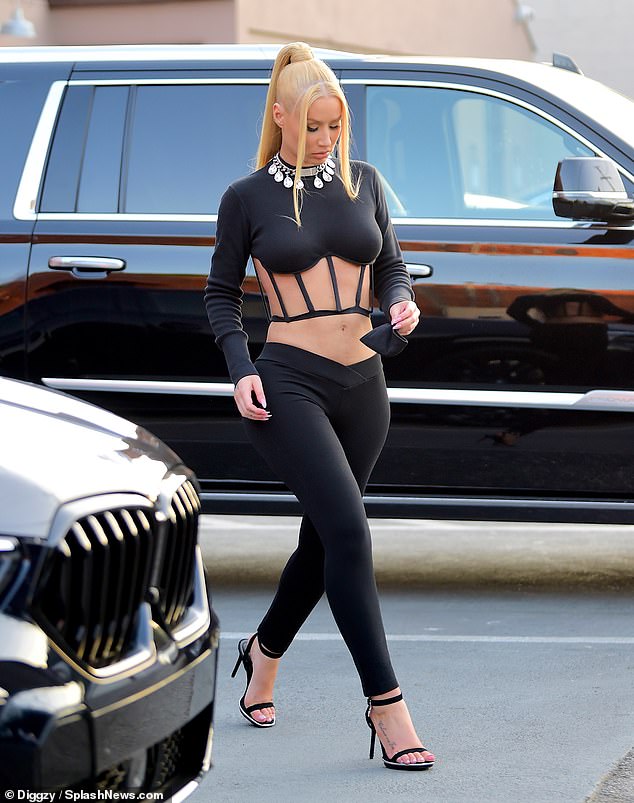 Sally Walker: The rapper appeared to be strutting her stuff in the recording studio car park

Mo Bounce: Iggy showed off her very pert behind in her tight-fitting ensemble 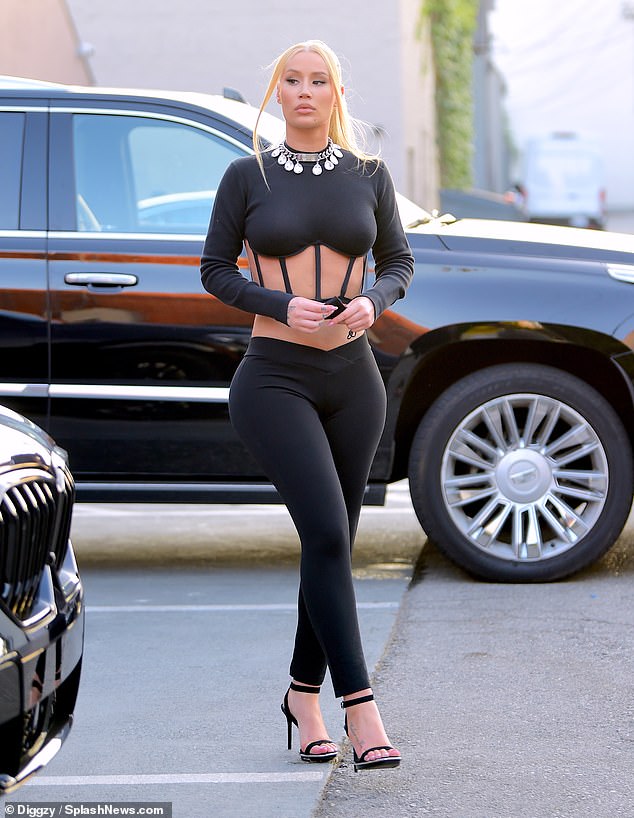 Black Widow: The rapper went for a dramantic all-black ensemble for the day of recording music

She hasn’t quite managed to top her 2014 song of the summer hit Fancy, which featured Charli XCX, but these days Iggy prefers to do things on her own terms.

No stranger to collaborations, it seems safe to assume that Iggy and Tinashe could be working on a new song together after spending time at the same recording studio.

Iggy already worked with the singer on a version of her 2014 song All Hands On Deck. 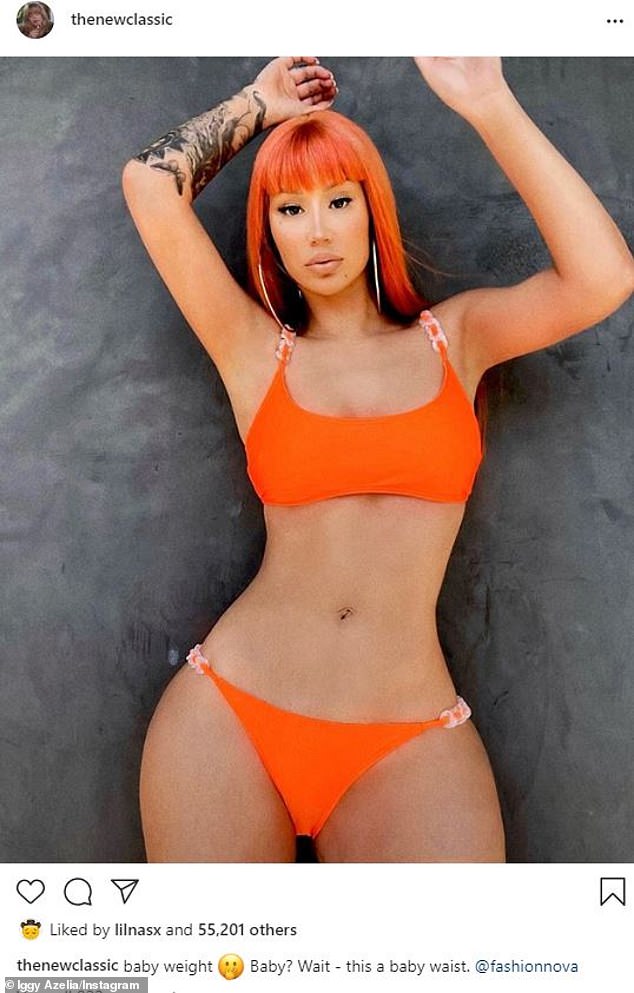 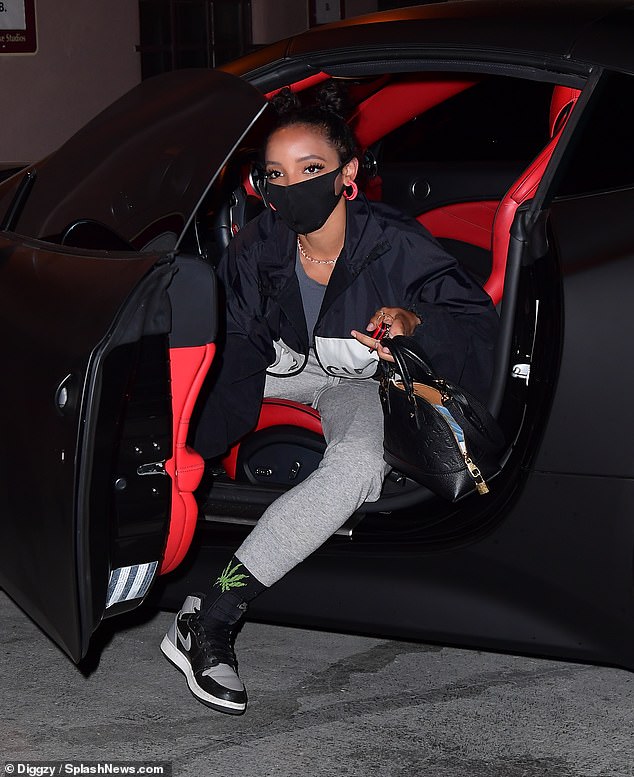 Collab? Singer Tinashe was also seen arriving at the studio after Iggy 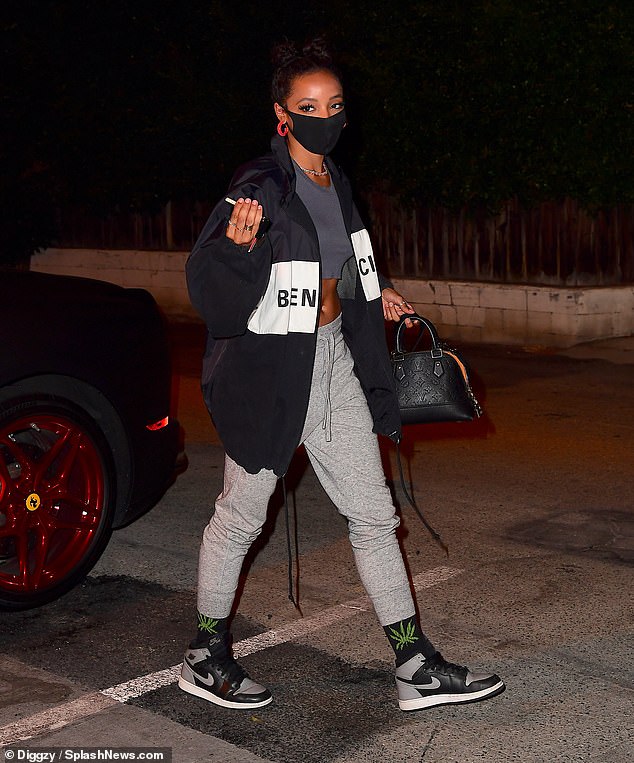 Friends: Iggy and Tinashe have previously worked together on a track called All Hands on Deck