‘I’ve never been Mr Nice Guy… but my children saved me’: Hugh Grant, 60, reveals how life as an older father has stopped him being a ‘scary old golf-addicted bachelor’

Hugh Grant has revealed how life as an older father has saved him from being a ‘scary old’ bachelor addicted to golf.

The actor, who turned 60 on September 9, has had five children in nine years after previously living a decidedly carefree lifestyle.

In an interview with the Daily Mail’s Weekend magazine he admits he has never been ‘Mr Nice Guy’ and adds: ‘I think I turned into a slightly scary old golf-addicted bachelor, and to tell you the truth I’m glad to see the back of him.’

Following a string of relationships with glamorous figures such as Elizabeth Hurley and Jemima Khan, Grant announced he was to become a father after a ‘fleeting affair’ with Tinglan Hong in 2011.

Over the next seven years he had four more children – another with Miss Hong and three with Swedish TV producer Anna Eberstein, 40, who he married in 2018. 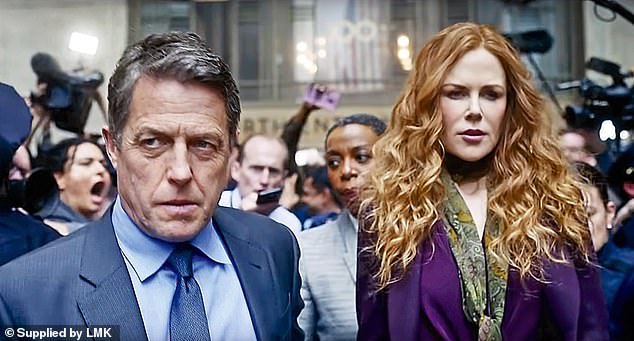 Grant, who stars alongside Nicole Kidman in Sky Atlantic’s upcoming psychological thriller The Undoing, said: ‘I mean, it’s completely knackering trying to be a young father in an old man’s body and I’ve found that if you’re 60 and there are five small children in the house you can’t have a hangover either.’

He added: ‘But it’s worth it. Absolutely.

‘People say to me “You’ve got better as an actor in the last ten years… Why?” And I sometimes think it may be because of the kids.’

Despite his plummy British accent and tendency to play middle or upper-class characters, Grant insisted that he ‘didn’t grow up rich or privileged’.

While he spent his childhood in west London’s affluent Chiswick and attended the Latymer Upper School, which now has annual fees of £21,000, Grant has always maintained he was given a grant by the council to attend.

‘Money’s lovely. Particularly for me because, despite my sounding the way I do, I didn’t grow up rich or privileged,’ he said.

‘I know my voice is confusing, but my background was not a privileged one: My family weren’t seriously poor, but we weren’t rich by any means. 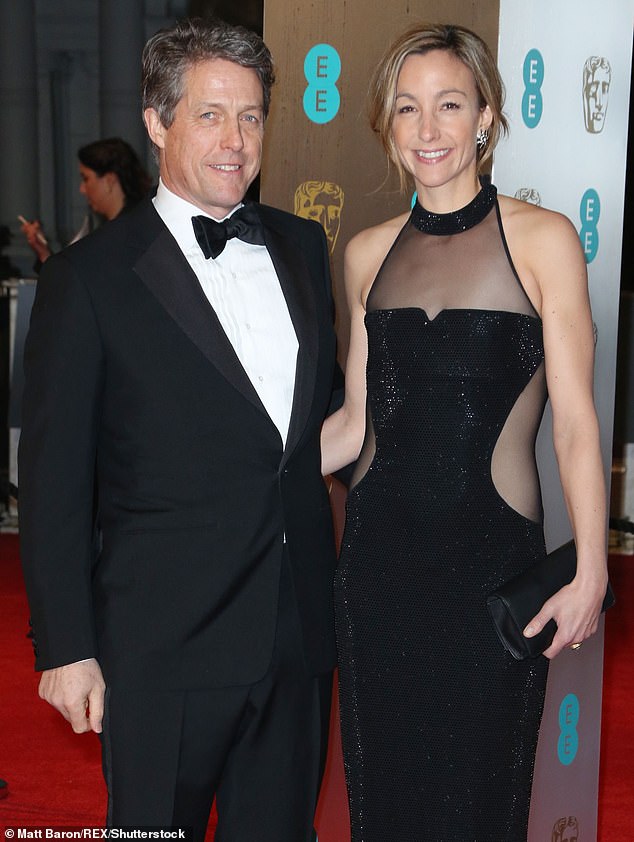 The actor now lives with Anna  Eberstein and their three children

‘We didn’t have holidays abroad or anything like that – I didn’t even go on an aeroplane until I was in my 20s.’

He said that his first job was ‘cleaning the lavatories in a pub’ for which he earned just £21. ‘I thought it was a fortune,’ he said.

Grant now lives in a six-bedroom Chelsea townhouse with Miss Eberstein and their three children. He reportedly bought the property for £17.5million in 2018.

The actor, who is known for playing charming rom-com love interests such as bookseller William Thacker in Notting Hill, also revealed his desire to play more ‘revolting roles’ as he has got older.

He said: ‘I don’t know if you’ve ever talked to Richard Curtis about this, but he always found it hilarious that the public might think I really was that nice guy in his films, because he knew very differently. That was a real bit of character acting, because that Mr Nice Guy’s never been me.’ He added: ‘I do find that as I grow older I’m increasingly drawn to, and more comfortable in, revolting roles.’

Grant, who also played bachelor Charles in Four Weddings And A Funeral, has recently taken on villains including the evil Phoenix in Paddington 2 and politician Jeremy Thorpe in the BBC1 drama A Very English Scandal.

The Undoing, which starts next month, is about therapist Grace Fraser (Kidman) whose husband (Grant) disappears.