Coronation Street star Jack P Shepherd, 32, has taken to Twitter to light-heartedly hit back at a fan who became “stressed out” after spotting his wardrobe error while tuning into the ITV soap. The viewer noticed Jack’s character David Platt’s socks were “inside out” during one of his recent scenes.

Sharing their reaction to the awkward error on the micro-blogging site, the fan admitted: “@JackPShepherd88 @itvcorrie David’s socks are stressing me out!!

“They are inside out!”

Jack spotted the tweet and couldn’t resist teasing the Corrie viewer about their concerns.

The actor explained that although he “didn’t realise” he wasn’t wearing his socks correctly at the time, he cheekily insisted he would “do it again”. 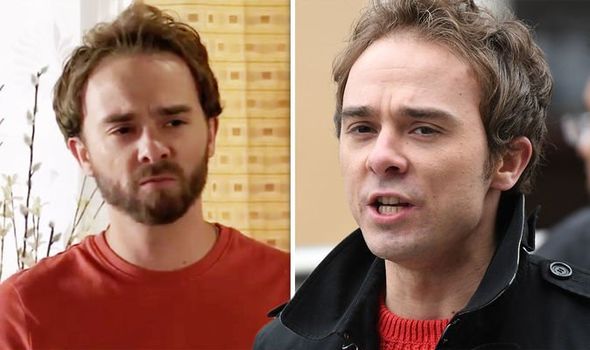 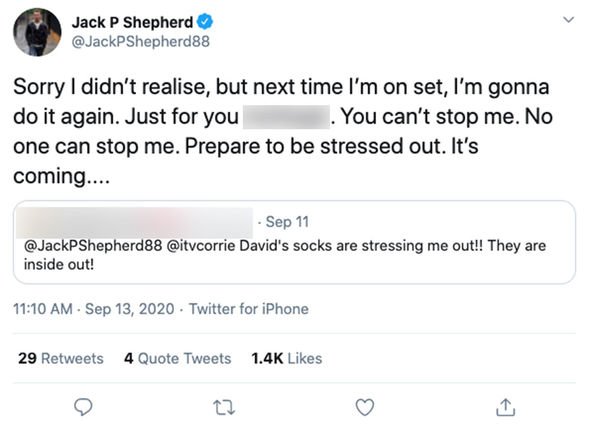 Jack wrote back in view of his 430,000 followers this morning: “Sorry I didn’t realise, but next time I’m on set, I’m gonna do it again.

“Prepare to be stressed out. It’s coming….”

Fans took to the comments section of Jack’s funny response to share their thoughts. 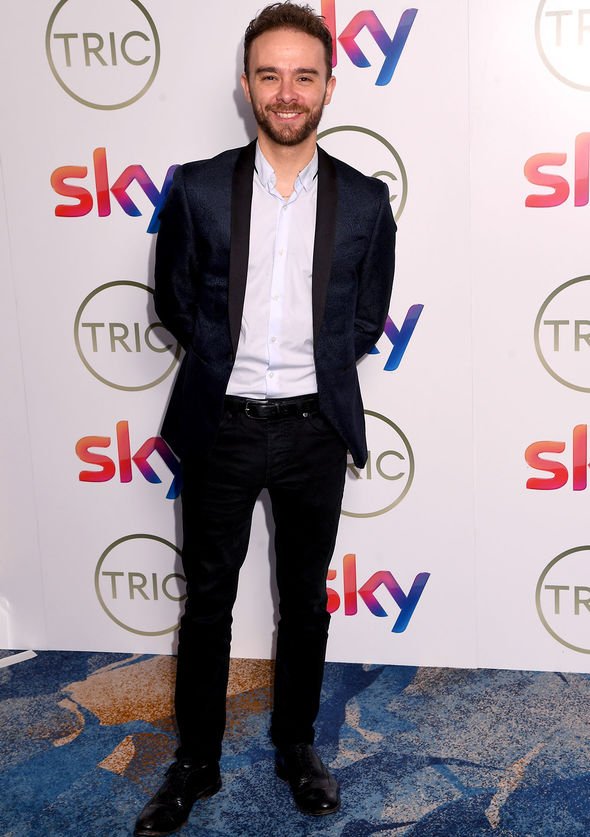 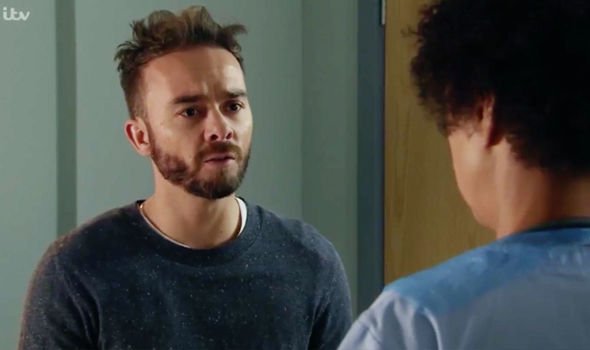 One person wrote: “I noticed they were dirty, but I thought that was just because David is living life normally. You could really freak people out by wearing one inside out and the other not – or socks of different colours.”

Another added: “Inside out and non matching socks next time. Double whammy.”

A third replied: “Ohhhh I can’t wait to see that, maybe the script writers could get you to mention it.”(sic)

A fourth fan commented: “David Platt is a rebel he would do it.”

It comes after Jack previously addressed a surprisingly tearful moment which occurred during a scene with his character David Platt and co-star David Neilson’s character Roy Cropper in the soap.

Back in June, a Corrie fan shared their confusion about why Roy appeared to be “crying” without an emotional reason in the episode.

They tweeted Jack and asked: “Was Roy crying in tonight’s episode whilst talking to David?

“Didn’t look like he was meant to be but also had tears falling! @JackPShepherd88 @itvcorrie @ITV.”

Replying to the query in view of his 432,000 followers, Jack explained his fellow cast member David unfortunately “couldn’t stop his eyes from streaming” during the scene because of some windy weather while the pair were filming on set.

The actor recalled in response: “Think it was really really windy, and David was standing right in the firings line so he couldn’t stop his eyes from streaming X.”(sic)

They commented: “That makes sense. I noticed it too!”