James Jordan, 42, has said that he felt Billie Faiers was “overmarked” on Dancing On Ice, as she scored the same as her “amazing” fellow competitor Colin Jackson. The former Strictly Come Dancing professional felt it was wrong for The Mummy Diaries star to achieve the same marks as the athlete, as James stated that she did not “let go of her partner” while on the ice.

Hitting out at judges Ashley Banjo, Christopher Dean, Jayne Torvill and John Barrowman while opening up on how he felt about Billie’s performance, former Dancing On Ice champion James said: “Billie did a great job but I felt that she was overmarked.

“She was marked the same as Colin Jackson and – never in a million years!

“Colin was skating on his own while she didn’t let go of her partner but apart from that, the leaderboard is right.

“Billie should have been beneath Colin but apart from that I think the scoring was right for this year,” he added in his Hello! column this week. 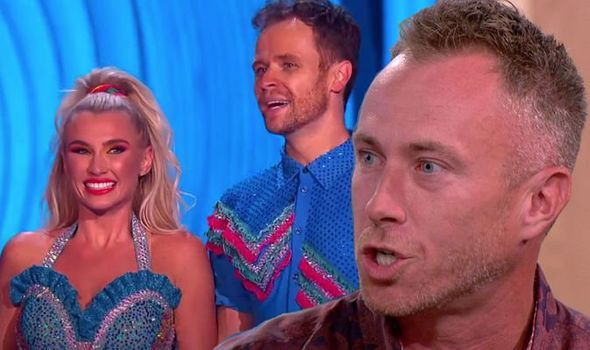 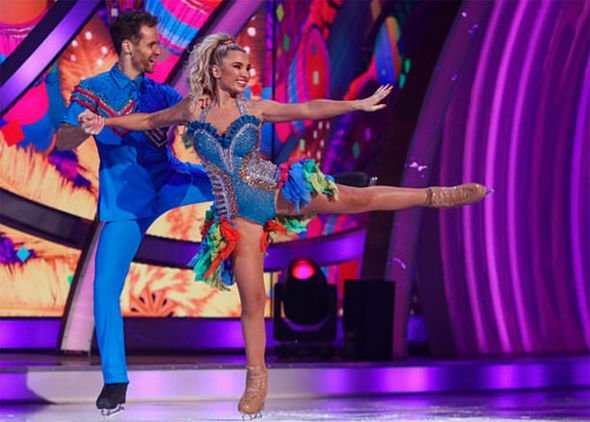 Billie is partnered with professional Mark Hanretty for Dancing On Ice 2021.

She is best known for being an original TOWIE cast member and starring in Sam & Billie: The Mummy Diaries with her sister Sam Faiers.

She has now swapped her heels for skates for Dancing On Ice’s 13th series alongside her fellow contestants including Graham Bell, Faye Brookes and Colin Jackson. 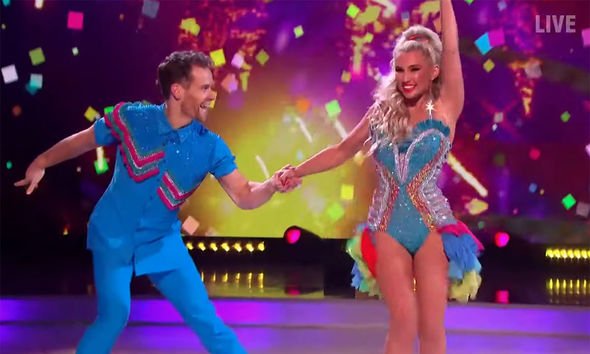 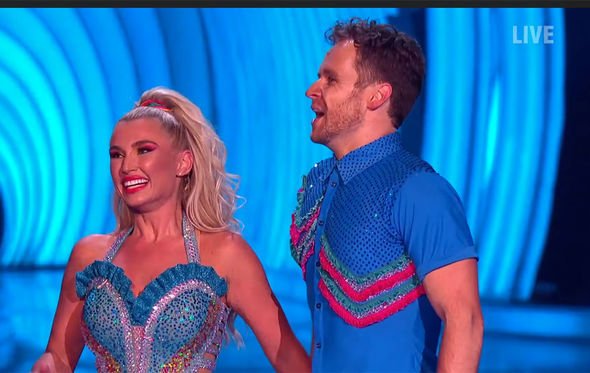 On Sunday night’s programme, she wowed in a sequin blue number with her hair in a high ponytail.

The star performed a lively routine with her partner Mark to the Spice Girls hit Spice Up Your Life.

She received a score of 25 which matched Colin’s, who had danced just before her.

There was some critique from the DOI judges who felt she had relied too heavily on her partner.

On social media, Billie wrote of her involvement: “I am soooo excited to announce that I will be taking part in @dancingonice. I still can’t believe I am actually doing it!!

“I am soooo nervous but so excited … This will honestly be one of my biggest challenges yet!!

“I have zero ice skating or dance experience. But I’m going to give it my all and make my family and most of all Nelly and Arthur proud. Wish me luck #dancingonice.”

Billie added, “My kids are going to be so excited! Hopefully, I’ll be good and they’ll be loving it and not embarrassed!” (sic)

Sunday night saw Myleene Klass exit the contest alongside her partner Lukasz Rozycki after they had landed the lowest score of the show.

In her final statement, the singer told show host Holly Willoughby: “I couldn’t have done it without Lukasz [Rozycki] and my family.

“I’ve never skated before so this is a skill I’ve learned in lockdown. When the rinks are back open, I will be there.

“To all the team here, it’s not been an easy production in lockdown so I feel really chuffed. I’m really happy.”