Prince Andrew, 60, is accused of having sex with Virginia Roberts, who was 17 at the time, at the home of convicted paedophile Jefferey Epstein’s girlfriend Ghislaine Maxwell, after dancing with him at Tramp nightclub. The royal has continued to deny the claim as well as other accusations against him.

Addressing the claims, Jeremy Clarkson, 60, has recalled meeting the Prince and said his “problem” is that he doesn’t drink alcohol.

Explaining further in his recent column, he said: ‘I’ve been completely ungripped all week by the stories about whether or not Prince Andrew had sex with Virginia Roberts.

“We have been treated to all sorts of lurid tales about what he allegedly got up to, and the suggestion is that he is a serial offender who roams the planet, in private jets that we paid for, in search of inappropriately young women. 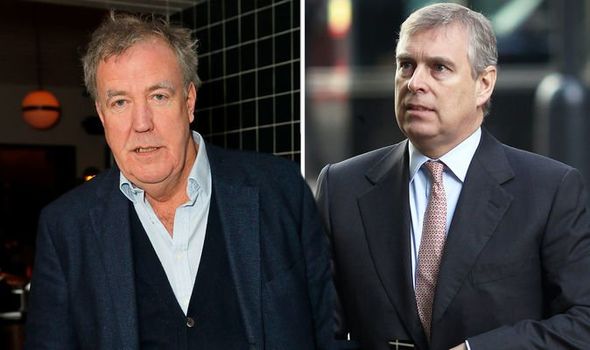 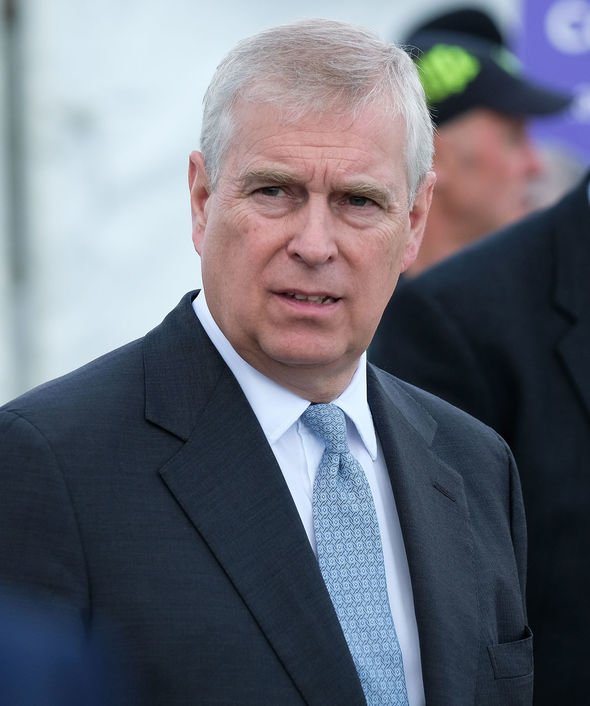 “I’ve seen Andrew at various parties over the years and it’s very easy to spot what his problem is: he doesn’t drink.”

Jeremy went on to say those who tend to drink at parties usually end up “dancing on the tables and suddenly finding the hostess irresistibly attractive”.

However, those who don’t drink “have to pretend to go with the flow, but, unguided by alcohol, they almost always get the timing wrong”.

He added in his Sunday Times column: “This is Andrew’s problem. We’ve read about his antics and we imagine he’s a boorish, goggle-eyed halfwit. He probably is. 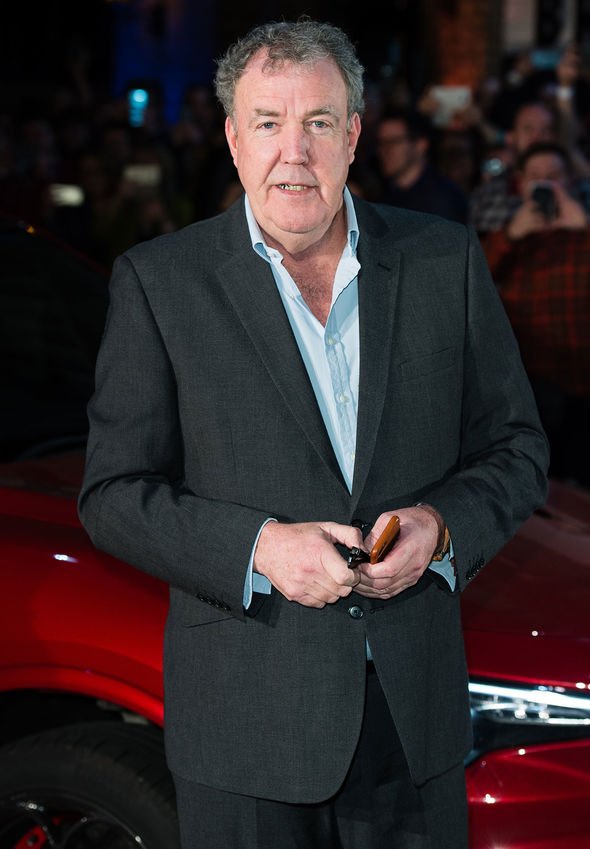 “But his main problem is that he’s second-guessing what he should be doing.

“It’s not instinctive for him, because he’s guided through life by water.”

Jeremy also commented on the accusation of Prince Andrew sweating while dancing with Virginia.

The latter claimed the royal had been “profusely sweating” when they danced together at London’s Tramp nightclub.

“There’s another issue too,” Jeremy added.

“As we all know, he is accused of sweating over a young lady in the nightclub Tramp, but he says this is impossible because he was at a pizzeria in Woking that day.”

Addressing the claim in an interview with Emily Maitlis, he said: “I didn’t sweat at the time because I had suffered what I would describe as an overdose of adrenaline in the Falklands War, when I was shot at … it was almost impossible for me to sweat.”

He also said he had taken daughter Princess Beatrice to a pizzeria in Woking on the same day he is accused of having sex with Virginia in 2001.

He added: “I was with the children and I’d taken Beatrice to a Pizza Express in Woking for a party at, I suppose, sort of 4pm or 5pm in the afternoon.”

Prince Andrew has also claimed he has no recollection of ever meeting Virginia.

It’s since been alleged that Andrew had booked in for a home manicure at the time Beatrice would have had to have been in Woking to attend a matinee at the New Victoria Theatre, which is listed in an unearthed family diary.

Jeremy added: “I’m sorry? A what? I’ve looked it up and it turns out that a manicure is a process where someone softens the skin on your hands before shaping your nails and removing your ‘cuticles’.

“You then pay them for this.

“It’s strange, but I’m now 60 years old and never once in my entire life have I thought, ‘Right. I’ve got a bit of spare time today, so I shall ask a young lady to come round and reorganise my hands’.”