Jessica Simpson, 40, continues to flaunt her enviable figure while in a bra top that proves she has impressive abs… after 100lb weight loss

Jessica Simpson shared another image to Instagram where she was showing off her sculpted body.

The 40-year-old Dukes Of Hazzard actress turned fashion designer was seen in a plunging keyhole bra top and leggings for a yoga session in the backyard of her $11.5M Hidden Hills, California mansion.

This comes nearly two weeks after the mother-of-three was seen doing a warrior pose in the same outfit. 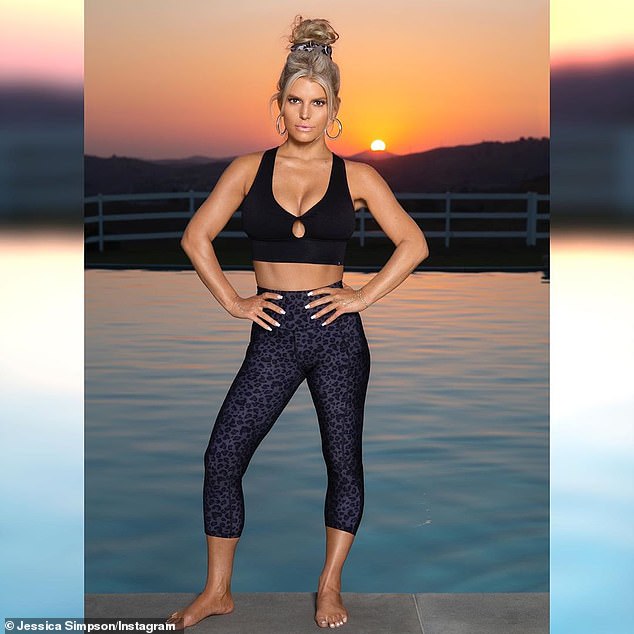 Perfect shape: Jessica Simpson shared another image to Instagram where she was showing off her sculpted body. The 40-year-old Dukes Of Hazzard actress turned fashion designer was seen in a plunging keyhole bra top and leggings 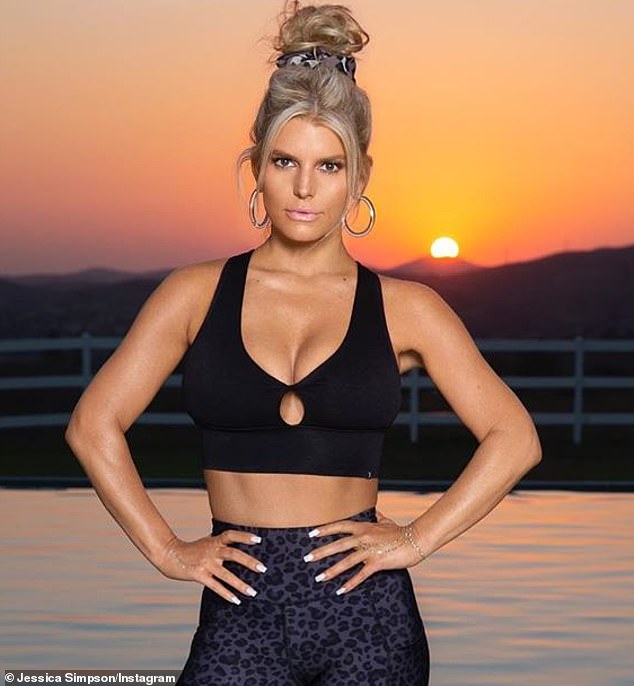 She works hard for this: The siren works out daily to achieve her abs and sculpted arms. The former reality TV star has also shared that she had given up alcohol 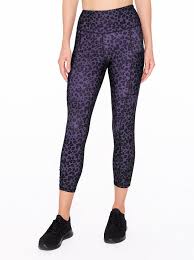 In this new post, her JS Collection team urges fans to work out with her. ‘Want to workout with Team JS?! We are back with LIVE weekly workouts led by @tianasegalasfit right here on Instagram! Starting next MONDAY AT 1PM EST, stay tuned to our Stories for more!’

Simpson is proud of her shape after working out again and giving up alcohol. She lost 100lbs last year after giving birth to her third child, Birdie Mae.

The perfume mogul had on tight animal-print yoga pants and a black sports bra that gave more than a hint of her toned midriff.

The Texas native had her long blonde tresses pulled back into a messy bun.

Tipping the scale at about 240lbs following the birth of Birdie Mae in March 2019, Simpson turned to her longtime trainer Harley Pasternak for help in reclaiming her body after having delivered three children in eight years. 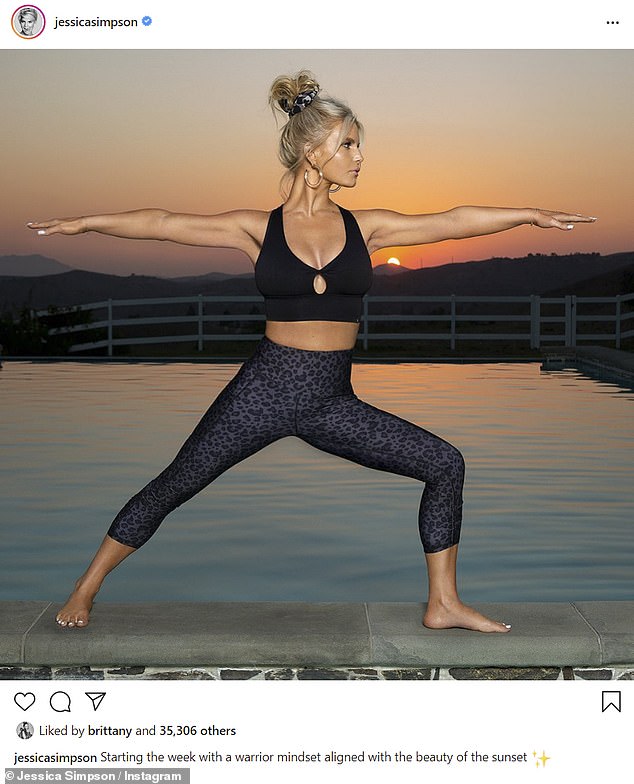 Strong lady: In her last yoga post, she said: ‘Starting the week with a warrior mindset aligned with the beauty of the sunset.’ This was shared in September

Her routine centered on five daily tasks: getting in her walking steps, exercise, eating healthy, getting at least seven hours of sleep and unplugging from technology for an hour.

‘The difference between this and the other times was that she worked out, yes, but her transformation was more about what she did on her own time,” Pasternak told People.

‘She was so motivated and positive. She was saying that her body has not belonged to her for the past decade. Not in a bad way, in a positive way — her body has been designated to create life and now it’s hers again and she’s going to make it fantastic in a really enjoyable way.’ 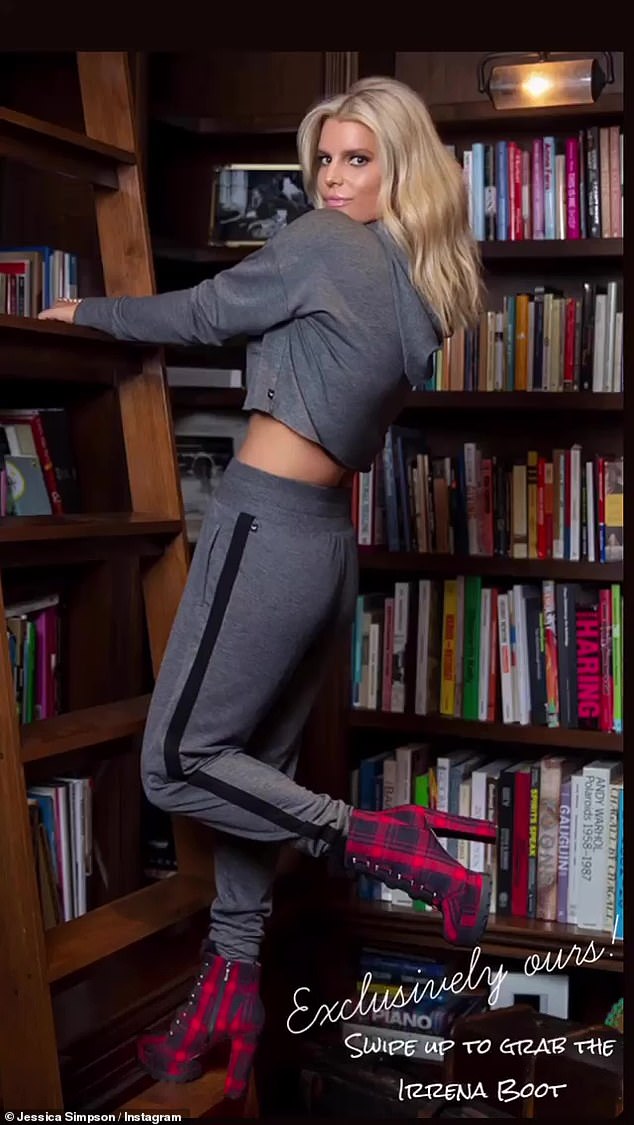 The fall line is here: Also this week, the former singer shared this image in a library to plug her new platform boots in plaid 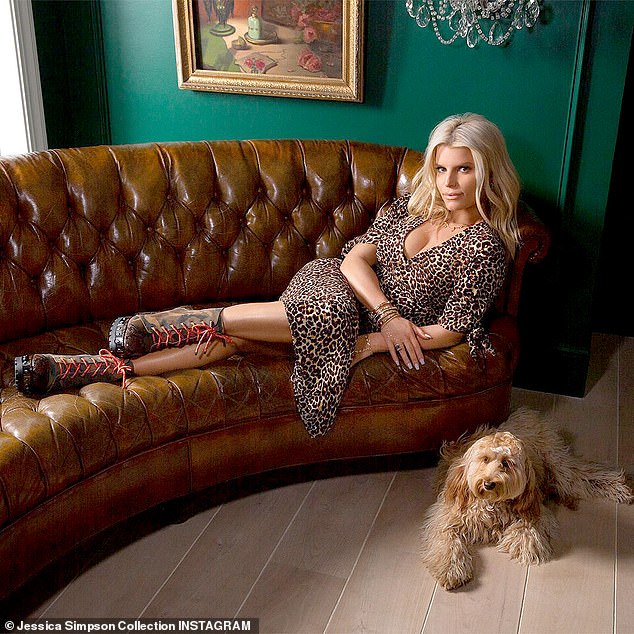 She sure knows how to model boots! Last month she went on HSN to hawk her items

Simpson has been married to  former NFL player Eric Johnson since July 2014. They also are the proud parents to eight-year-old daughter Maxi and seven-year-old son Ace.

In her last yoga post, she said: ‘Starting the week with a warrior mindset aligned with the beauty of the sunset.’

Simpson made reference to the lovely sunset in the backdrop as well as the warrior II pose — Virabhadrasana (veer-uh-buh-DRAHS-uh-nuh), which was named after Virabhadra, a fierce mythological Hindu warrior and incarnation of Shiva. 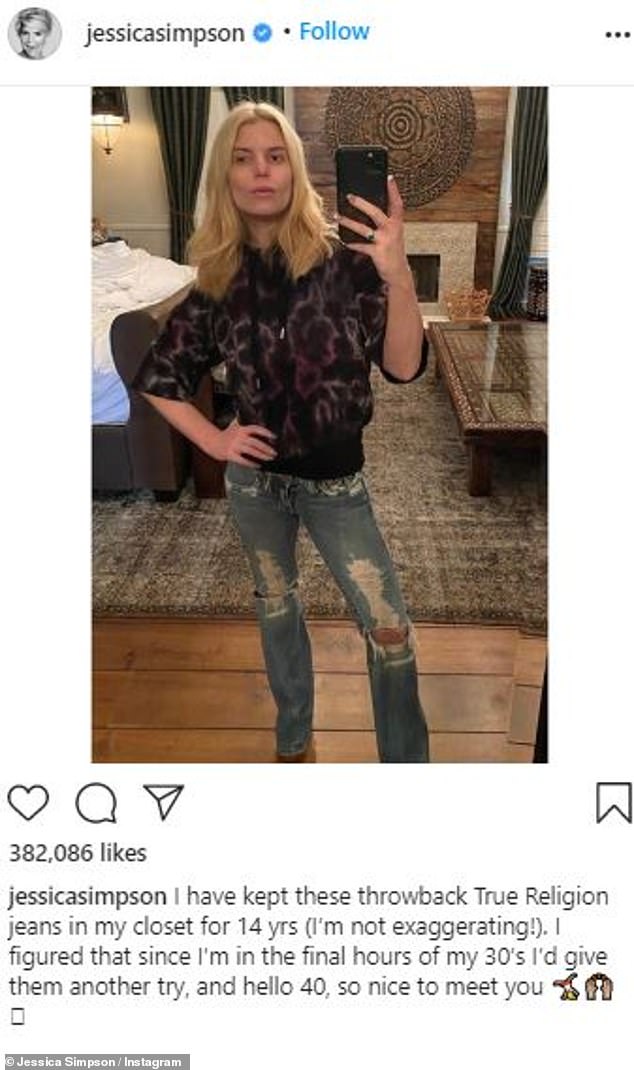 Still skinny after all these years: This summer she showed off the 14-year-old jeans she can still fit into

Simpson not only makes yoga a priority in her everyday routine, she has also turned it into a lucrative business by selling activewear through her signature clothing line, Jessica Simpson Collection.

Since launching in 2005 as a shoe collaboration with Nine West co-founder Vince Camuto, the company has diversified into clothing, handbags, sunglasses, accessories, jewelry, shoes and fragrances, among others.

The Jessica Simpson Collection has been hauling in over $1 billion a year in revenue since 2010. 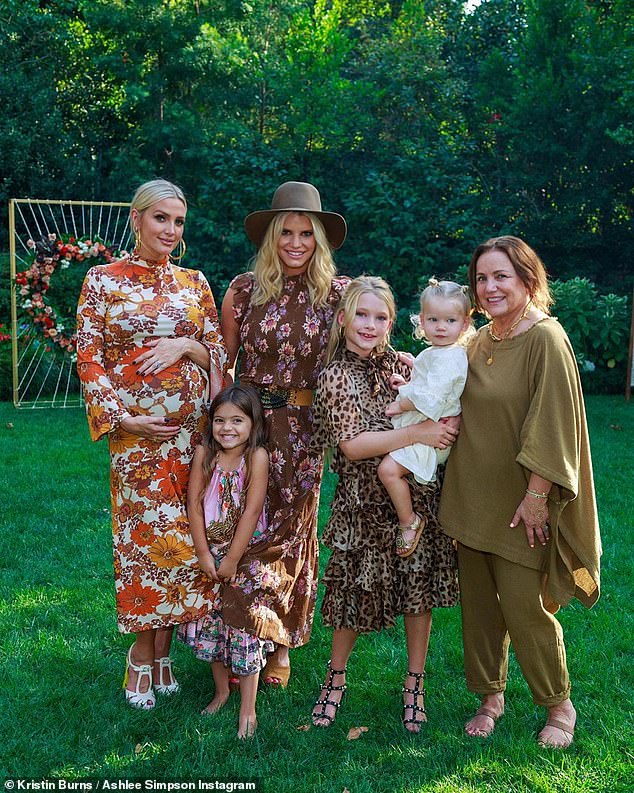