Judge rules that photos were “matters of public concern” 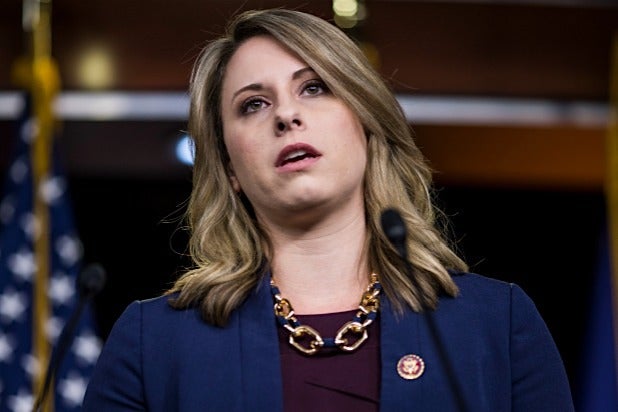 Former congresswoman Katie Hill lost her lawsuit against the Daily Mail over nude photos that were published by the site in 2019, a federal judge ruled on Wednesday.

Judge Yolanda Orozco found that the photos — which showed the then-congresswoman “engaging in conduct that some might consider highly inappropriate and perhaps unlawful” and which showed her tattoo of a symbol that was similar to one used by white supremacists — spoke to Hill’s “character, judgment and qualifications for her congressional position.” As such, the judge ruled, the photos were “matters of public concern.”

Orozco also ruled that the Daily Mail was not conspiring against Hill by publishing her nude photos in its article detailing Hill’s relationship with one of her campaign aides, and that the site was protected by the First Amendment.

One of her attorneys, Carrie Goldberg, said the judge’s dismissal of the suit “sets a dangerous precedent for victims of nonconsensual pornography everywhere.”

“Just last month Daily Mail publicly apologized to Meghan Markle for publishing a private letter to her father. Make no mistake, though, Daily Mail is not sorry. Today it defended its right to have a business model that peddles in women’s humiliations and privacy invasions,” Goldberg tweeted.

Hill resigned from Congress last October and apologized for having an “inappropriate” relationship with one of her female campaign staffers.

Pamela Chelin contributed to this report.