Khloe Kardashian Admits She Thinks Brother Rob Is ‘Hot’ In Latest ‘KUWTK’ Episode: ‘Is That Weird?’

Khloe Kardashian has tweeted about her brother Rob’s glow up in the latest episode of ‘Keeping Up With The Kardashians’.

Rob Kardashian is looking fitter than ever, and his sister Khloe Kardashian, 36, has definitely noticed his glow-up. The newly-minted 34-year-old appeared in the April 1 episode of Keeping Up With the Kardashians in a scene alongside Kris Jenner, Corey Gamble, Kylie Jenner and Stormi Webster. Khloe, who was live tweeting during the episode, took to social media to write, “How hot is Rob? LOL is that weird since that’s my brother.” In the clip, Rob jokingly scolded his mom for bribing Kylie’s daughter Stormi with a lollipop.

Although he was only on-screen for a few seconds, Rob’s considerable weight loss was on full display as he rocked a pair of shorts and a yellow tee, along with a backwards baseball cap. The last time Rob appeared on Keeping Up With the Kardashians was during a birthday special for big sis Kim Kardashian in October 2020, however he was recently seen in a new snap posted by his older sister Kourtney Kardashian as she wished him a happy birthday on March 17.

Meanwhile, Rob’s big sis Khloe raised some eyebrows when she shared a new photo of her rainbow manicure. However, nobody was looking at her nails, rather, the giant diamond ring on that finger. Fans got even more suspicious when her on again/off again beau Tristan Thompson commented on the photo with a string of emojis, including two sets of eyes, two emojis with heart eyes, and two diamonds. Hmmm. 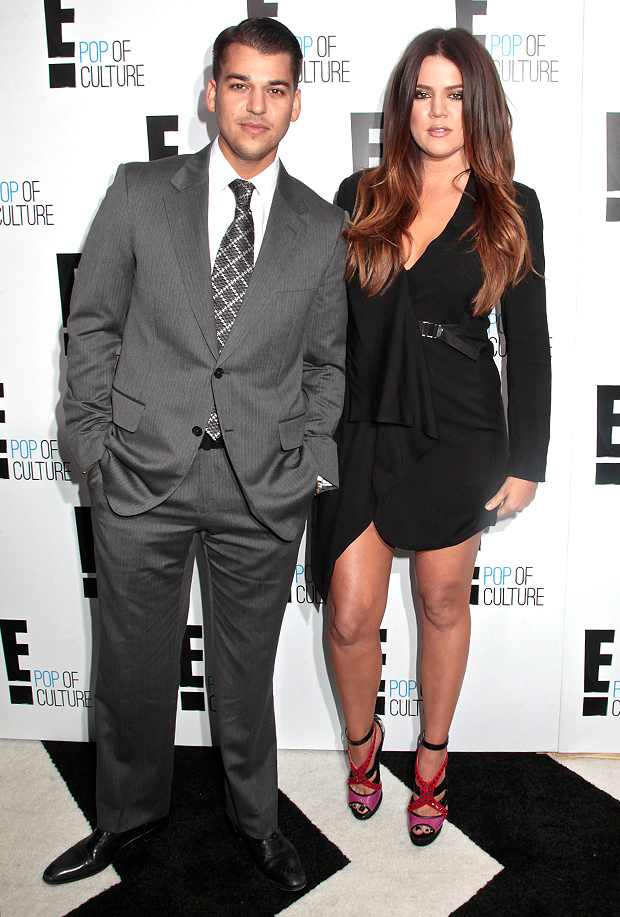 The pair, who share two-year-old daughter True Thompson, have been planning to add to their young family, and a source close to them recently spoke to HollywoodLife about whether they had officially rekindled their romance. “Khloe has been wanting to spend more time with Tristan lately but he hasn’t had the time to be with her or True. It’s been harder to co-parent because of the NBA season and they’ve all had little time together,” the source shared EXCLUSIVELY with HL in March 2021.