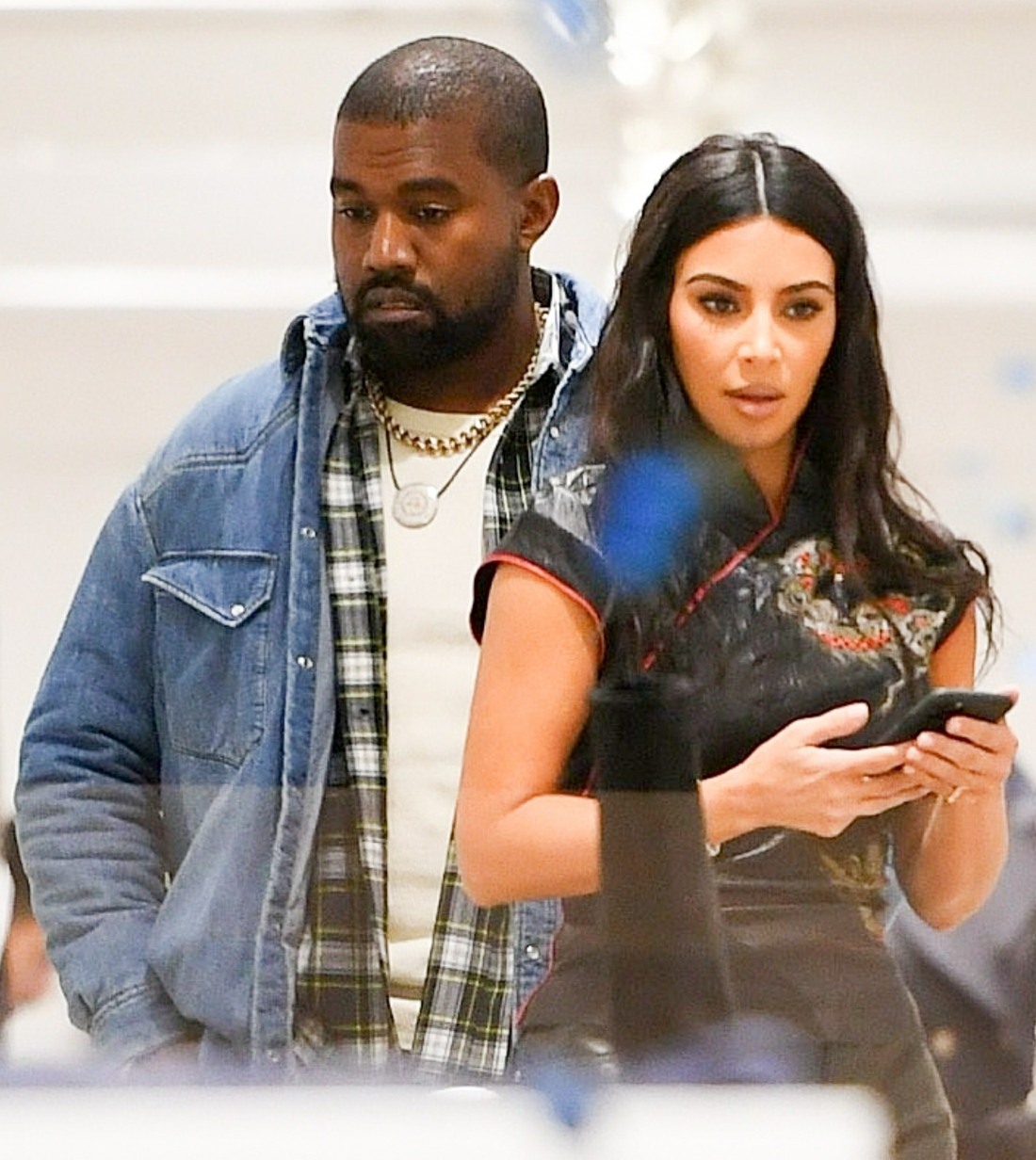 Kim Kardashian traveled to Wyoming on Monday to finally see her husband in person. It feels like the worst of Kanye West’s manic episode is over, but I don’t doubt that the “work” on his album plus his family stress is still very triggering for his bipolar syndrome. As we discussed, this episode felt different from a distance – it was the first time Kanye really attacked Kim and her family, and we soon learned that Kim was over it and she is ready to divorce him. Which isn’t to say that she doesn’t care about him – she reportedly begged him to see her and accept medical help he kept on refusing. So now it sounds like her arrival in Wyoming was likely Kim’s attempt to force the issue. And that’s why things got so emotional, and why she was seen crying in the car with him.

In photos obtained by the Daily Mail on Monday evening, the pair was seen in an intense conversation upon Kim’s arrival in Cody, Wyoming — and the reality star appeared teary-eyed as she spoke with her husband face-to-face for the first time in weeks. A source tells PEOPLE that “as soon as Kim got to the ranch, she and Kanye came out together in his car.”

“Kim is hysterically crying,” the source says, adding that “Kim hasn’t seen Kanye for weeks. She is very emotional about everything, and also exhausted,” the source says. “She feels very hurt by Kanye. She has tried to reach him multiple times and he just ignores her. It’s all a bad situation,” the source adds. “She decided to fly to Cody to speak to him in person. She doesn’t want to be ignored anymore.”

A source tells PEOPLE that Kim is making a point to protect their kids — daughters North, 7, and Chicago, 2½, and sons Saint, 4½, and Psalm, 14 months — from their father’s public outbursts. “She is shielding the kids. All of her family is. They’ve circled around the kids and are insulating them from all of this,” says the source. “And everyone else has decided to create an atmosphere of normalcy around them. They don’t need to see such a public meltdown,” the source adds.

There was some conversation about what images and storylines are being “managed” by the Kardashians, because people are really stupid enough to think that the Kardashian-Jenners WANT Kanye out there, making an ass out of himself and pretending to run for president and crying about abortion. I don’t doubt that Kim was partly crying for herself, for the fact that her marriage is not just some glossy Insta-inspo, that she has to deal with some real sh-t. But I also have compassion for her, because I can only imagine how hard it is to have dealt with Kanye’s episodes over the years, and I can only imagine how frustrating it is to have a husband who is incapable of being a full partner in their marriage or a partner in raising their kids. From the looks of the K-J’s social media, Kourtney seems to be the one looking after the Kardashian-West kids at the moment. I think that will ultimately be the reason why Kim leaves – because she’ll feel she has to make a choice between putting her energy into her kids versus putting her energy into her husband.

Kim flew back to LA yesterday evening – she must have just been in Wyoming for about 24 hours, long enough to check in on Kanye and try to convince him to get more help, only to have him refuse. 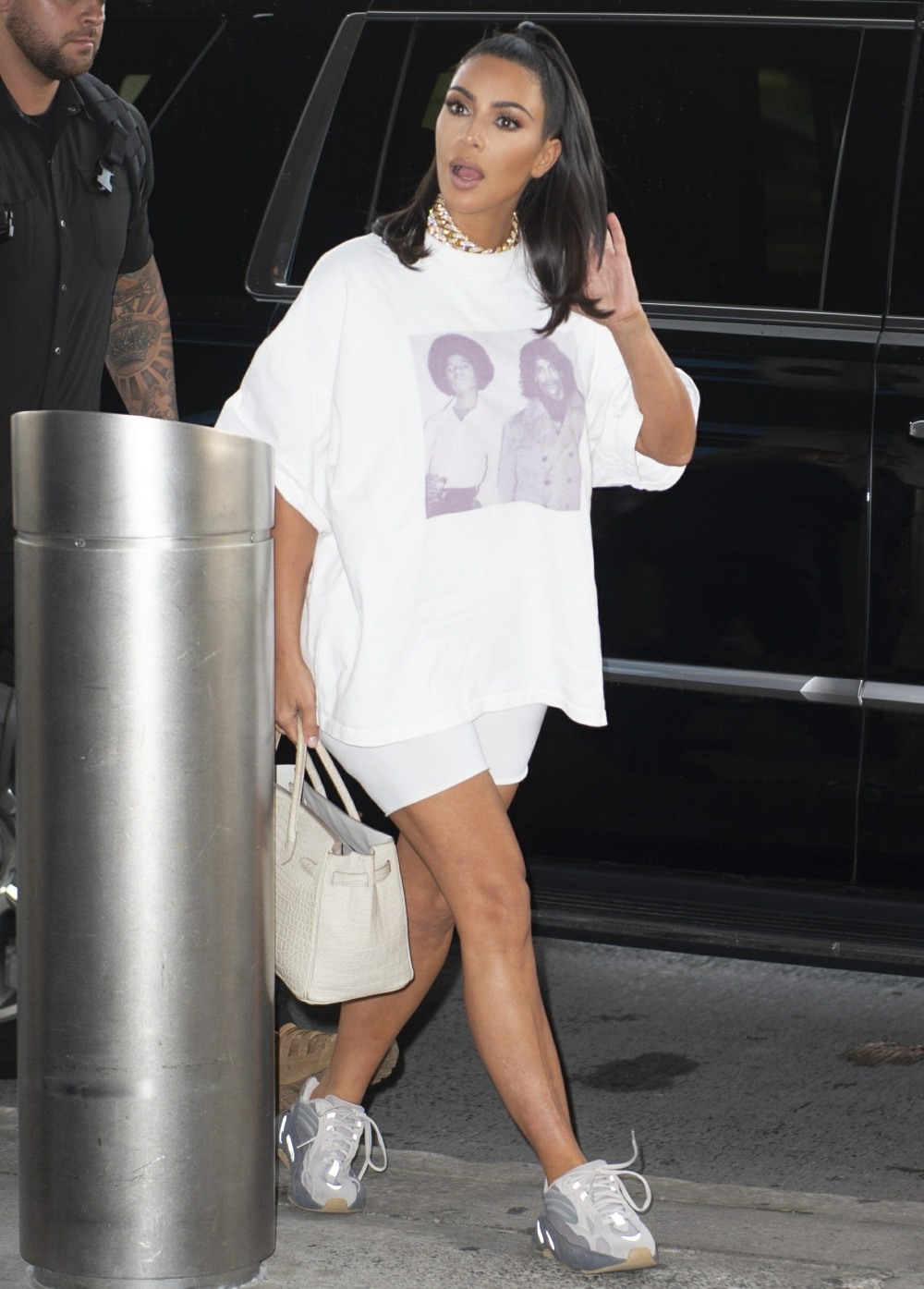