Perhaps her copy got lost? Kyle Richards opened up about her sister Kim Richards’ upcoming memoir and whether she received approval from her sibling before writing the book.

“Nothing’s been run by me,” the Real Housewives of Beverly Hills star, 51, told Us Weekly exclusively at Kendra Scott in Los Angeles on Wednesday, February 12. “I don’t know what to think. You know, I knew she was writing it because we talked about it a little bit but not specifics.”

Kyle acknowledged that the synopsis caught her off guard. “I mean, the headline was a little jarring,” she admitted. “I was like, ‘What’s that?’”

Despite the family drama the project could cause, the Bravo star insisted she has a solid relationship with Kim, 55. “I mean, we’re in a good place if we stay there and … I don’t know,” she said with a laugh. “I don’t have any other words right now.” 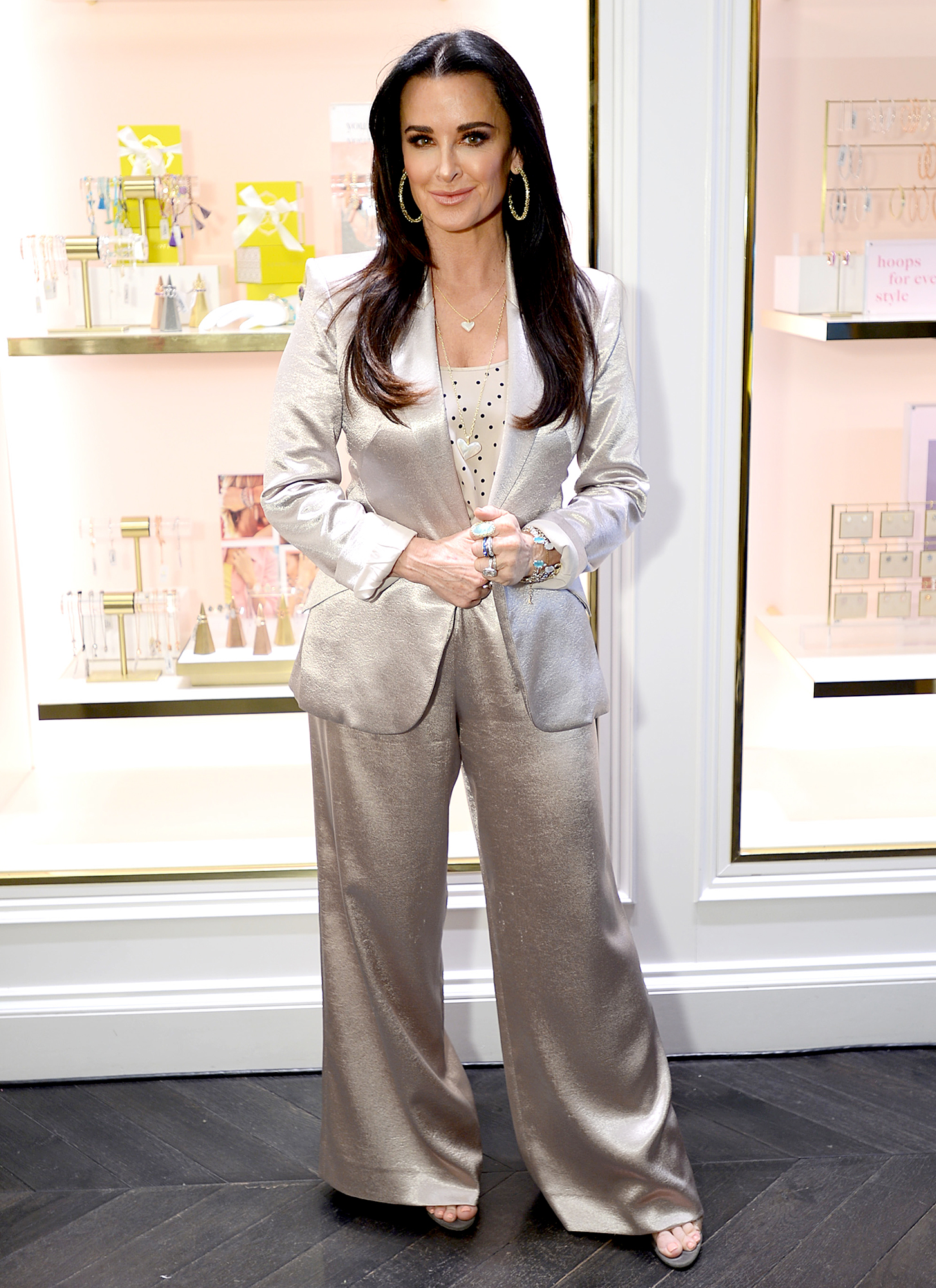 The Nanny and the Professor alum announced earlier this month that The Whole Truth: The Reality of It All will be released on April 28. “I’ve come to learn that holding onto secrets is like holding your breath. Finally, I feel strong enough to speak my truth,” she said in a statement at the time. “I am unafraid and unapologetic. I am ready.”

The memoir’s description made headlines for its depiction of Kim’s connection to her famous family. “The Whole Truth is the harrowing, all-too-real and ultimately empowering story of a woman who has been through hell and back, endured, grew strong and learned to become her own fiercest advocate,” the synopsis read. “The soul-baring confession of a woman revealing what it was like to be treated like a show pony as a child star, as a disposable object as a wife, a whipping post as a sister and as a tabloid commodity as a celebrity. But above all else, it is a triumphant tale of a determined woman who refused to be broken — a fierce, loving and relatable human who is strong, flawed and real.”

Kyle and Kim were at odds over the latter’s battle with alcoholism during season 1 of The Real Housewives of Beverly Hills. Us Weekly exclusively reported in August 2019 that Kyle suggested her sister seek treatment again, but Kim later left the emergency room against medical advice.

Ahead of the book’s release, the Halloween Kills star celebrated Galentine’s Day at Kendra Scott jewelry store, where 20 percent of every purchase benefited the Breast Cancer Research Foundation.

With reporting by Kayley Stumpe