Kylie Jenner seems to be planning out a convention based around her massively successful beauty products.

The 22-year-old Keeping Up With The Kardashians star filed to trademark the terms ‘Kylie Con,’ ‘Kylie Kon’ and ‘Kylie Museum’ for use in the near future, E! News reported on Wednesday.

She previously became the world’s youngest billionaire on the back of her Kylie Cosmetics empire. 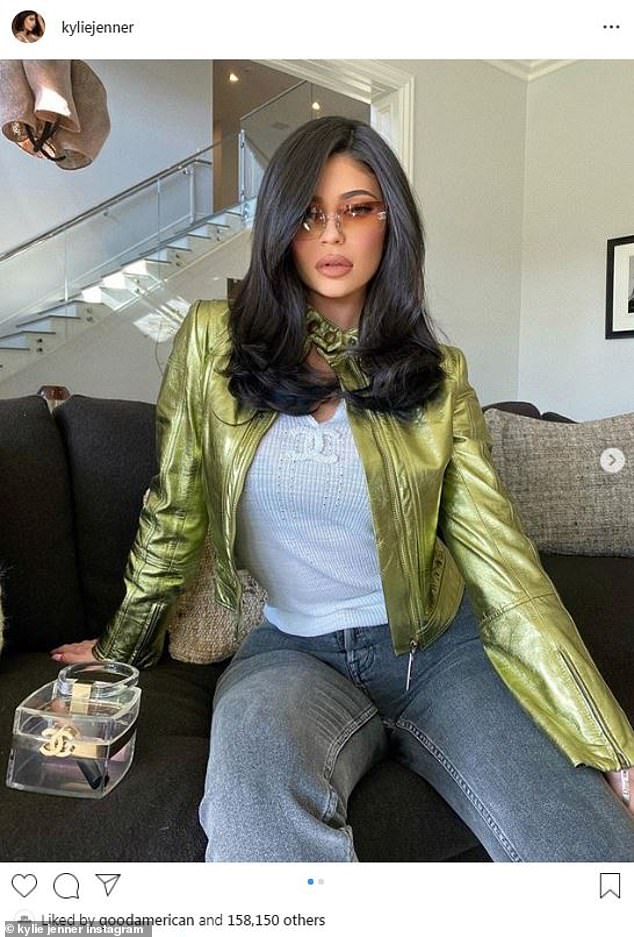 Scaling up: Kylie Jenner, 22, trademarked  ‘Kylie Con’ on January 9, which she plans to use for a convention, as well as to print on clothing, according to E! News

The filings were first reported by Washington D.C.–based trademark lawyer Josh Gerben on Twitter, along with a video with screenshots of the documents.

‘The filings were made on January 9th and indicate a new event, called KLYIE [sic] CON (or KON), is in the works,’ Gerben wrote

The documents state that Kylie is looking to trademark the terms in order to have workshops and classes, as well as an interactive component, all based around her beauty products.

She’s also seeking to print the terms on clothing aimed at both adults and children. 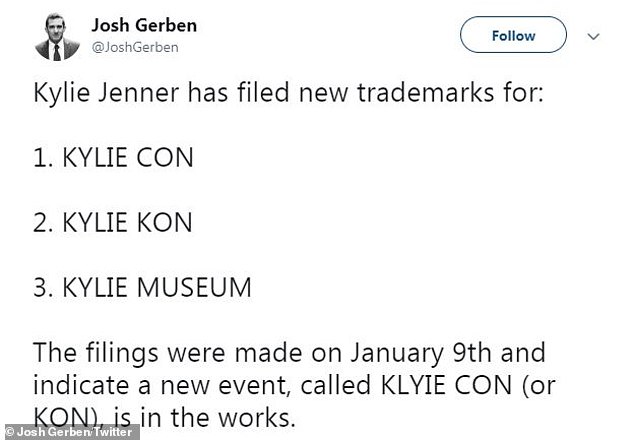 The scoop: The filings were first reported by Washington D.C.–based trademark lawyer Josh Gerben on Twitter, along with a video with screenshots of the documents 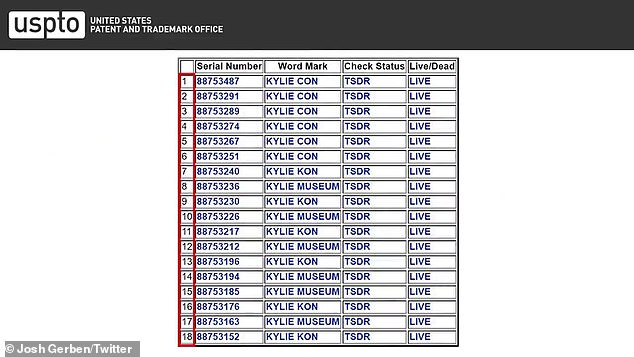 Coming soon: She also trademarked ‘Kylie Kon’ and ‘Kylie Museum,’ possibly for an exhibit at the convention

Gerben shared a short video on Twitter going through the various trademark filings and illustrating what the entrepreneur planned to do with the names.

In addition to the spelling variations on ‘Kylie Con,’ she seems to looking to have a ‘Kylie Museum,’ though it’s unclear if that would be a separate entity from the convention or just an exhibit located at the event. 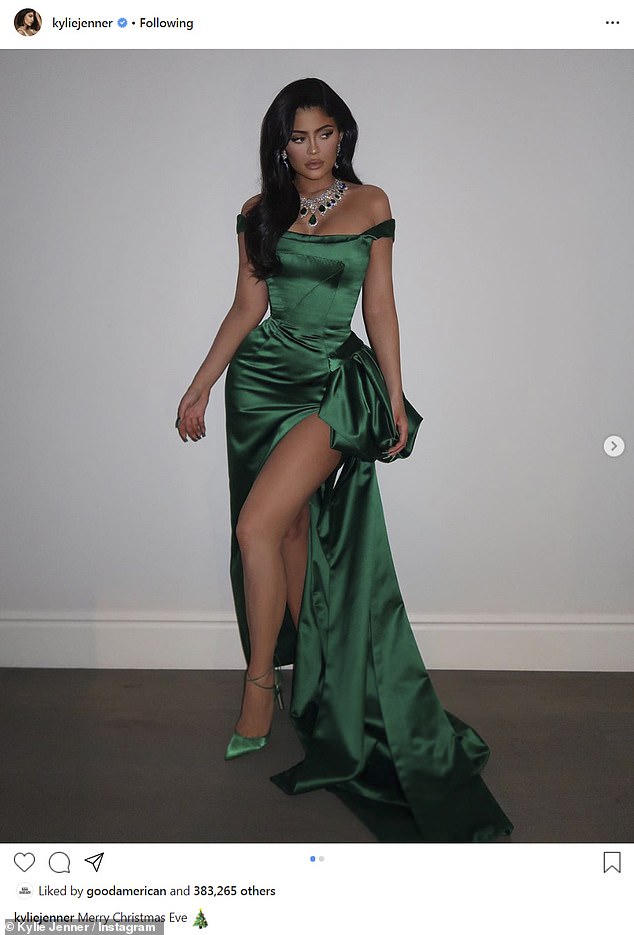 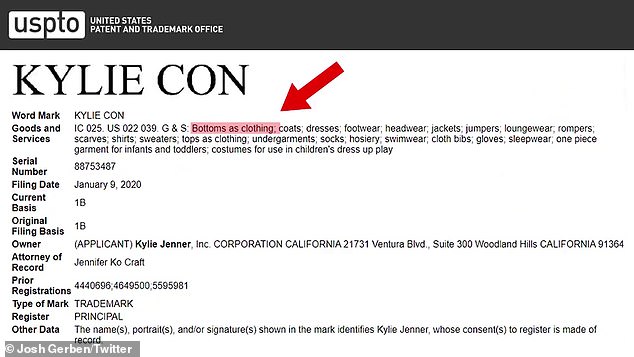 Thinking big: She also plans to print the terms on all kinds of clothing for both adults and children 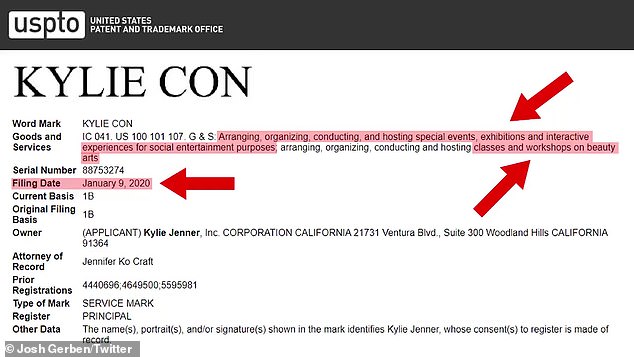 Huge event: The documents state that Kylie is looking to trademark the terms in order to have workshops and classes, as well as an interactive component, all based around her beauty products

Gwyneth Paltrow, who runs the Goop wellness empire, has set up her own conference to be held in San Francisco in November.

Tickets for the event, which counts former presidential candidate Marianne Williamson among its guests, cost between $1,000 for basic entry and $2,500 for a sold-out VIP pass.

Though she kept quiet about her future plans, that didn’t stop Kylie from promoting her own products.

The reality star shared sultry photos to Instagram of her impeccably made up face a lipstick and lip liner.

She stunned in a gold leather jacket and a gray ribbed Chanel shirt, which she paired with high-waisted jeans.

The 5ft6in beauty had her lustrous raven tresses cascading over her shoulders, and she covered up in some Chanel sunglasses. 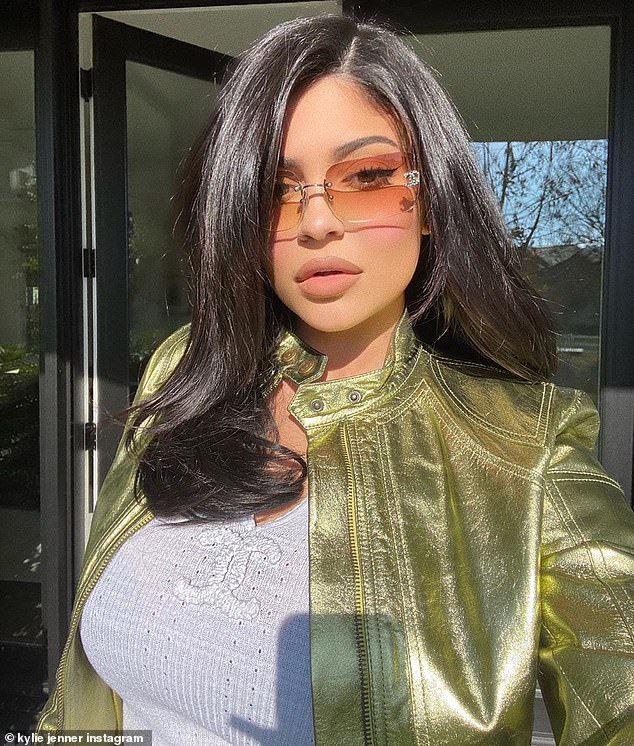 Stunning looks: Later on Wednesday, Kylie shared sultry selfies of herself in a gold leather jacket with a gray Chanel shirt while highlighting her new lipstick

Even as she’s preparing her own convention, Kylie is gearing up to celebrate her daughter Stormi’s second birthday on February 1.

The social media star revealed on Instagram recently that she’ll once again be working with celebrity party planner Mindy Weiss to create a sequel to the lavish Stormiworld birthday party.

The couple separated in October after dating since April 2017, though they’ve remained friends and committed co-parents to their daughter. 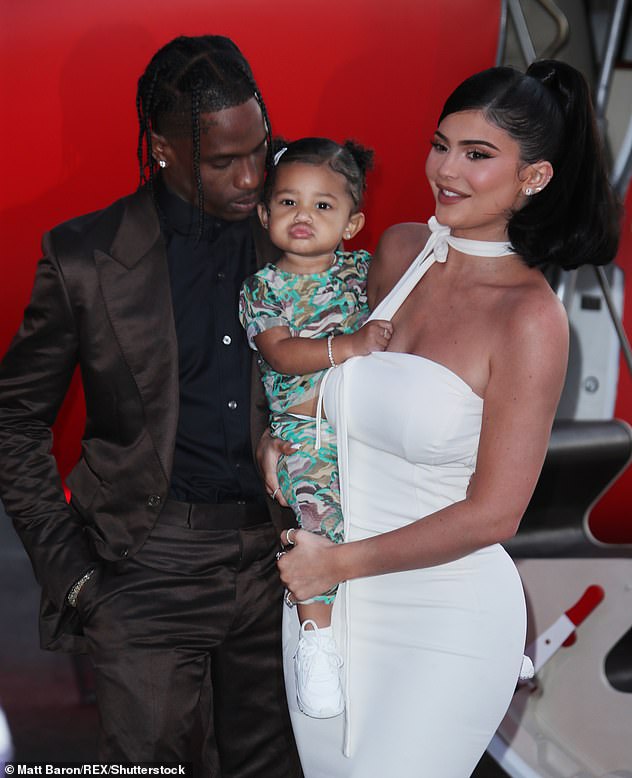 Happy birthday! Kylie is planning a massive Stormiworld sequel for her daughter Stormi’s second birthday. She shares the toddler with her ex Travis Scott, whom she separated from in October; shown in August