She’s been keeping busy in recent weeks by promoting her new OnlyFans account.

And Lauren Goodger turned up the heat once again as she uploaded raunchy images to Instagram on Tuesday.

The former TOWIE star, 34, sent her smitten boyfriend Charles Drury, 23, wild as he commented ‘oh my oh my’ underneath her sizzling posts. 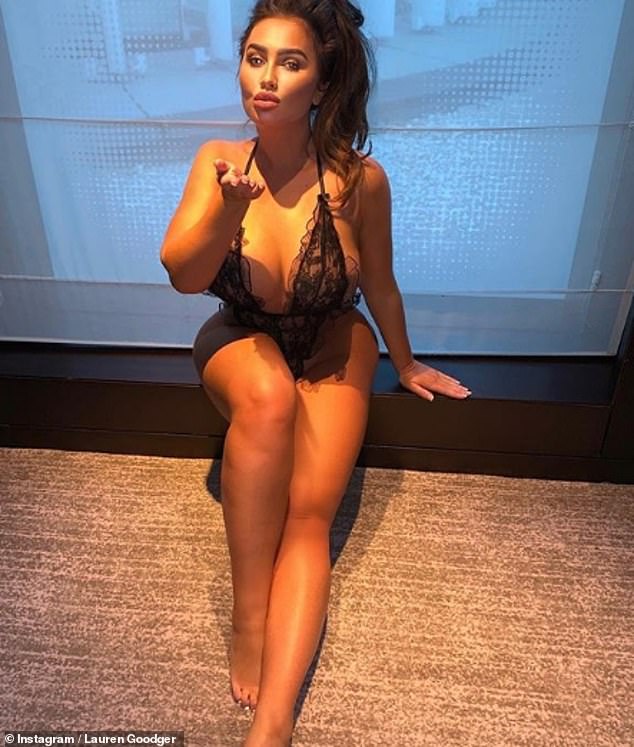 Less is more: Lauren Goodger turned up the heat once again as she uploaded raunchy images to Instagram on Tuesday

Flaunting her curvaceous figure, the model left little to the imagination in a lace black bodysuit, which featured a plunging neckline and daringly high-cut sides.

The media personality proved less is more as she wore her tresses in a tousled ponytail and complemented her beauty with matte make-up.

Plugging her tanning range, the beautician wrote in an accompanying caption: ‘Keep bronze with @lgbeauty. 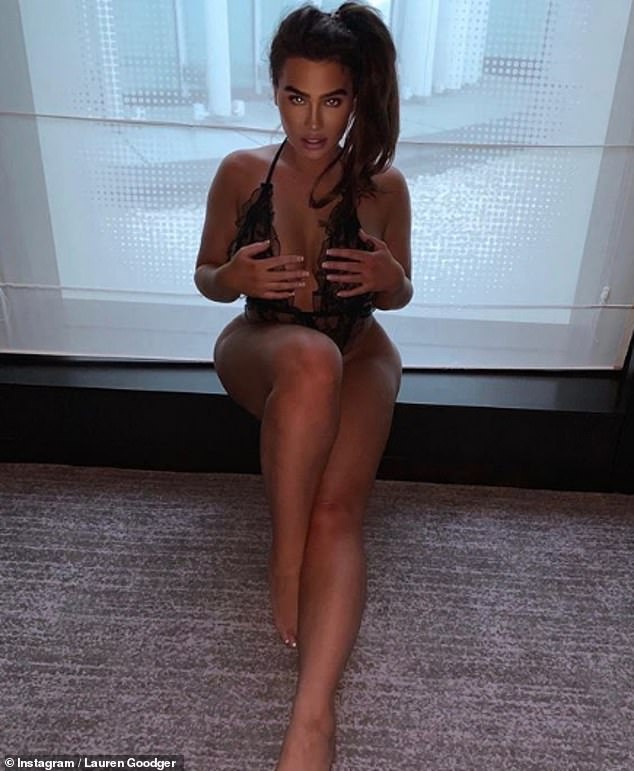 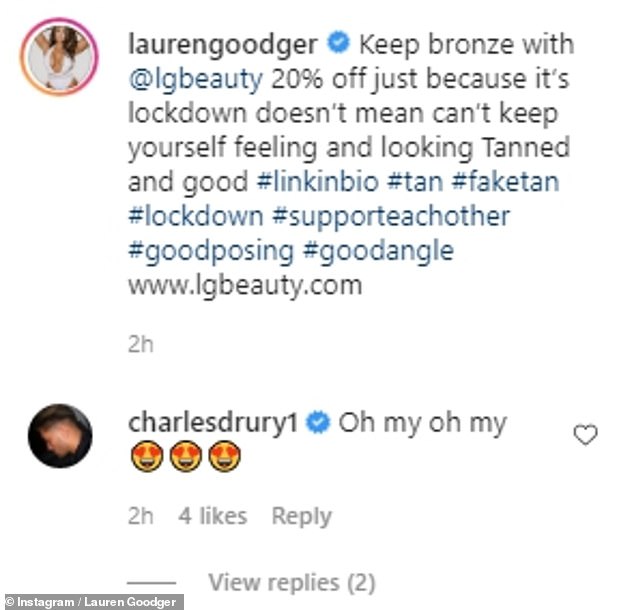 In awe: The former TOWIE star, 34, sent her smitten boyfriend Charles Drury, 23, wild as he commented ‘oh my oh my’ underneath her sizzling posts

Prior to her romance with the builder, the brunette was in a relationship with Mark Wright, 33, on TOWIE, and also dated jailbirds Joey Morrison and Jake McLean.

In 2019, the TV star opened up about her two year romance with Joey, who was sentenced for drug related crimes, saying: ‘My ex was my biggest mistake. 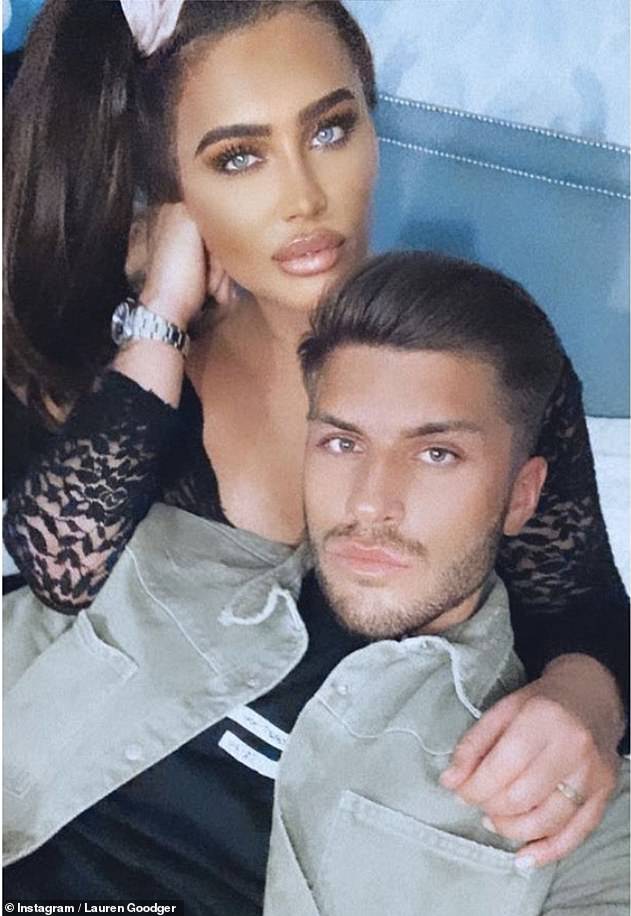 Whirlwind: It was recently claimed she had moved builder Charles into her Essex home just three weeks after they began dating

‘I wasted two years when I could have been dating. I wish I hadn’t waited for him to come out.’

Meanwhile, Charles previously dated former glamour model Katie Price, 42, in 2019 following her engagement breakdown to Kris Boyson, 32, who Lauren has previously been accused of flirting with.

Charles did a tell-all interview on his romance with Katie, where he claimed she was ‘lazy in bed’ and he found her performance ‘disappointing.’ Katie is now in a new relationship with Carl Woods, 31, who first found fame on ITV’s Love Island. 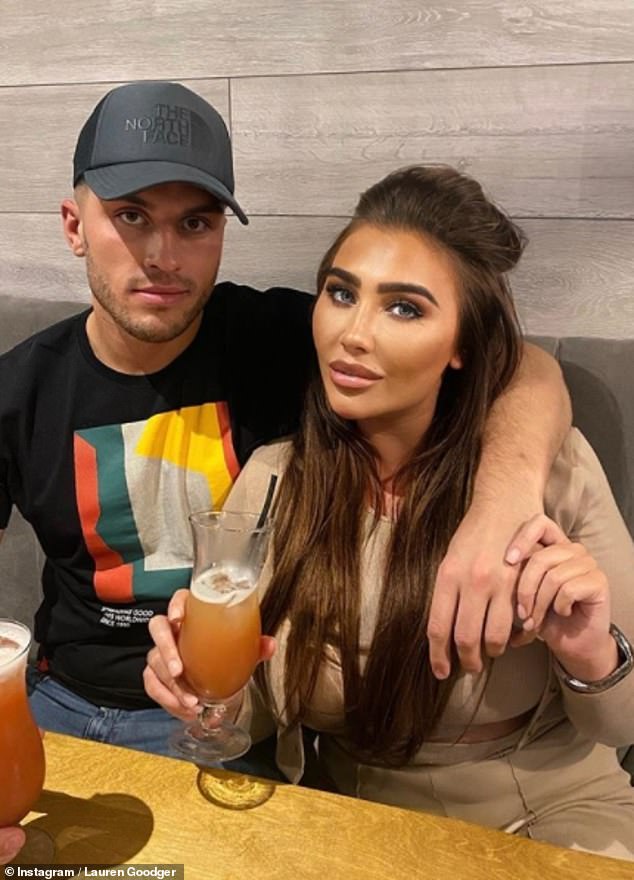 Going strong: Last month, the beautician declared she loved Katie Price’s ex as their romance goes from strength to strength